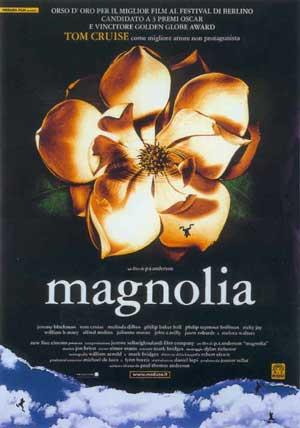 The following weapons were used in the film Magnolia:

Kurring with his Beretta as he makes a discovery.

Officer Kurring found his Beretta 92FS after the frog rain. 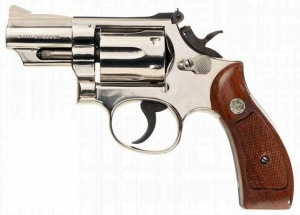 Gator points the gun to his head.

He points the gun to the head while contemplating.

Other LAPD officers can be seen carrying Smith & Wesson Model 15 revolvers as their sidearms.

The S&W revolver is seen in the holster.

Officer Jim Kurring (John C. Reilly) takes to the car a dark wood Winchester M1897. In reality, this is not an LAPD-approved shotgun.

Kurring goes to the car.

The angry woman menaces her husband.

The boy reloads his shotgun.
Retrieved from "http://www.imfdb.org/index.php?title=Magnolia&oldid=861004"
Categories: