Madame Nobel is a 2014 Austrian-German-Czech television film directed by Urs Egger which was first broadcast on December 10, 2014, on ORF, and on January 3, 2015, on Ersten. The screenplay by Rainer Berg and Thomas Wendrich is based on the play Mr. & Mrs. Nobel by Esther Vilar. From the very first moment, the brilliant chemist Alfred Nobel is fascinated by the self-assured appearance of the penniless noblewoman Bertha. She is supposed to give him a hand in business. Unfortunately, Bertha is already taken. Her heart belongs to the young daredevil Arthur Freiherr von Suttner. The two marry hastily and move to the Caucasus where they witness the Russo-Turkish War (1877-1878). Nevertheless, the contact with Nobel does not break off. Bertha and the quiet dynamite inventor remain closely connected by letter and become more and more indispensable allies in the idealistic struggle for a more peaceful, just society.

The following weapons were used in the film Madame Nobel: 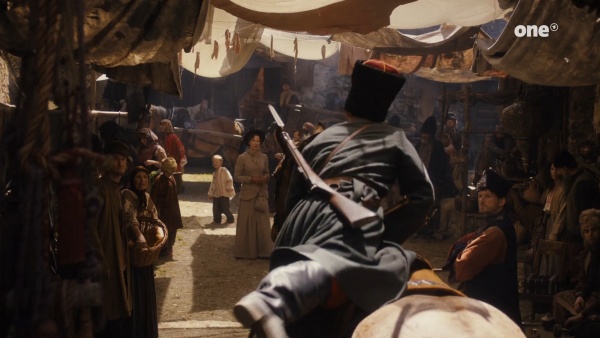 The servant (Perica Antov) of princess Jekatarina dismounts from his horse. 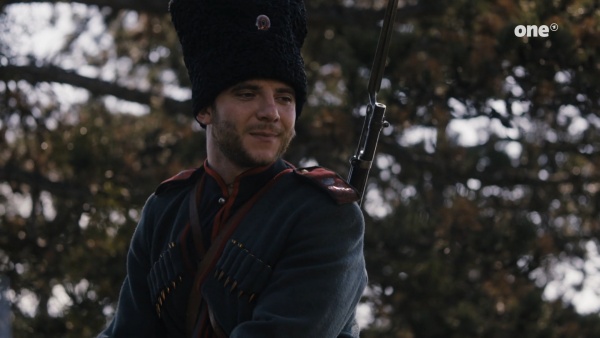 A closer view of the muzzle view attached bayonet. 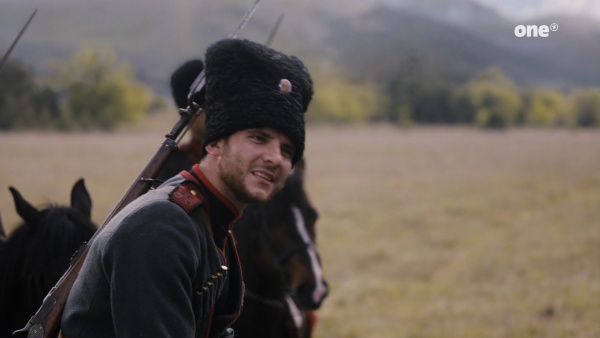 The servant bends which shows the breechloading-mechanism. 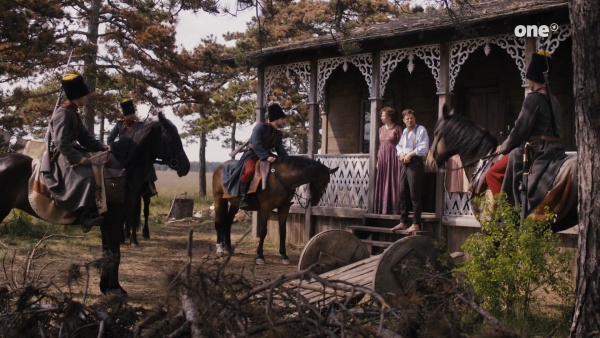 The three cossacks with their slung Werndls. 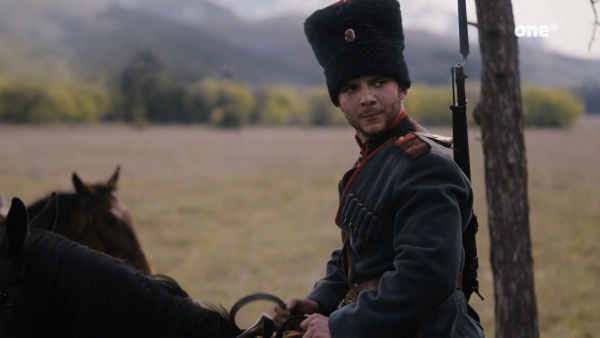 A view of the left side of the carbine.

Instead of accurate Berdan No. 2 rifles, the Prussian Dreyse Model 1841 needle gun is the main weapon for Russian infantrymen. 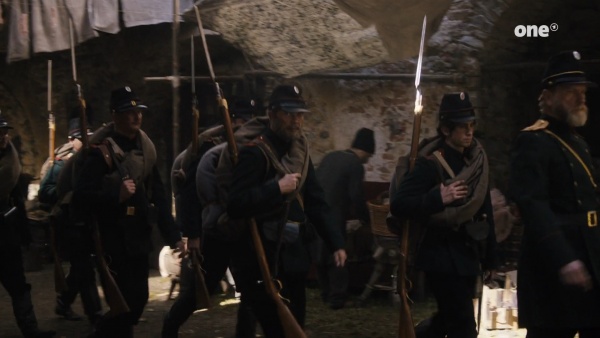 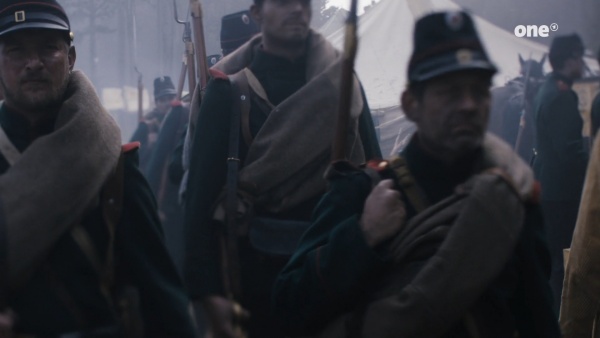 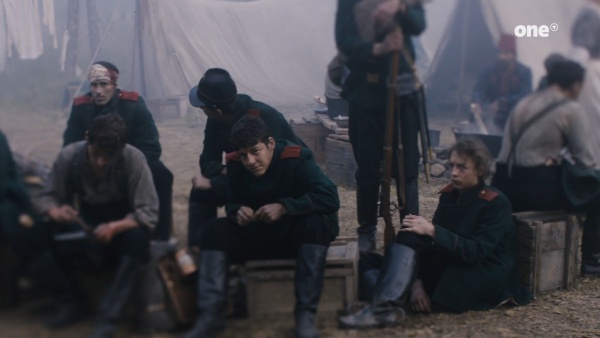 A Russian officer is briefly seen with a holstered revolver. 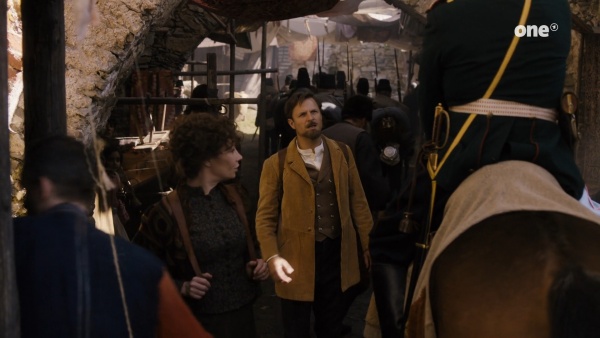 The bottom of the grip is seen on the right.

What appears to be a Wheellock Pistol is seen with the princess' servant. 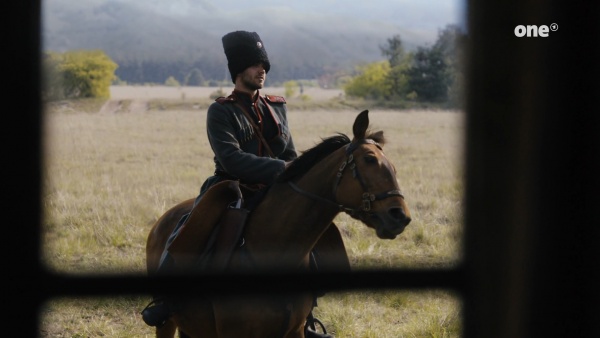 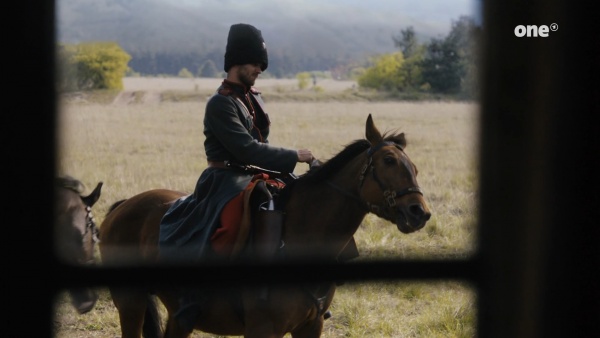 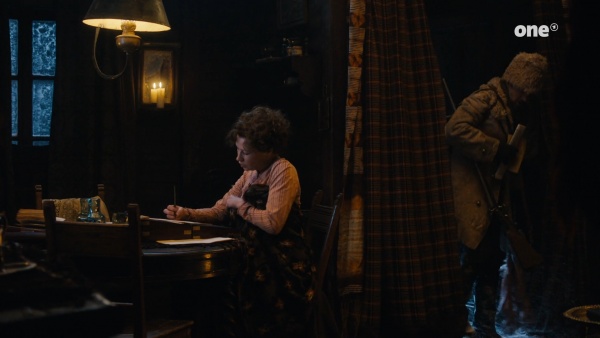 Arthur came back from the hunt. 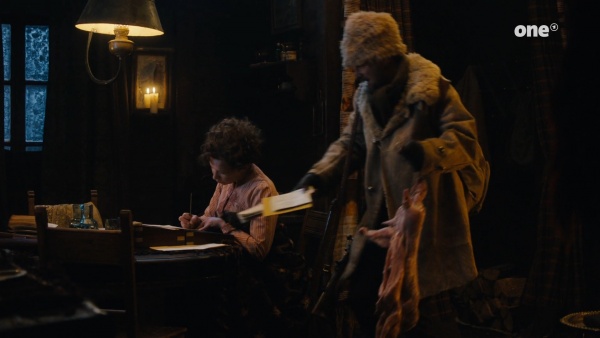 A closer view of the trigger guard.
Retrieved from "http://www.imfdb.org/index.php?title=Madame_Nobel&oldid=1474421"
Categories: