Korth Waffen is a high-end firearms manufacturer based in Lollar, Hesse, Germany. 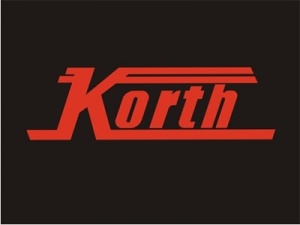 The company was founded in 1954 by Willi Korth, a railway engineer, who began his business in a basement workshop making alarm revolvers. Korth later expanded his business to a location in Ratzeburg, with the goal of making the finest and toughest revolvers in the world. Willi Korth died in 1992, leaving the development of his autopistol unfinished, with its production by his successors falling short of carrying on his legacy. In 1999, Korth underwent bankruptcy following a long production slump, and in 2008, the original Korth factory in Ratzeburg closed its doors, but six months later, on 22 April 2009, Andreas Weber and Martin Rothmann revived the Korth trademark in Lollar near Giessen and are continuing to make the fine Korth firearms to this day, including re-making the original Korth Semi-Automatic. All of the company's revolvers are custom made by hand out of hardened forged steel for a long life. Willi Korth claimed that you could fire 50,000 rounds of .357 Magnum ammunition and still group half an inch at fifty yards away. Korth revolvers, particularly their flagship model, the Korth Combat, are iconic and regarded as some of the finest revolvers ever made.