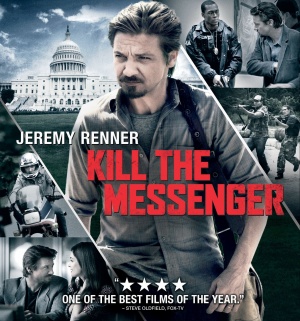 The following weapons were used in the film Kill the Messenger:

When someone appears outside his house, Gary Webb (Jeremy Renner) takes what appears to be a Smith & Wesson Model 66 revolver with him to go outside. He fires off a round to scare off the intruder.

Deputies with the Orange County Sheriff's Department are armed with the Beretta 92FS while conducting a raid at the film's beginning.

DEA agents are armed with the Glock 17 while conducting a raid at the film's beginning.

The guards at the Nicaraguan prison are armed with AKM rifles.

The leader of the men at the airstrip is seen armed with an Heckler & Koch HK51.

The Heckler & Koch HK33A2 is carried by the one of the men that confronts Webb at an airstrip.