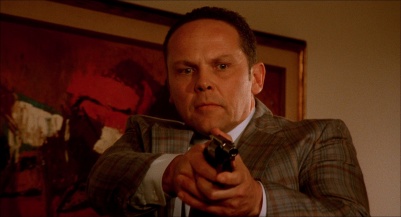 Kevin Chapman with a snub-nosed Smith & Wesson Model 10 as O'Leary in Black Dynamite. 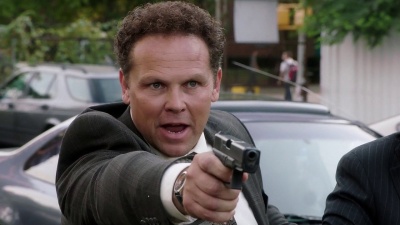 Kevin Chapman is an American actor who is well known to television audiences for his role as Detective Lionel Fusco in the series Person of Interest. He also has appeared in such films as Mystic River, Black Dynamite, and The Boondock Saints.