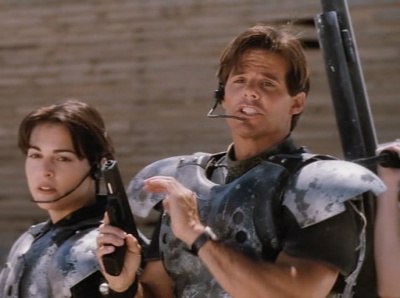 Ken Olandt (born 1958) is an American actor/producer who has appeared in such films as Leprechaun, Summer School, and Digital Man in addition to his numerous television roles, particularly in series from the 1980s and 1990s including JAG, Riptide and Super Force. He also is a co-founder of Unified Film Organization, LLC., a company specializing in film production and licensing.