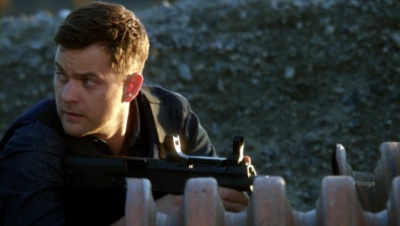 Joshua Jackson with a Jian She Type-05 as Peter Bishop in Fringe.

Joshua Jackson is an actor best known to television audiences for his roles as Pacey Witter in the WB series Dawson's Creek as well as Peter Bishop in the FOX sci-fi series Fringe. In addition, he also has had roles in several films including as Charlie Conway in The Mighty Ducks and its sequels.