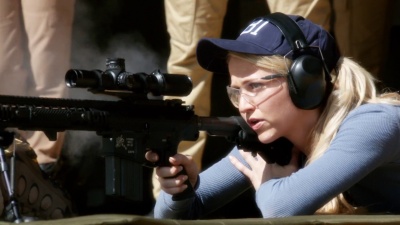 Johanna Braddy as Shelby Wyatt firing her SR-25 on a range in Quantico (2015). 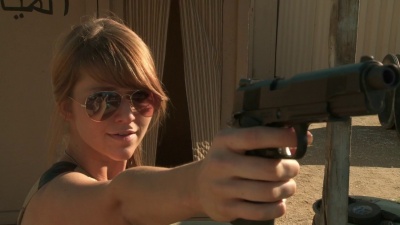 Johanna Braddy as Jenny Matrix finishes off a training run in "The Pit" episode of Video Game High School with a single pistol shot. (S01E03)