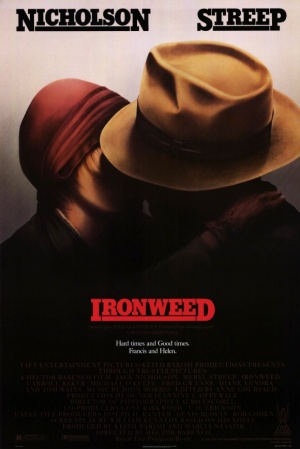 Ironweed is a 1987 drama that stars Jack Nicholson and Meryl Streep as a homeless couple who try to survive during the Great Depression.

The following weapons were used in the film Ironweed:

Francis (Jack Nicholson) remembers in a flashback a 1901 trolley strike in which there are US Army soldiers present to defend a Trolley conductor from an angry mob. All the soldiers are seen carrying and firing Krag-Jørgensen Rifles. 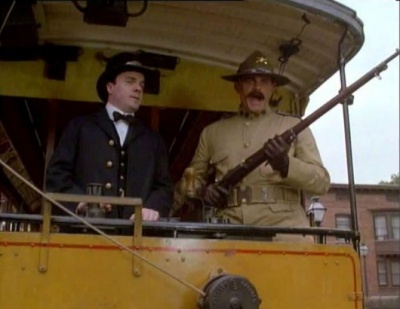 The commanding officer (Jared Swartout) shouts at the crowd to disperse, while he wields a Krag-Jørgensen rifle. 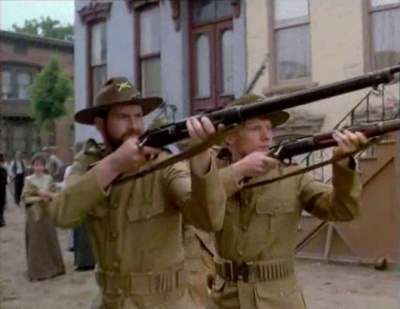 The US Soldiers take up positions and take aim with their rifles. 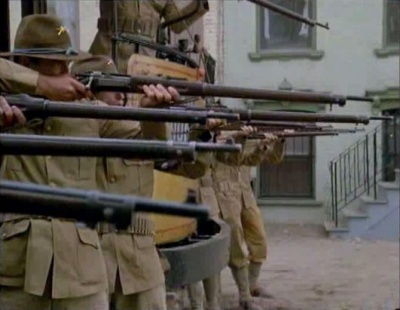 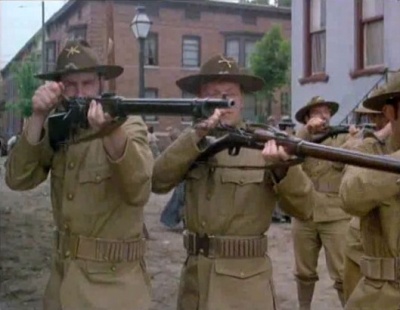 The soldiers work the action on their Krag-Jørgensen Rifles, as they continue to fire on the mob.

During the same scene, one angry mob member attempts to attack the train conductor, but he is struck in the face by the Army commander's (Jared Swartout) rifle butt, the rifle in this scene switches from a Krag-Jørgensen rifle to a WW2 1903A3 Springfield Rifle, which would be anachronistic to the time period as the flashback takes place in 1901 and the 1903A3 was made during the 1940s, the weapon also appears to be a non-firing prop rifle and was used most likely as a real rifle would be heavier and would hurt a lot more if the butt were to strike someone in the face. 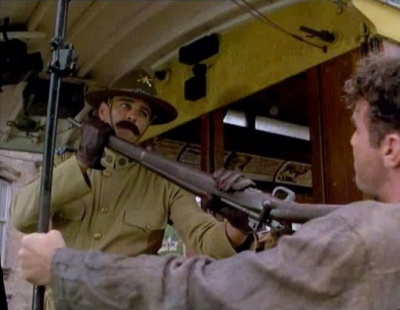 The commander (Jared Swartout) holds the butt of his rifle on a mob member, you can see the lack of the receiver attached magazine and magazine door, which is exclusive to the Krag rifle. You can also see how the trigger and trigger guard are one piece showing it is a prop rifle. 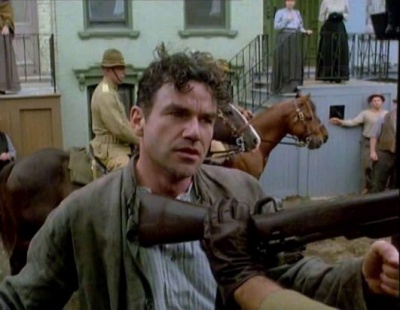 Same scene different angle and view of the 1903A3
Retrieved from "http://www.imfdb.org/index.php?title=Ironweed&oldid=1291857"
Categories: