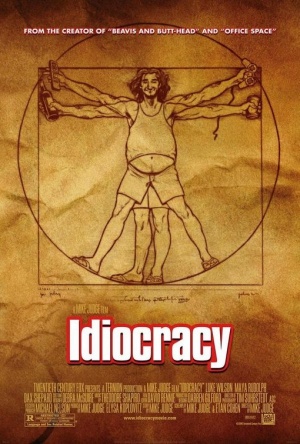 Idiocracy is a 2006 satirical dystopian comedy directed by Office Space director Mike Judge, starring Luke Wilson, Maya Rudolph, Dax Shepard, Terry Crews and numerous veterans from Office Space such as Dave Herman, Stephen Root and Greg Pitts. It tells the story of Joe Bauers (Wilson), a US Army clerk and Rita, a prostitute, who are put into hibernation for a military project, but are forgotten and only wake up 500 years later in a world where commercialism and anti-intellectualism have run rampant, and that these two people of statistically average intelligence from 2005 are now the two smartest people on the planet in 2505.

Like Office Space, Idiocracy is now a cult hit, as it saw very little promotion during its very short theatrical run in September of 2006. Some have attributed this to testing poorly, although it has since received generally positive reviews from critics. Others have claimed that Fox wanted to distance itself from the film and its themes of low-intelligence dysgenics and its anti-corporate message, but was contractually obligated to give the film a theatrical release, no matter how small or poorly promoted.

The following weapons were used in the film Idiocracy:

US Army MPs are wielding M1911A1s when they come to arrest Lieutenant Colonel Collins for pimping. In reality, said MPs would most likely have been carrying the then standard-issue Beretta M9. 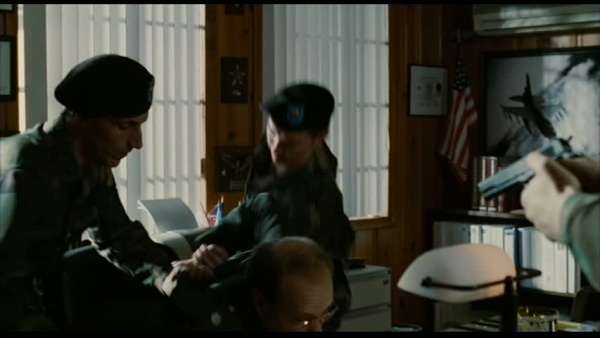 Two MPs secure LTC Collins as another holds an M1911A1 on him. The pistol is not ready to fire, however, as the hammer is not cocked.

In the "House of Representin'", a Steyr AUG can be seen handled by a Representative. The shot is brief and dark, but the weapon is definitely a Steyr AUG.

A Representative is handling a Steyr AUG. Note the translucent magazine, foregrip, ejection port and scope. 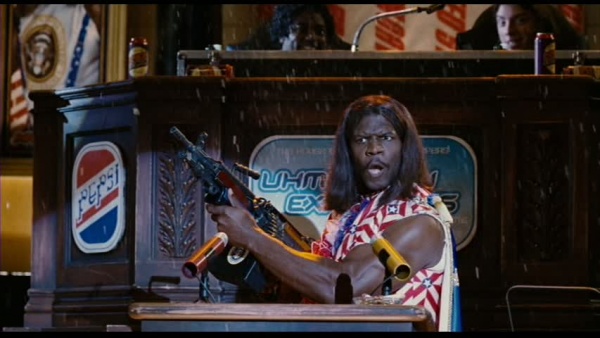 Note the presidential seal on the ammo box. 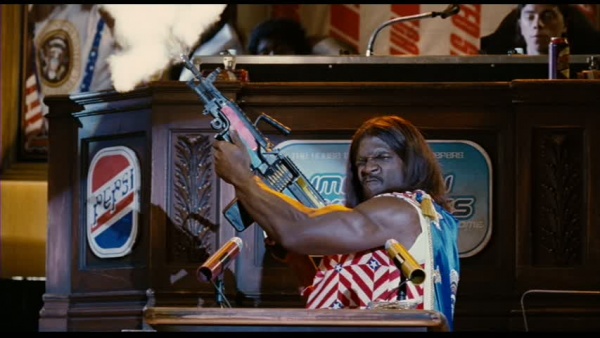 One of the few times a weapon is actually fired onscreen in the film.

Browning M2 Aircraft machine guns are used as sentry guns in the prison and open fire when Joe makes his escape. But since their programmers aren't that bright, one eventually destroys the other. 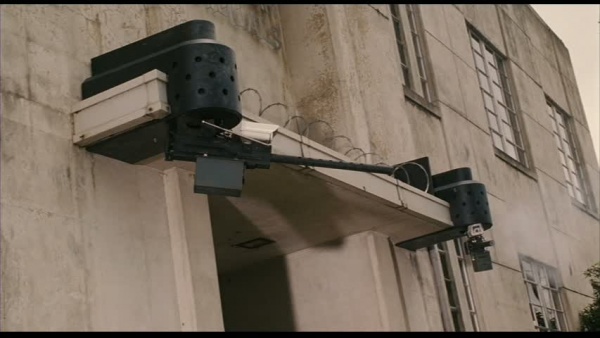 Spade grips are attached, even though they are remotely operated. The ammo box does not appear to actually feed ammo. 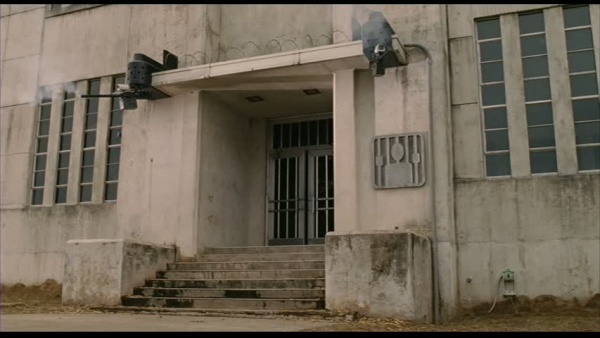 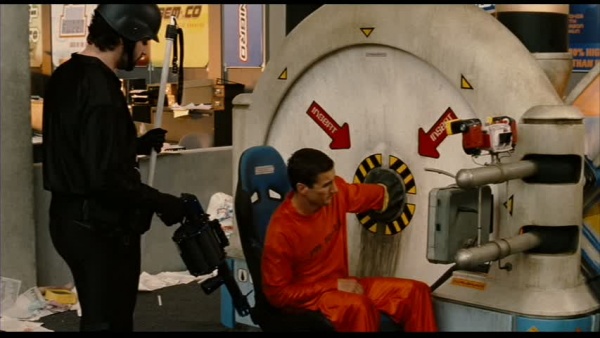 A guard stands over Joe as he's tattooed. 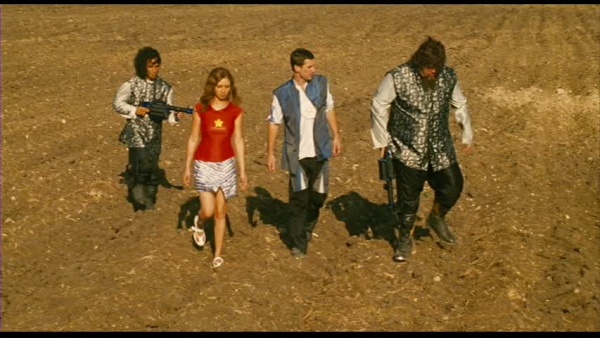 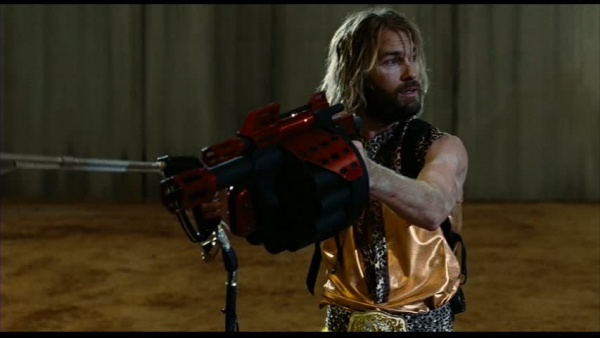 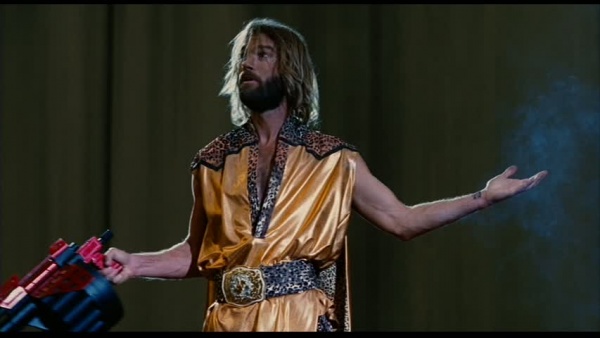 Beef Supreme also uses a custom flame thrower, which appears to be a modified nozzle from a power washer. 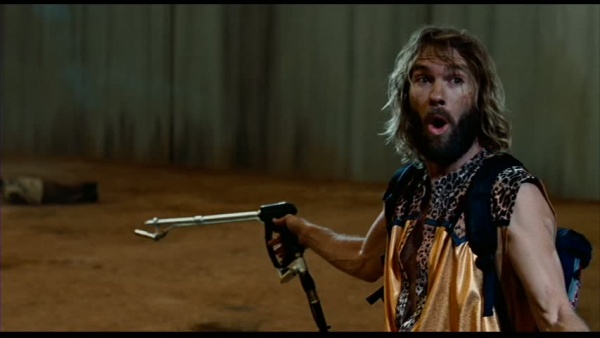 Beef Supreme reacts after accidentally setting someone on fire.
Retrieved from "http://www.imfdb.org/index.php?title=Idiocracy&oldid=1079055"
Categories: