I Spit on Your Grave is a 2010 remake of the controversial 1978 cult rape and revenge horror thriller film. The remake was directed by Steven R. Monroe and stars Sarah Butler, Jeff Branson, and Andrew Howard. The remake would also spawn a 2013 sequel.

The following weapons were used in the film I Spit on Your Grave (2010): 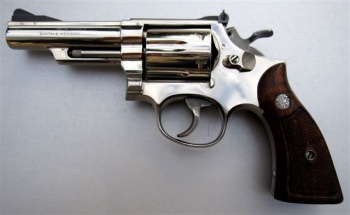 Sheriff Storch (Andrew Howard) carries what appears to be a blued Taurus Model 605 as his sidearm. 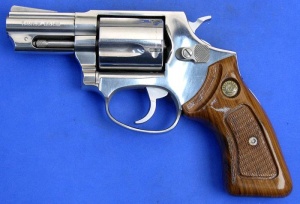 Sheriff Storch (Andrew Howard) own also a Mossberg 500A shotgun.

Earl Woodason (Tracey Walter) uses what appears to be a variant of the Winchester Model 70 rifle with a scope.