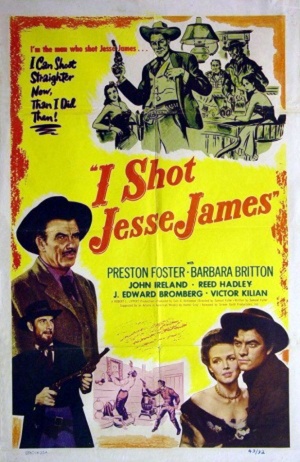 I Shot Jesse James (1949) was the first motion picture written and directed by Samuel Fuller (The Steel Helmet, Merrill's Marauders, The Big Red One). "The dirty little coward, who shot Mr. Howard," Robert Ford (John Ireland), cannot live down his reputation for shooting his best friend, Jesse James (Reed Hadley), in the back. His effort to start over in Colorado is doomed.

The following weapons were used in the film I Shot Jesse James:

Throughout the film, Jesse James and his gang carry a Single Action Army. 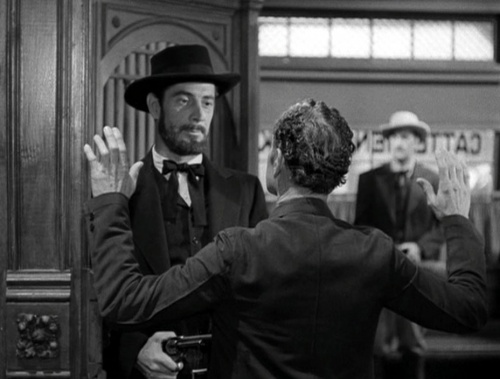 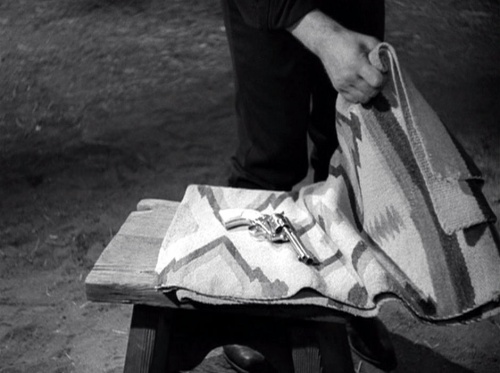 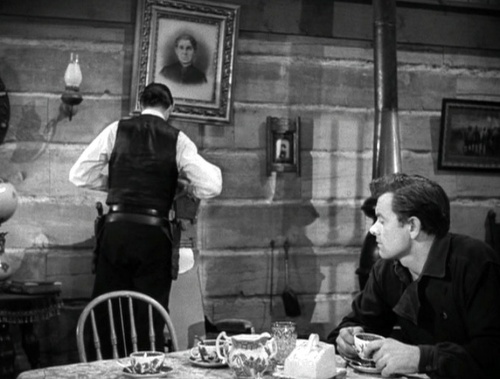 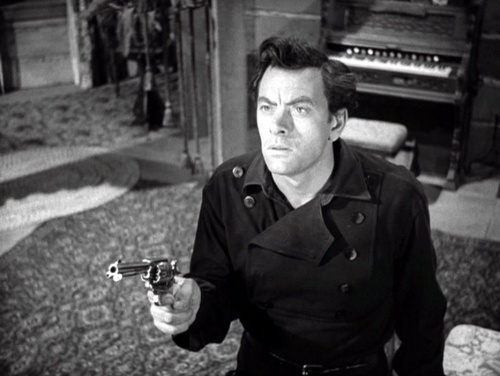 Bob Ford makes up his mind. 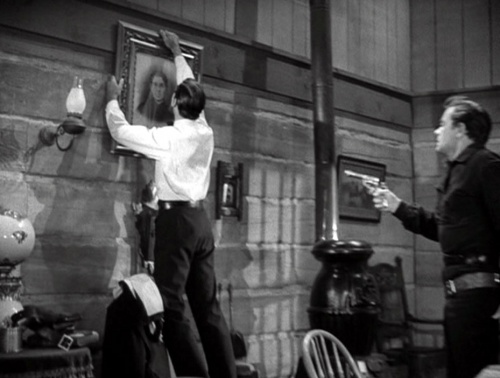 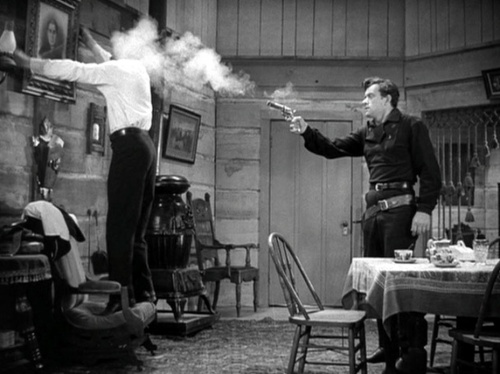 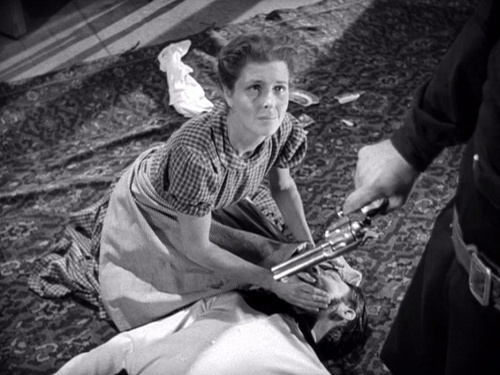 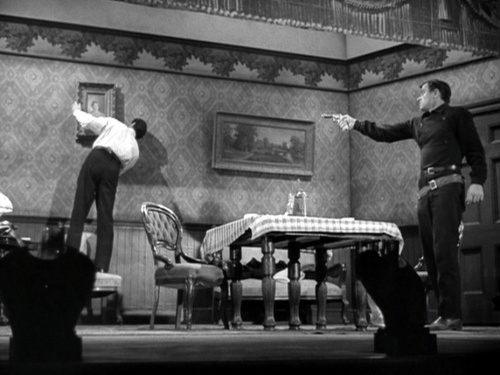 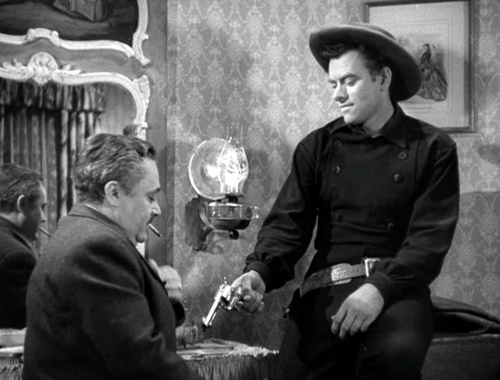 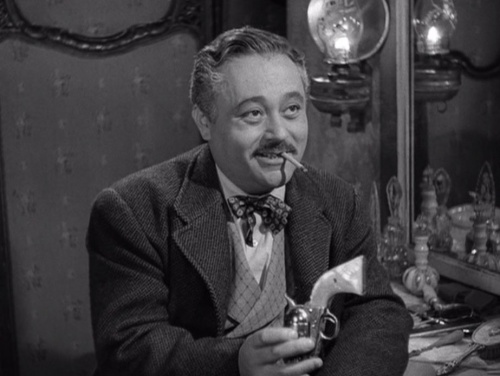 Kane (J. Edward Bromberg) speculates that the gun will one day be a museum piece. 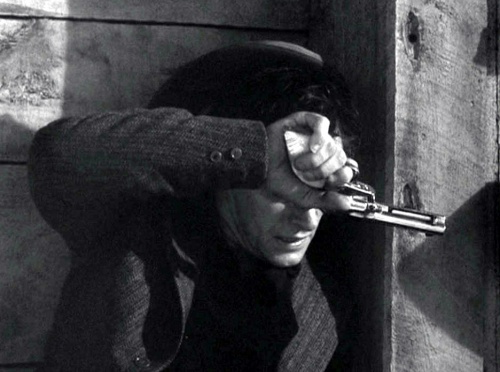 Bob Ford cannot outrun his past. 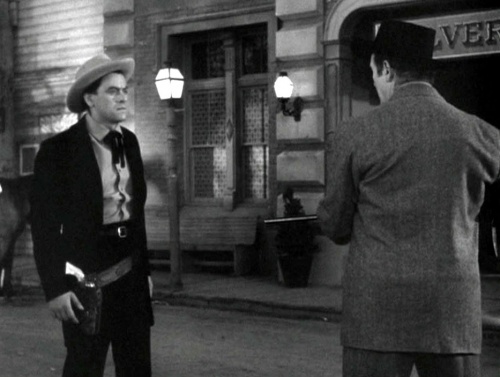 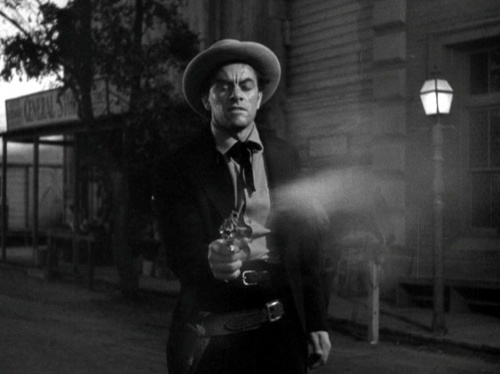 Bob Ford fires the Colt for the last time. 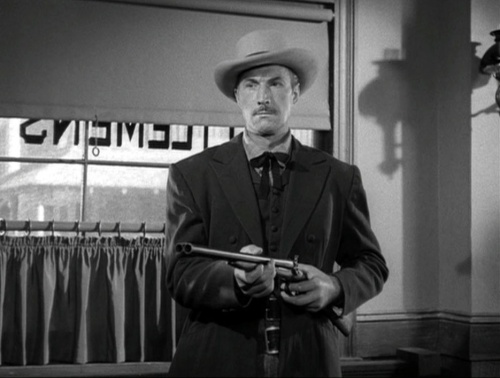 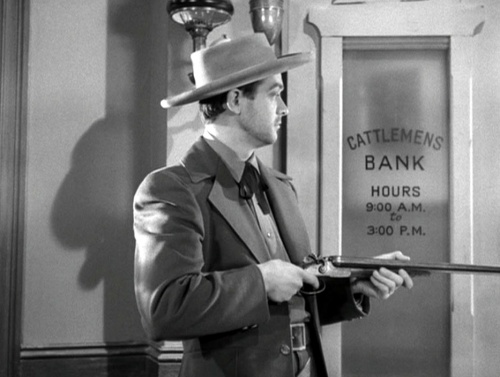 A gang member watches the door. 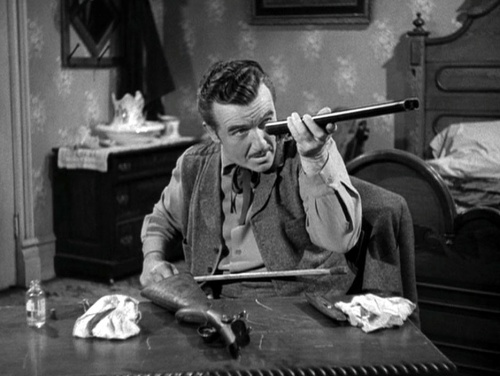 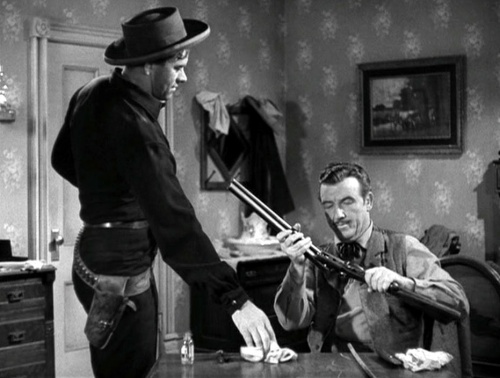 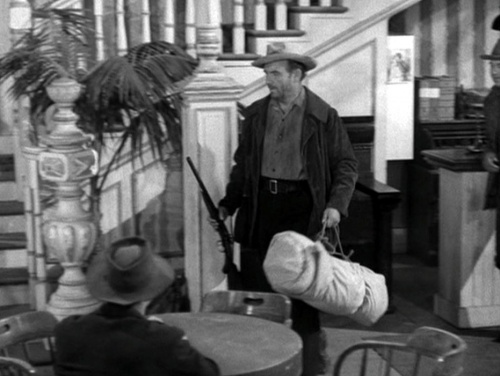 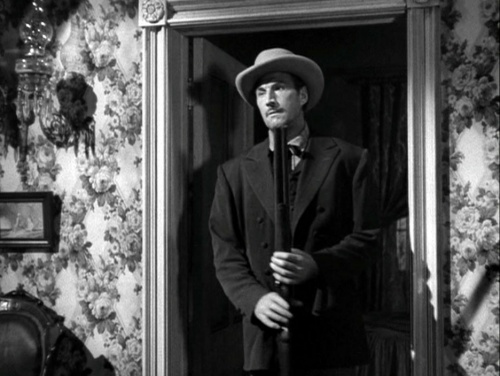 Frank James arrives in town, looking for the "dirty little coward" who shot his brother. 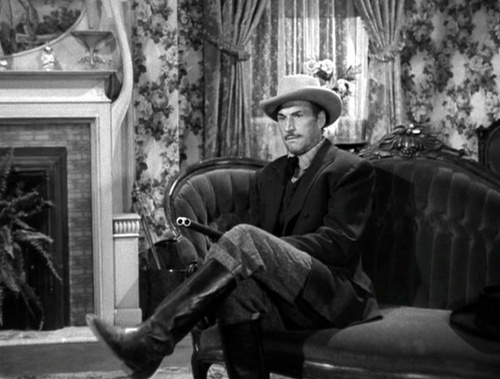 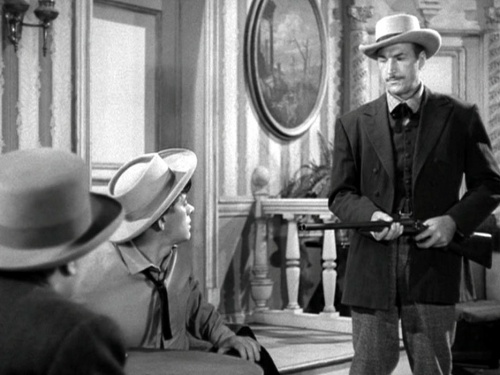 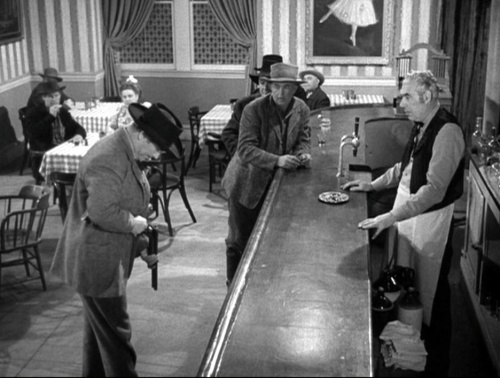 Kelley prepares for the showdown. 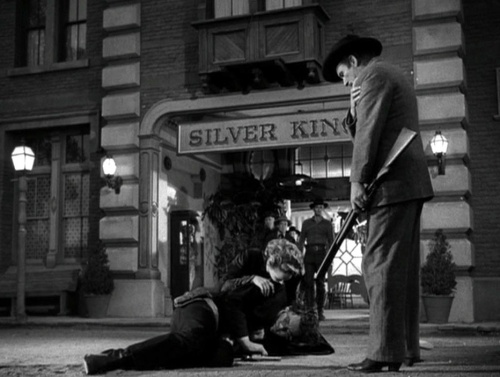