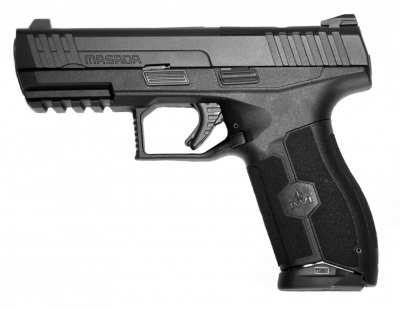 The IWI Masada (stylized as MASADA) is a polymer framed semi-automatic pistol produced by Israel Weapon Industries in 2017. The pistol features a low profile barrel for reduced perceived recoil and ambidextrous controls.

The IWI Masada and variants can be seen in the following films, television series, video games, and anime used by the following actors: