The following weapons were used in the film Howard the Duck:

Cleveland police officers and Ohio state troopers carry 4-inch Smith & Wesson Model 19 revolvers as their standard weapon. A Cleveland cop brandishes his weapon when they declare 'Shoot to kill' on Howard the Duck. One officer's Model 19 revolver is taken and wielded by Beverly (Lea Thompson) after she and Howard have a brief scuffle with said officer, resulting in their escape from the Dynatechnics lab. 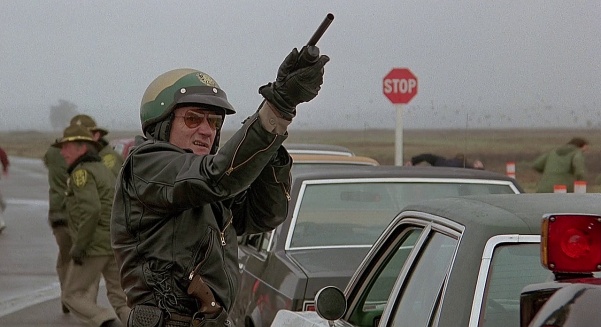 The Ohio trooper carries the revolver. 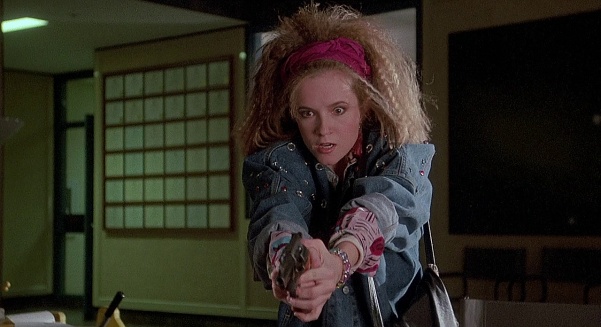 An officer's Model 19 revolver is taken and wielded by Beverly (Lea Thompson).

A diner patron draws a nickel Smith & Wesson Model 36 when the Dark Overlord of the Universe inhabiting the body of Dr. Jenning (Jeffrey Jones) begins destroying the diner but is blasted by the Dark Overlord-Jenning before he can use it. The revolver is seen only for a few frames and at a distance so it is hard to fully ID properly - It is seen with a light-color which means it is most-likely a nickel-plated variant. It could possibly a stainless Model 60, but it is uncertain. 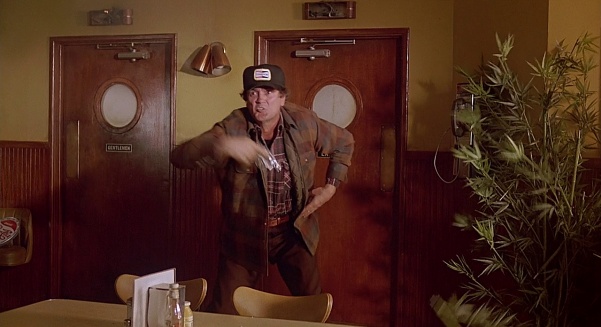 A Smith & Wesson 3000 Shotgun is used by an Ohio state trooper when the Dark Overlord of the Universe inhabiting the body of Dr. Jenning (Jeffrey Jones) attacks another trooper immediately after he and Beverly (Lea Thompson) run into a smog inspection checkpoint. 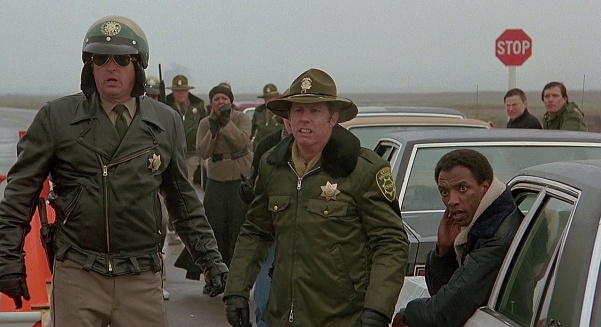 From behind the Ohio trooper on the left wearing glasses, the shotgun is just barely visible from behind his head. 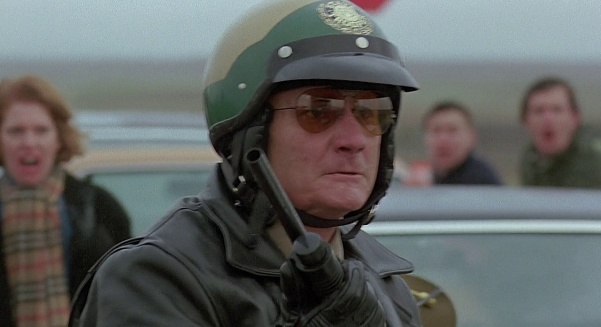 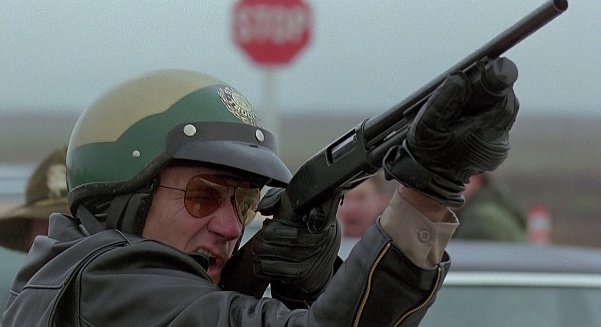 He is about to take another shot when he sees the dark overlord's powers.

Other Ohio state troopers fire Ithaca 37 shotguns at Howard the Duck (played by Ed Gale and voiced by Chip Zien) and Phil (Tim Robbins) during the latter part of the Ultralight Glider chase. 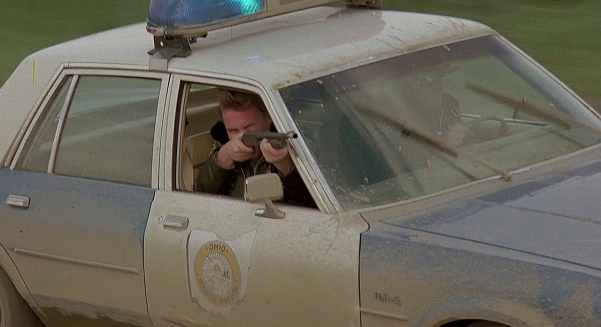 An Ohio trooper fires his Ithaca 37 shotgun at Phil and Howard during the glider chase. 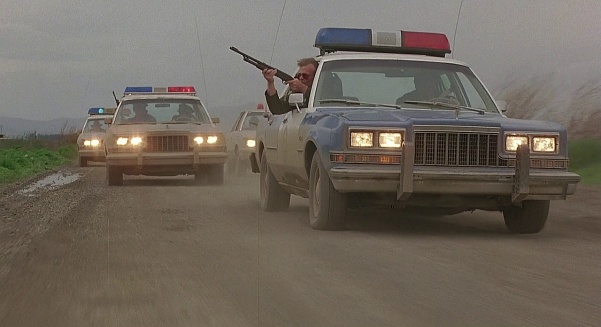 The Ithaca on the right.

12 Gauge Over/Under Shotguns are seen in the hands of duck hunters when Howard passes over them in the Glider. 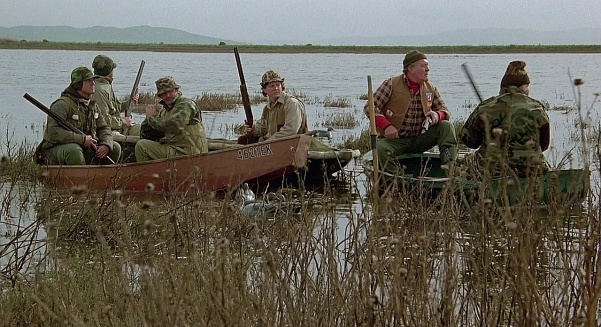 12 Gauge Over/Under Shotguns are seen in the hands of duck hunters when Howard passes over them in the Glider.
Retrieved from "http://www.imfdb.org/index.php?title=Howard_the_Duck&oldid=1406776"
Categories: