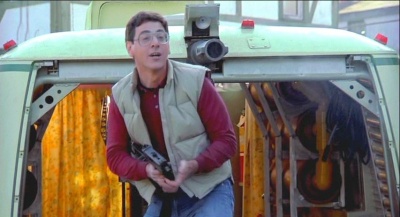 Harold Ramis (1944–2014) was an American actor/director best known for his comedic acting roles in such films as Stripes and Ghostbusters and for directing several classic comedies including Caddyshack, National Lampoon's Vacation, Groundhog Day and Analyze This. He passed away in 2014 at the age of 69 due to complications from a rare vascular condition.

See the Discussion for the films in the IMFDB directed by Harold Ramis.