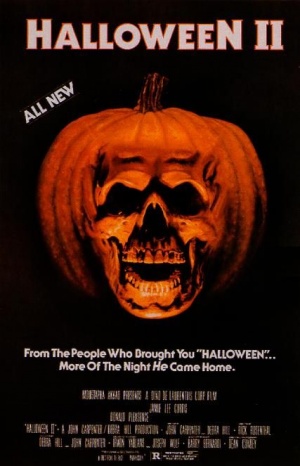 Halloween II is the 1981 sequel to John Carpenter's original Halloween. Jamie Lee Curtis and Donald Pleasence return for the sequel, which is set on the same night as the original, continuing immediately after the end of the previous film.

The following weapons were used in the film Halloween II (1981):

The Smith & Wesson Model 15 is once again used by Dr. Sam Loomis (Donald Pleasence) in his pursuit of Michael Myers. One of the memorable quotes is Loomis exclaiming "I shot him six times! I shot him in the heart! He's not human!" several times throughout the film. 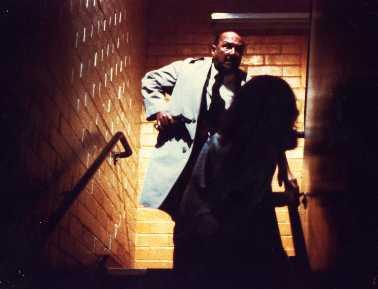 Dr. Loomis (Donald Pleasence) gives Laurie Strode (Jamie Lee Curtis) what appears to be a Colt Trooper Mk III. It can be differentiated from the similar Smith & Wesson Model 19 by its grips and cylinder notches. Loomis had taken the revolver off the Marshal who was sent to take Loomis out of Haddonfield. Laurie uses the revolver to shoot Michael in both eyes, blinding him (In reality it would blow his head apart). 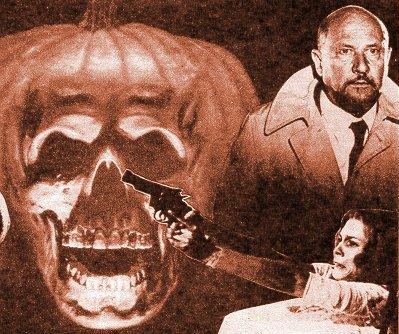 An ad photo giving a a good shot of Laurie with the revolver, which appears to be a Colt Trooper Mk III. Note the shrouded ejector rod.

Loomis hands the revolver off to Laurie (Jamie Lee Curtis).

The revolver is placed on the floor. Note what appears to be the Colt 'Prancing Pony' medallion on the grip. The cylinder notches are also clearly of the Colt style and not the S&W style.

When Loomis and the deputies go to the Myers house to confront the mob, Deputy Gary Hunt (Hunter von Leer) takes an Ithaca 37 shotgun with him from the patrol car.