Gemini Man is a 2019 sci-fi thriller starring Will Smith as Henry, a seasoned government assassin who finds himself on the run from Junior, another assassin who appears to be a younger version of himself. The film was directed by Ang Lee and the cast includes Clive Owen and Mary Elizabeth Winstead.

The following weapons were used in the film Gemini Man:

Junior (Will Smith) uses a Glock 17 customized with the Taran Tactical Innovations Combat Master Package, and fitted with an RMR. 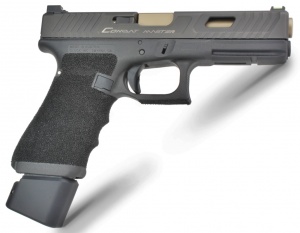 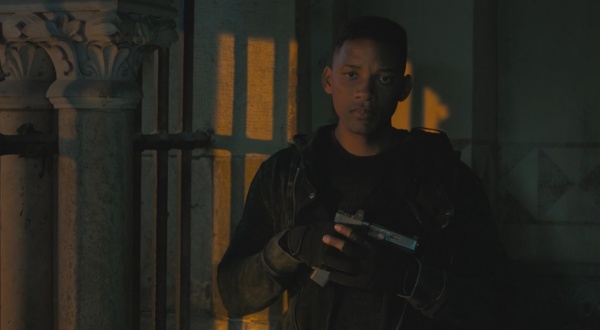 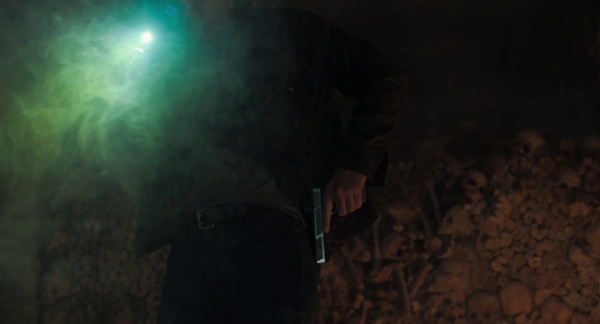 Henry clears the Glock on his hip.

Henry (Will Smith) uses a Taran Tactical Innovations Glock 34 fitted with a suppressor. 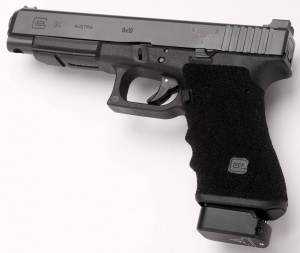 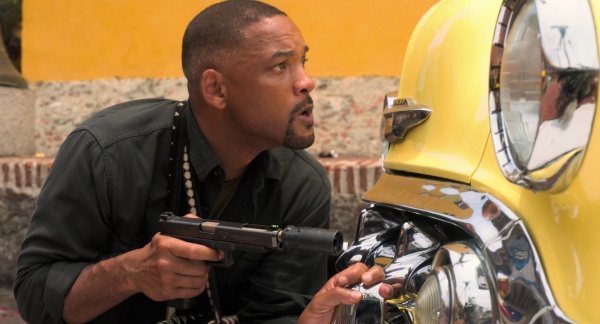 Henry (Will Smith) holds the Taran Tactical Innovations Glock 34 fitted with a suppressor.

Junior carries a Brügger & Thomet USW-A1 as his sidearm. 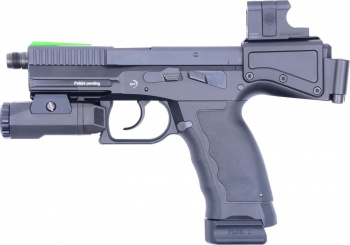 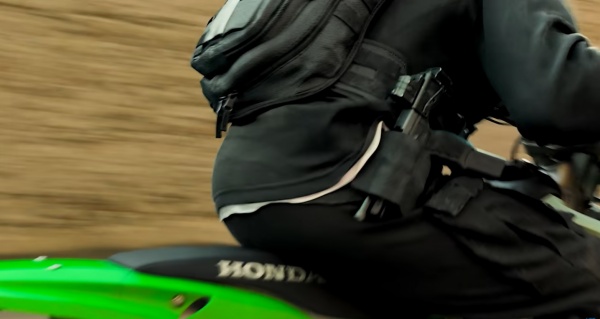 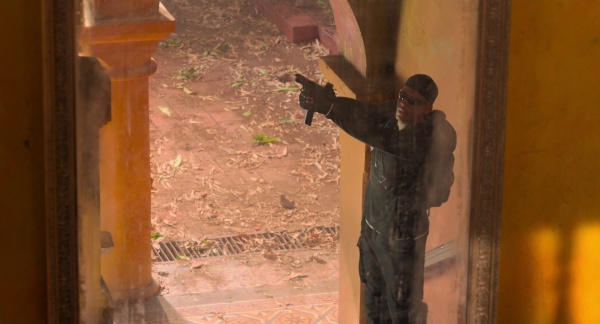 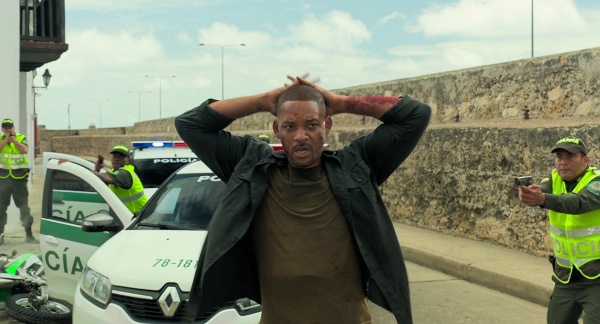 Junior (Will Smith) uses 2 different custom AR-15 models when hunting Henry. The first one has a short barrel with a suppressor, Magpul SL handguard, 20 round Pmag, and no iron sights with an ACOG. This one is also has a stock with a Law Tactical folding hinge. The lower appears to be a Sharps Bro "The Jack".

Junior's second AR is another short barrel, possibly 7.5 inches, again with no iron sights with an EOtech and a light attachment and what appears to be a Troy PDW stock. 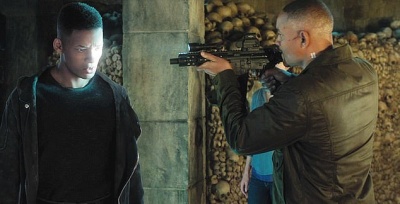 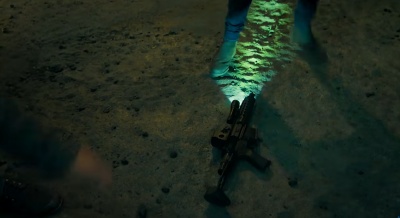 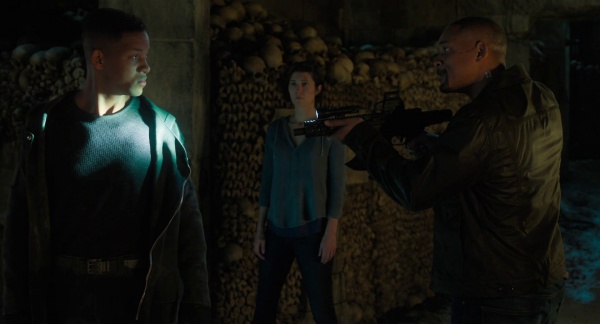 The Galil ACE GAP39SB, a civilian "pistol" variant of the ACE series with a stabilizing brace, is used used by Henry in his first fight with Junior. Fittingly, it is only seen fired in semi-auto throughout its use and is fitted with a Trijicon VCOG 1-8x28mm rifle scope (though the reticle shown is incorrect) and offset RMR reflex sight. 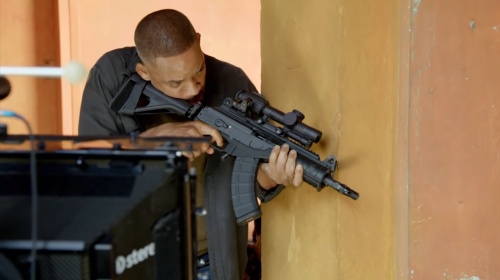 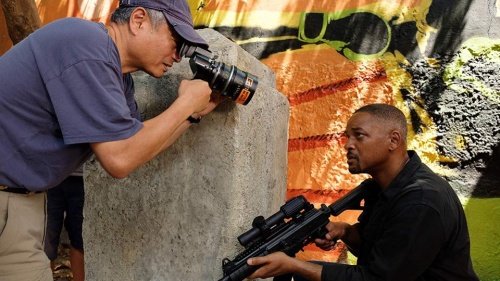 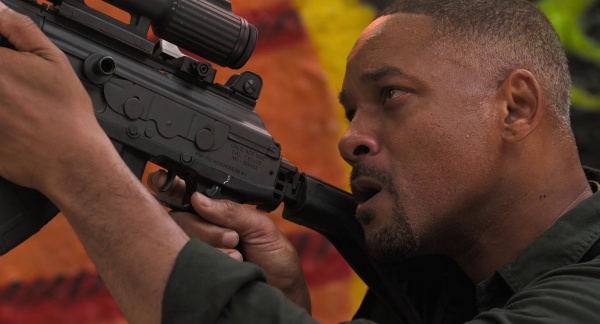 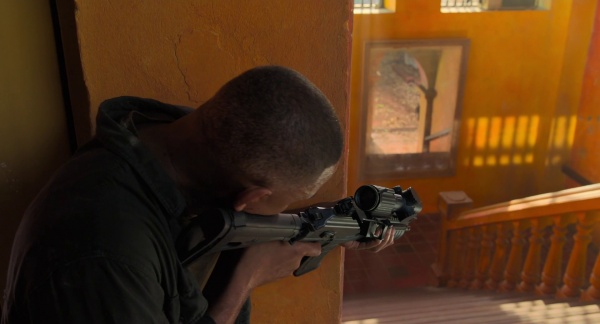 Gemini soldiers use Seekins Precision AR-15 carbines, which Henry and Dani take to fight them during the climax. 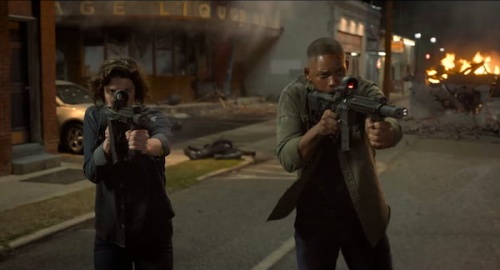 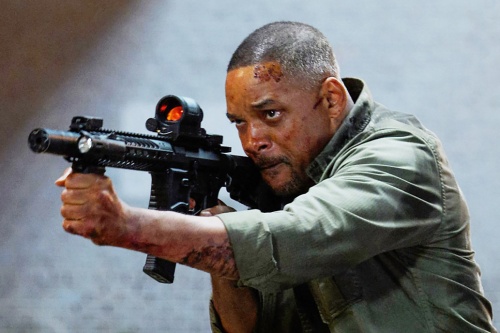 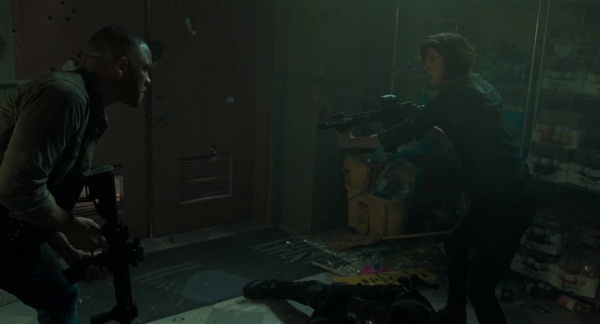 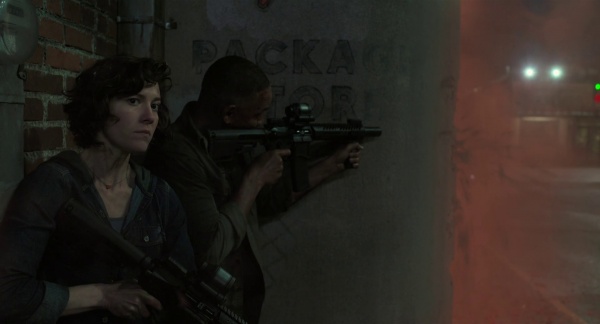 A suppressed Remington 700PSS is used by Henry at the beginning of the movie. 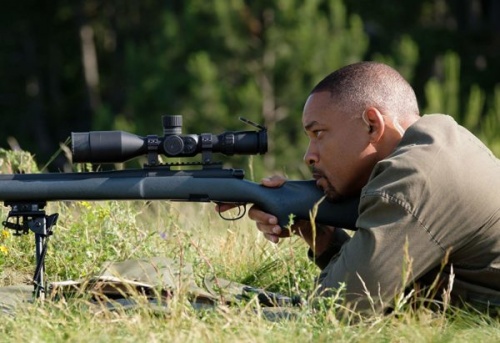 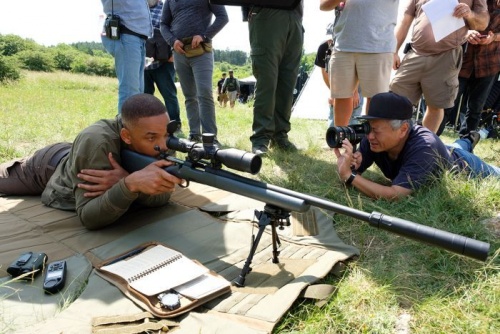 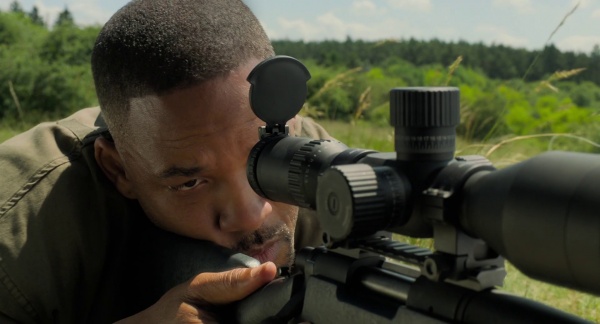 A suppressed Remington 700PSS is used by Henry. 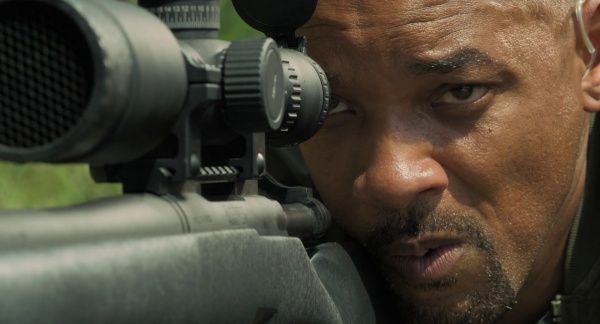 Henry with the rifle. 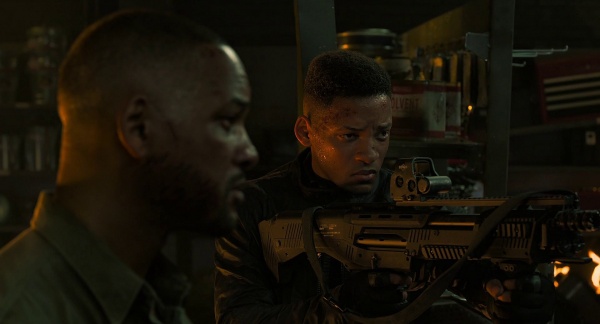 Junior uses a CornerShot fitted with a suppressed Glock 17 pistol. 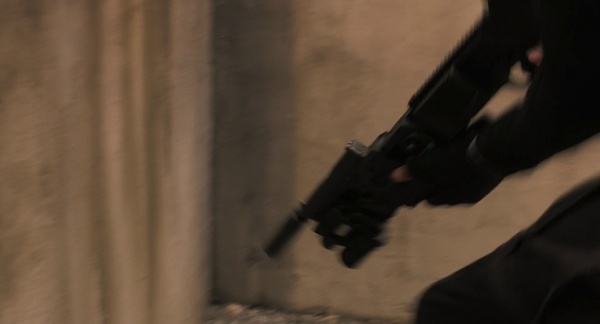 Junior uses a CornerShot fitted with a suppressed Glock 17 pistol.

A Dillon Aero Minigun is mounted on a Gemini armored vehicle. 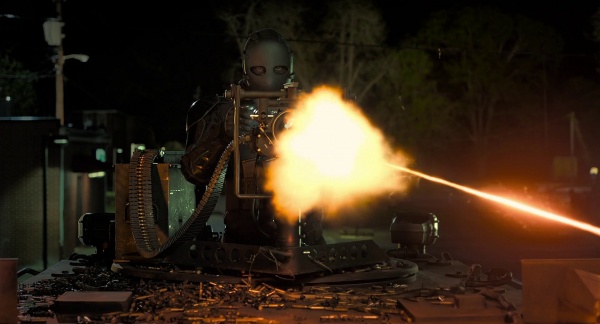 The minigun is fired.
Retrieved from "http://www.imfdb.org/index.php?title=Gemini_Man&oldid=1376835"
Categories: