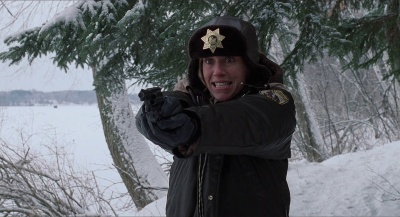 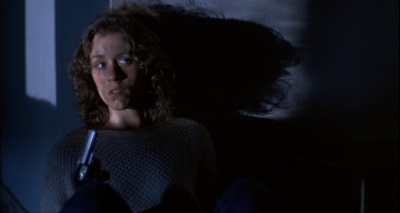 McDormand with an Iver Johnson as Abby in Blood Simple.

Frances McDormand is an American actress who had previously been known for her frequent collaborations with the Coen Brothers (being the wife of director Joel Coen), including her appearances in such films as Blood Simple., Raising Arizona, Burn After Reading and Fargo, a role for which she received the Academy Award for Best Actress. She also is one of the handful of actors to receive the "Triple Crown of Acting", having also received an Emmy Award (in 2015, for the title role in Olive Kitteridge) and a Tony Award (in 2011, for the lead role in Good People). In addition to her award for Fargo, McDormand would receive two more Academy Awards for Best Actress: for the 2017 film Three Billboards Outside Ebbing, Missouri and for the 2020 film Nomadland.