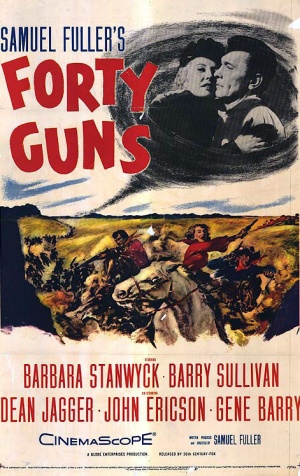 The following weapons were used in the film Forty Guns:

Brockie Drummond (John Ericson) is ready for a gunfight.

Brockie uses his sister, Jessica, as a human shield.

Louvenia at her workbench.

Louvenia and her father watch the shoot-out from a safe distance. Notice the unfinished stock.