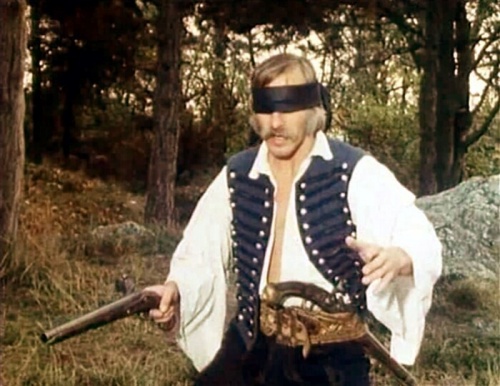 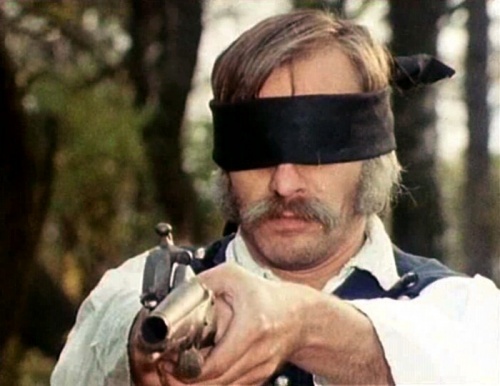 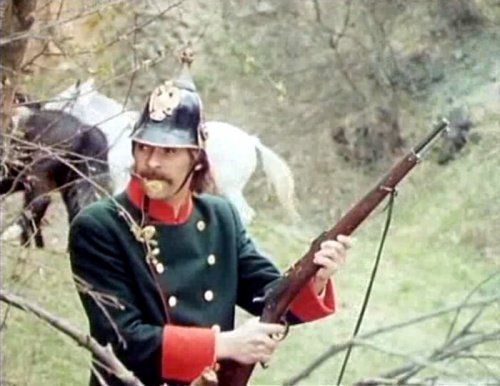 Róza´s henchman István (Jirí Schwarz) disguised as a gendarme holds in his hand the Austrian rifle. 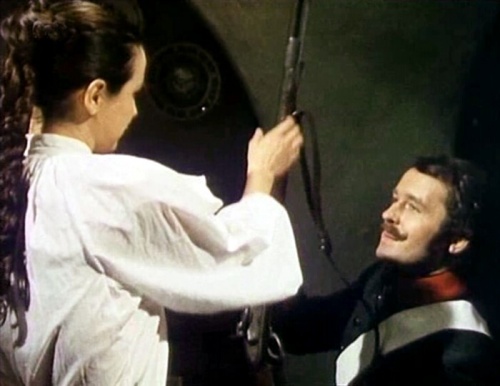 The gendarme (Marcel Vasinka) confided to Katarina his rifle ... 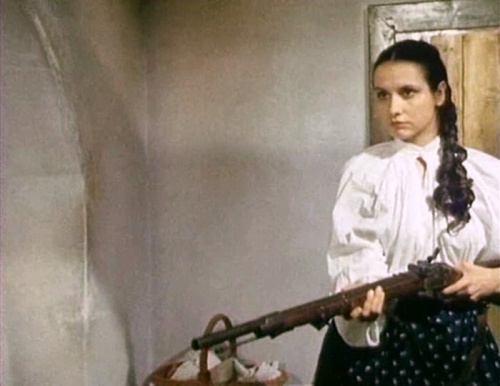 ... but he should it not do. Katarina (Veronika Freimanová) aims it at him.