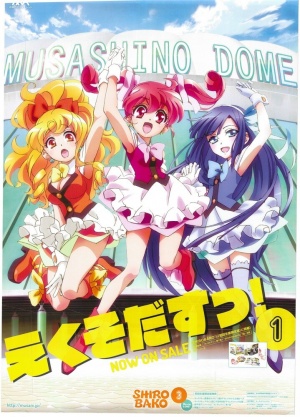 The following weapons were used in the OVA Exodus!:

The Smith & Wesson Model 29 is used in the OVA by a parody version of Dirty Harry. It's later used by Aya to clear a path to the Tokyo Bay Aqua-Line, which was blocked by anti-riot officers. 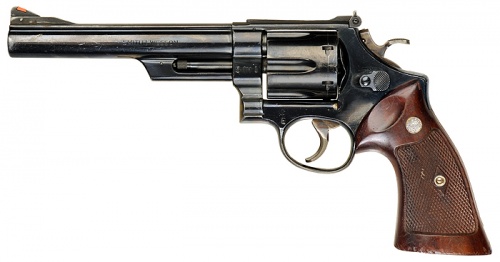 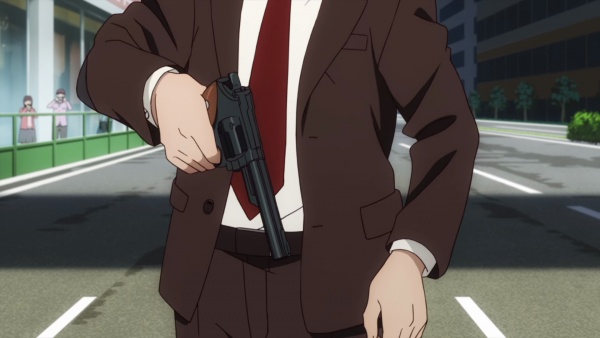 The Dirty Harry parody officer draws his Model 29 from an unsafe place. 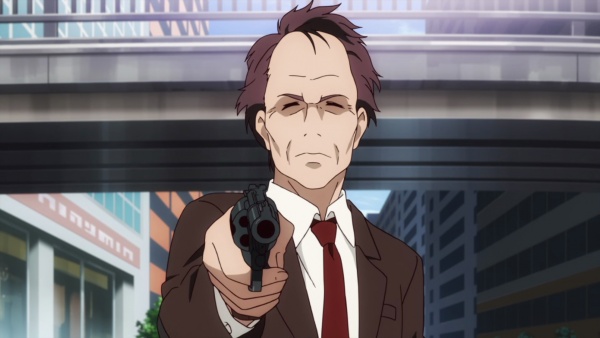 The Model 29 aimed at the Tracies in an acquired motorbike with sidecar. 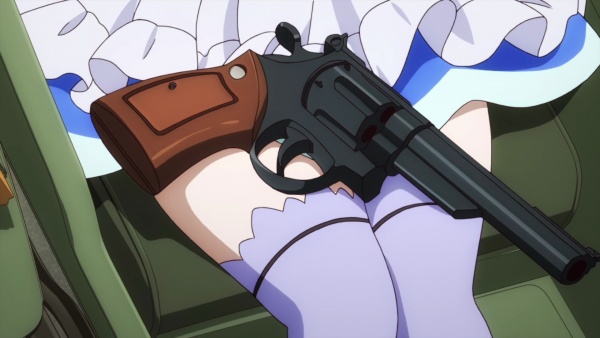 The revolver falls on Aya's lap. 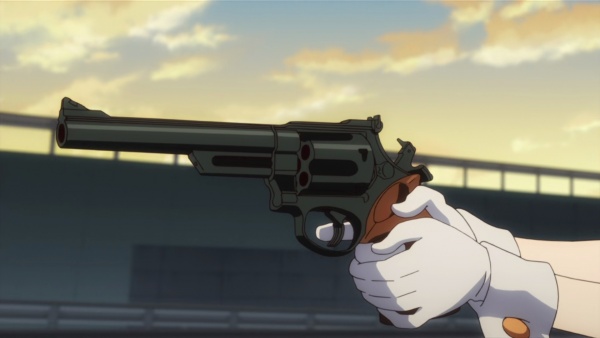 Aya aims the Model 29 at a roadblock with anti-riot officers. 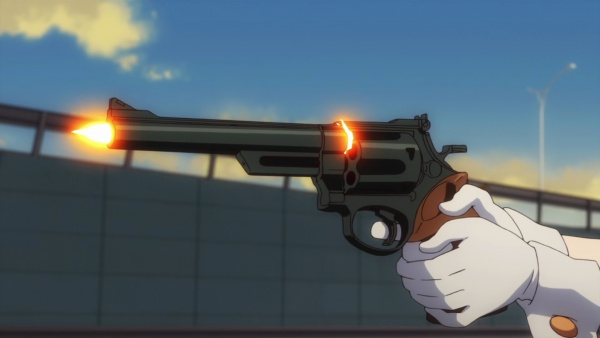 A shot of the revolver fired by Aya.