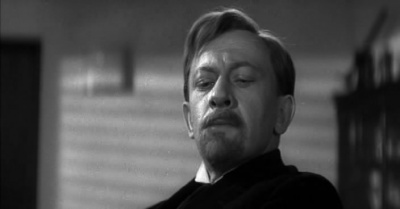 Evgeni Aleksandrovich Evstigneev (also spelled as Yevgeniy Yevstigneyev) (October 9, 1926 – March 5, 1992) was a prominent Soviet stage and screen actor, known for numerous comic and dramatic roles. He was awarded the title of People's Artist of the USSR in 1983.