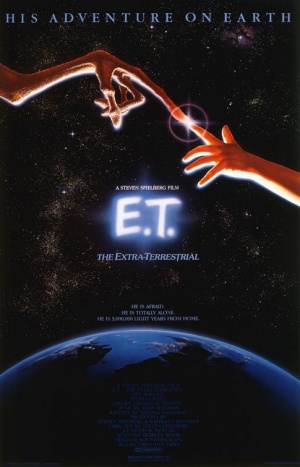 E.T.: The Extra-Terrestrial is a 1982 science-fiction film directed by Steven Spielberg that centers around a young boy who befriends an alien who was mistakenly left behind on earth. The film proved to be a huge success, becoming the highest grossing film of all time, surpassing 1977's Star Wars. In 2002, the film was re-released for its 20th anniversary in a remastered version with new visual effects and the decision was made to digitally remove all firearms used in the film. For its release on Blu-ray, the original version of the film was restored.

The following weapons were used in the film E.T.: The Extra-Terrestrial:

During the kids' frantic escape from the authorities, government agents at the roadblock are seen brandishing 12 Gauge pump action shotguns. Upon closer inspection, these shotguns appear to be MGC replicas of the Remington Model 31. For the 2002 anniversary edition, two closeups of the shotgun itself were deleted entirely, and, for the climactic scene of E.T. using his powers to make the kids' bicycles fly over the roadblock, the shotguns were digitally replaced with walkie-talkies. 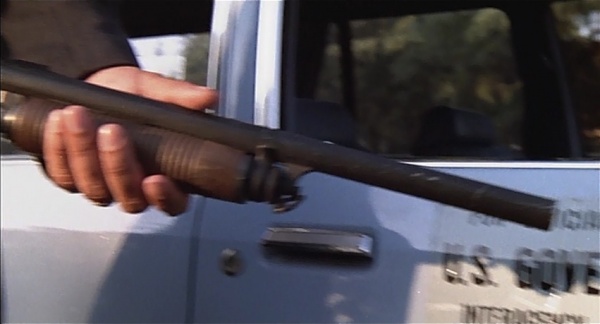 Barrel of the shotgun in a scene from the original 1982 version. This shot was completely removed in the 2002 version. 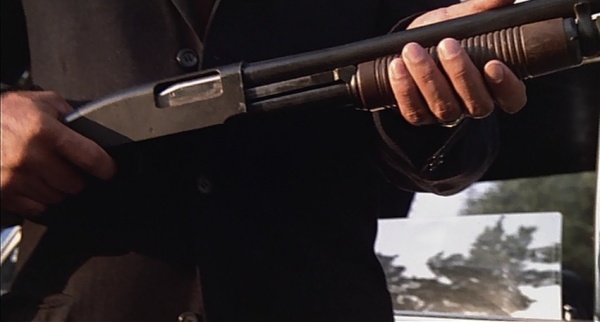 Another shot of the gun, also removed from the '02 version. This appears to be a replica version of the Remington Model 31. 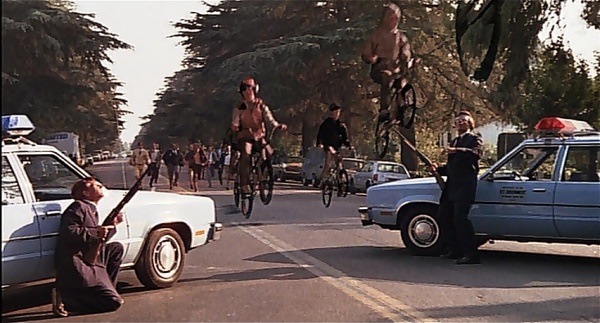 The government agents hold shotguns in the original version. 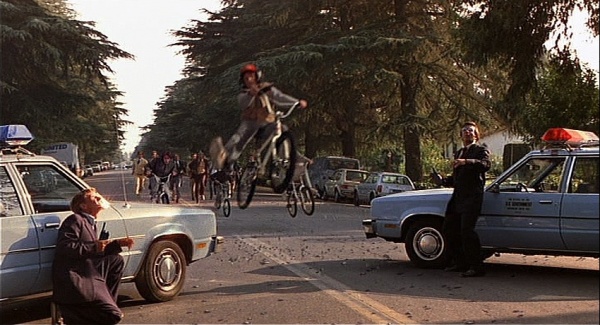 The 2002 version shows them holding radios. 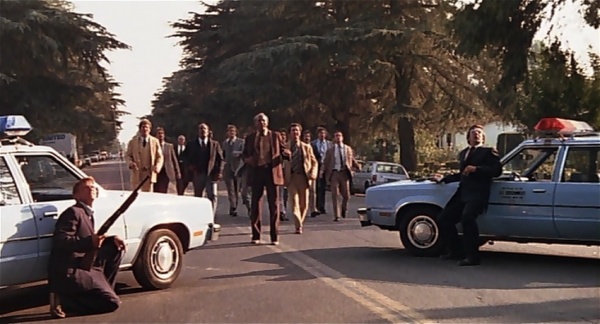 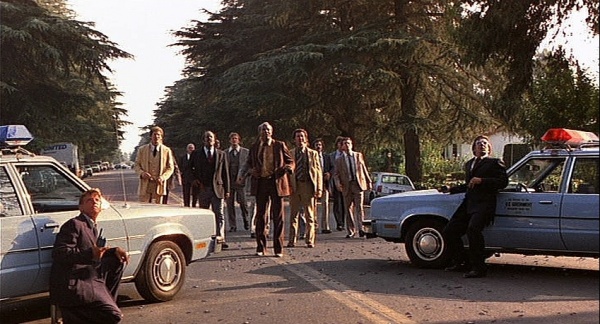 The government agents who find the abandoned truck are seen armed with Smith & Wesson Model 36 revolvers. These were also removed for the 2002 version. 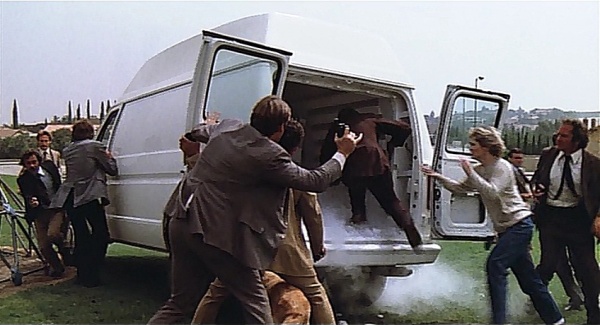 In the original 1982 version, agents are seen with S&W revolvers. 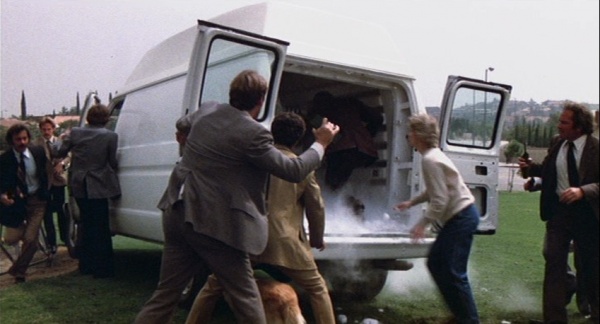 The 2002 version, the revolvers are replaced with walkie-talkies. 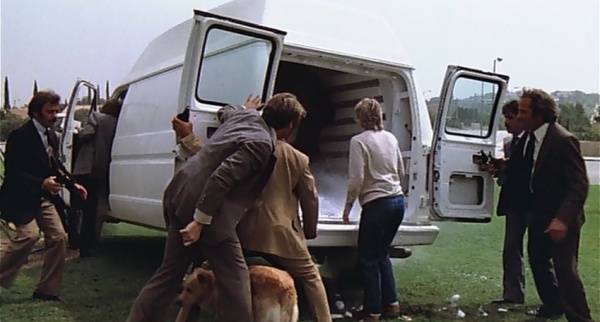 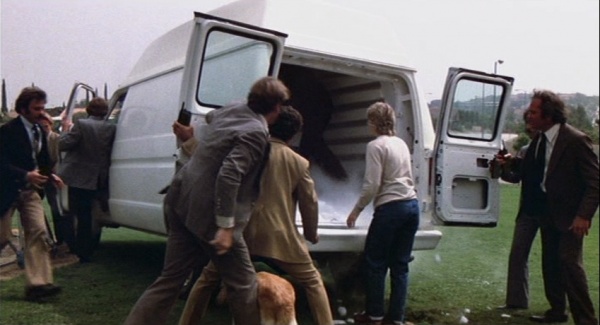 The shot in the 2002 version.
Retrieved from "http://www.imfdb.org/index.php?title=E.T.:_The_Extra-Terrestrial&oldid=1123811"
Categories: