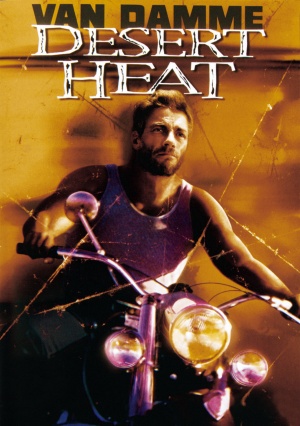 The following weapons were used in the film Desert Heat aka Inferno:

Eddie Lomax (Jean-Claude Van Damme) carries what appears to be a Springfield Armory Loaded pistol as his sidearm. After a confrontation in the desert, the pistol ends up on display in Eli's Emporium, a small town's general store. 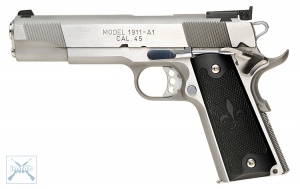 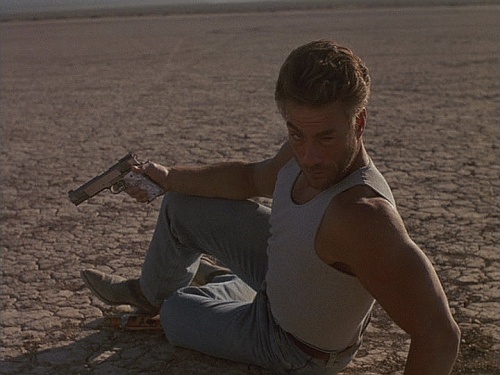 A drunken Eddie (Jean-Claude Van Damme) holds his pistol while in the desert. 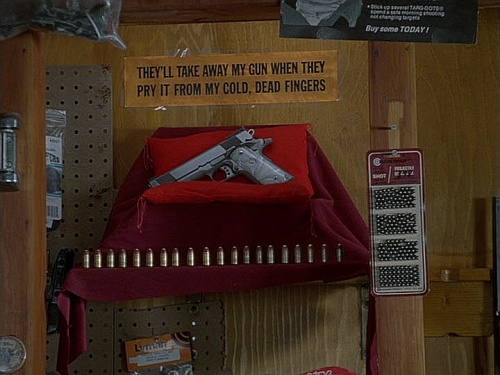 The pistol on display. 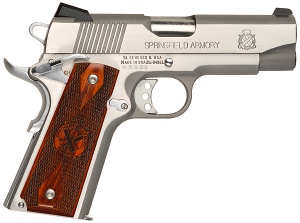 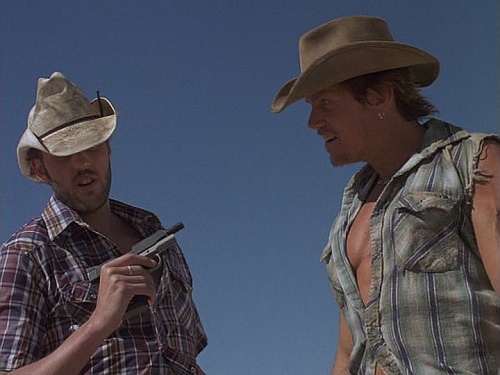 Jesse with the Springfield Armory Champion.

A Glock 17 is seen in the hands of a drunken biker. 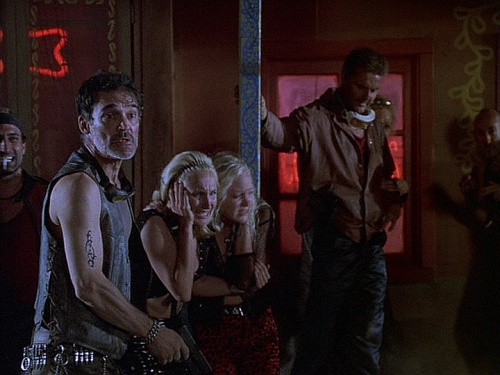 The biker holds the pistol.

Jesse Hogan (Silas Weir Mitchell) uses a Mossberg 500 Mariner shotgun in the film. The weapon features a pistol grip and a shortened barrel, very similar to the Mossberg seen in Speed and Virtuosity. 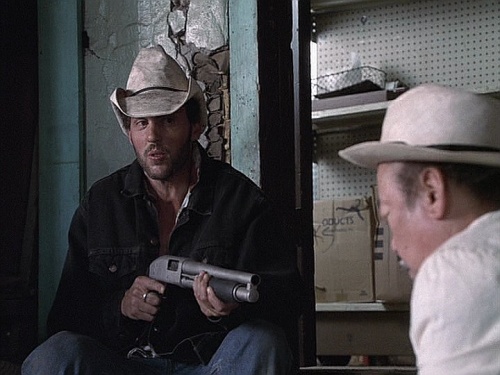 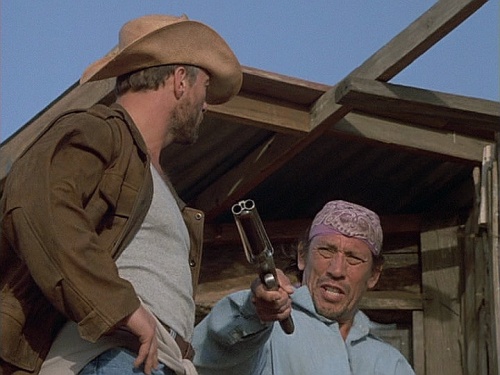 A Colt Model 723 is one of the weapons inspected by Eddie (Jean-Claude Van Damme). 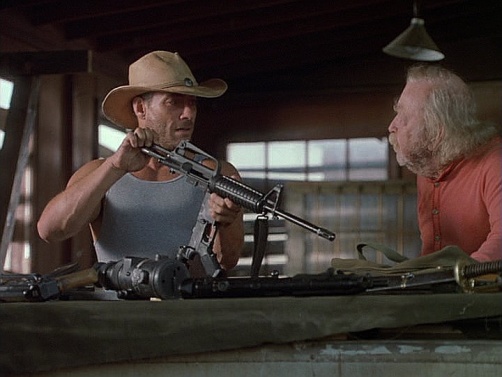 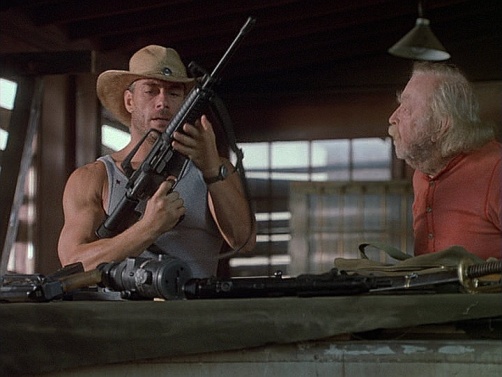 The rifle is in the hands of Eddie.

A Ruger AC556 is carried by Ramsey Hogan (Larry Drake).

Ruger AC556 Carbine - 5.56x45mm. This is the full automatic version of the Mini 14 with a distinctive Barrel and bayonet lug. 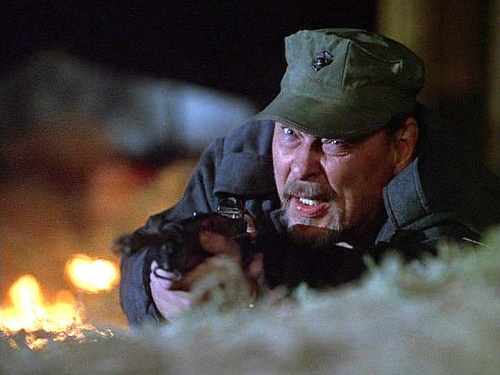 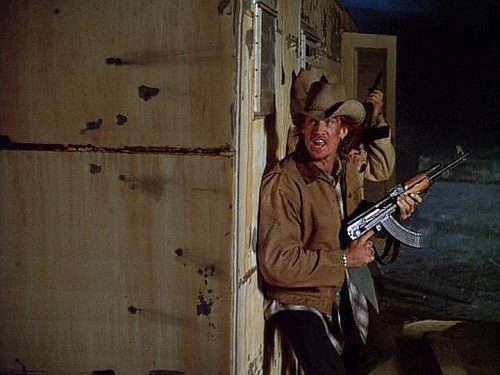 A Steyr SSG 69 appears to be the sniper rifle used by Eddie. 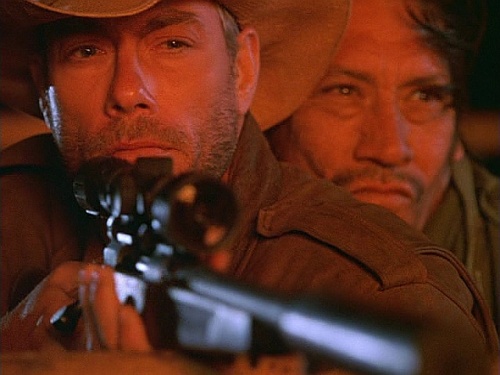 Eddie with the rifle.

The full size Uzi submachine gun is seen in the hands of several characters including Eddie, Matt Hogan (David 'Shark' Fralick) and a gang member. 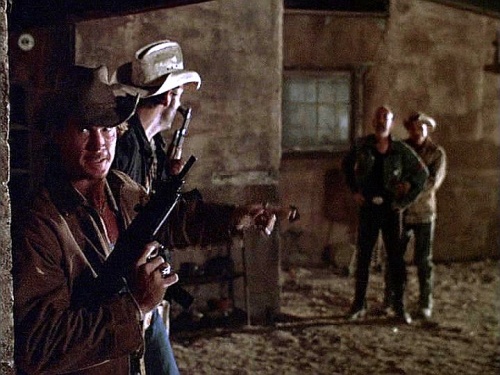 The MP5s that appear in this movie are the elusive "chopped-'n-converted" Heckler & Koch HK94s that frequently appear in films made in the 1980's and 1990's. The weapon is seen in the hands of gang members. 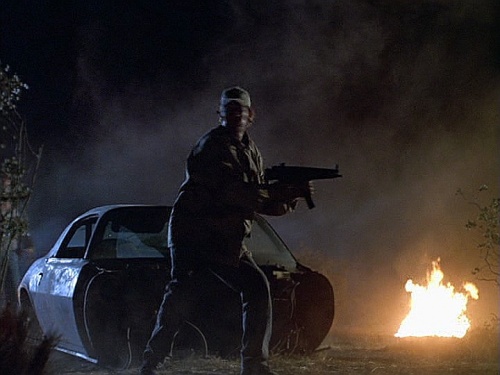