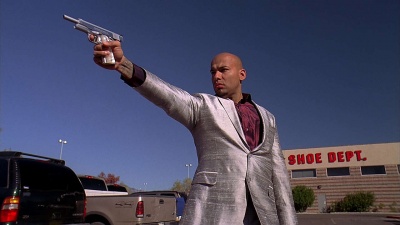 Daniel Moncada is a Honduran actor who perhaps is best known for his role as Leonel Salamanca in Breaking Bad and Better Call Saul. He also is the twin brother of Luis Moncada, who portrayed his sibling Marco Salamanca on both series.