Code Geass: Lelouch of the Re;surrection 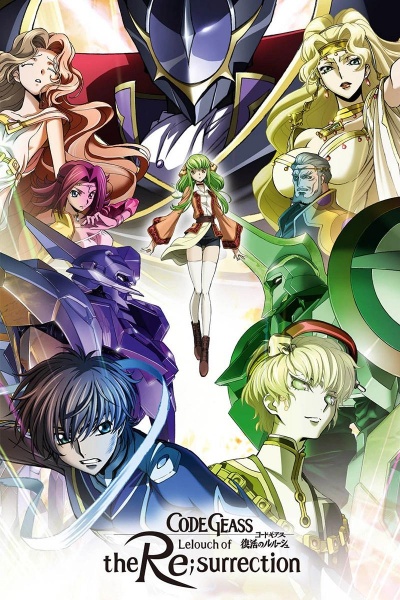 The following weapons were used in the anime film Code Geass: Lelouch of the Re;surrection:

C.C. carries a pistol, based on the Mauser C96, during her travels after the events of the Zero Requiem. Another one is used when she pilots the Mahoraba Type-0 with Lelouch Lamperouge. 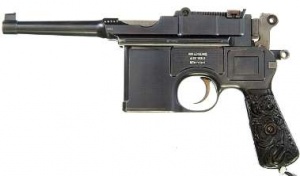 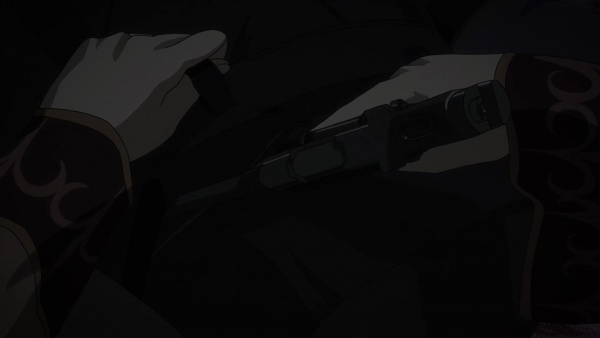 C.C. takes the pistol from her bag after spotting Zilkistani asaassins. 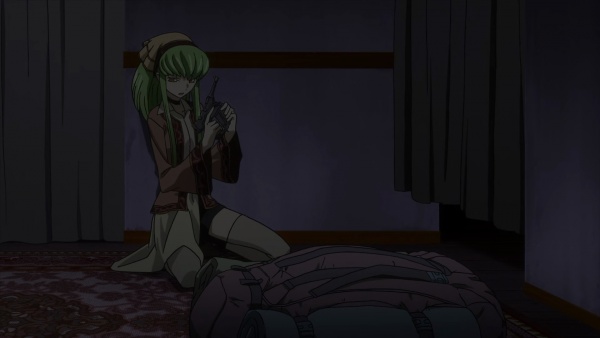 C.C. loads up after hearing gunfire. 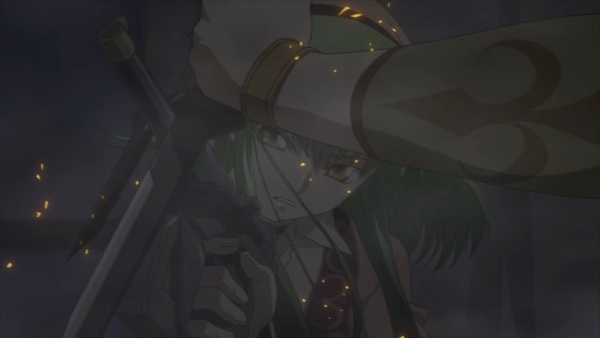 A shot of C.C.'s pistol after being attacked in close quarters. You can see the C96-based barrel. 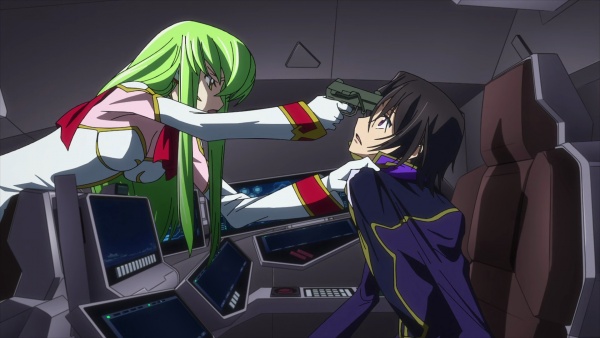 Seeing Lelouch going to despair mode, C.C. decides to help him snap out of it.

A flare gun is used by Zilkhistani assassin Swaile Qujappat during an infiltration op. 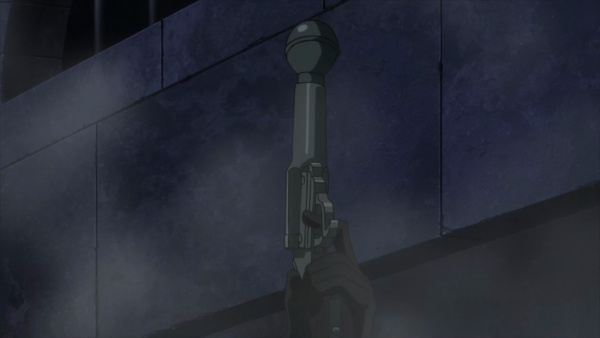 Swaile's flare gun prior to being fired.

Kallen Kozuki has a pistol that's based on the hybrid pistol used in Akito the Exiled. 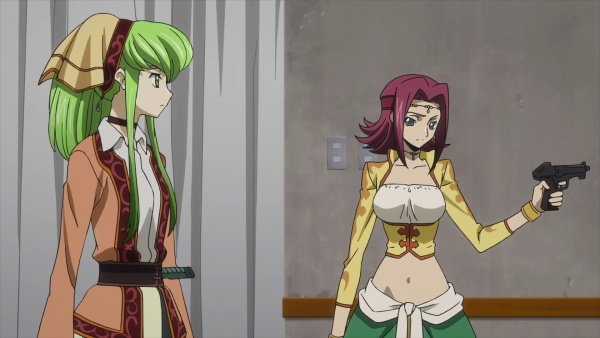 The Nambu Type 14 is seen in the movie with ex-Black Knight leader/Prime Minister Kaname Ohgi when he answers the call to reinforce Lelouch, although he initally decided to use it to commit seppuku. After Lelouch stops him, it's never used again. 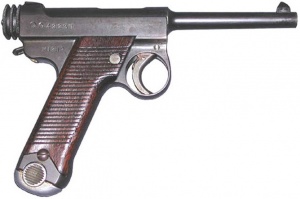 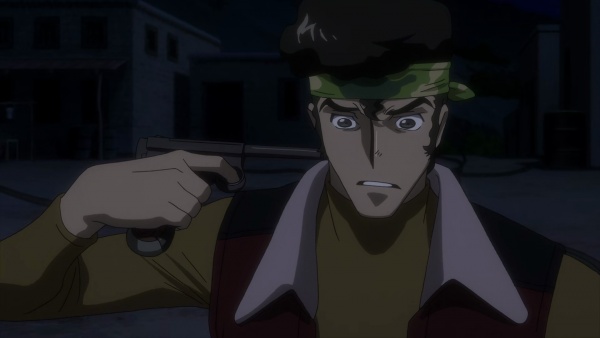 Yep, Ohgi decides to shoot himself in the neck when he's married with a (Britannian) wife and child.

Swaile has a machine pistol that has a high-capacity magazine. 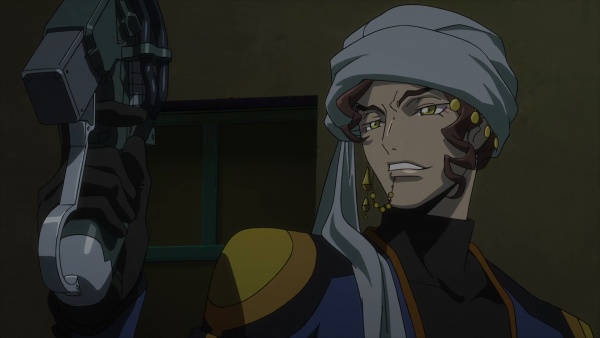 The hi-cap pistol with Swaile when he raids C.C. lodging. 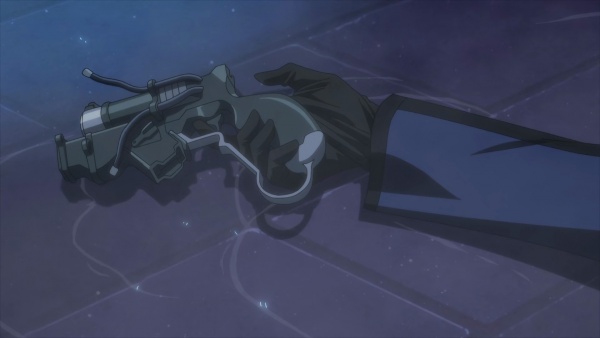 A full shot of Swaile's pistol after being shocked. 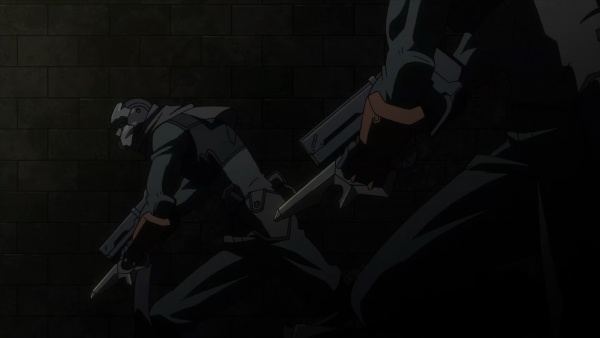 The Kowa-era Black Knights are armed with a bullup assault rifle that's based on the Kel-Tec RFB. Ohgi and Shinichiro Tamaki use them while infiltrating Zilkistan. 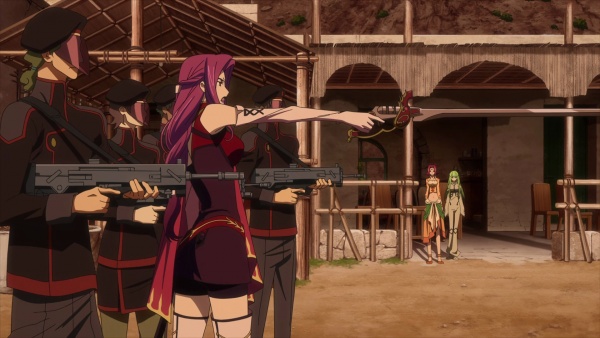 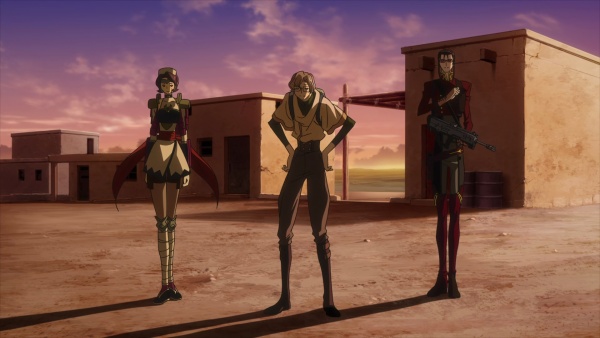 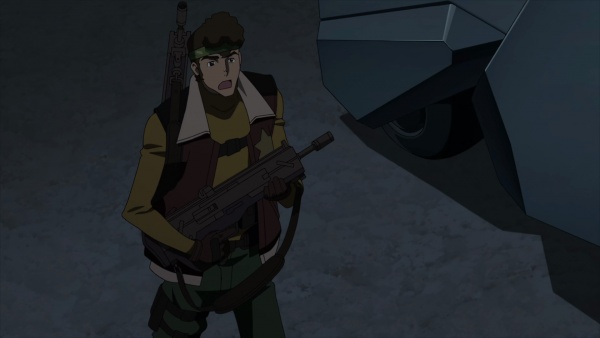 Ohgi with the two ARs while hiding from Zilkistani security forces.

A conventional assault rifle is seen with Zilkistani security forces. 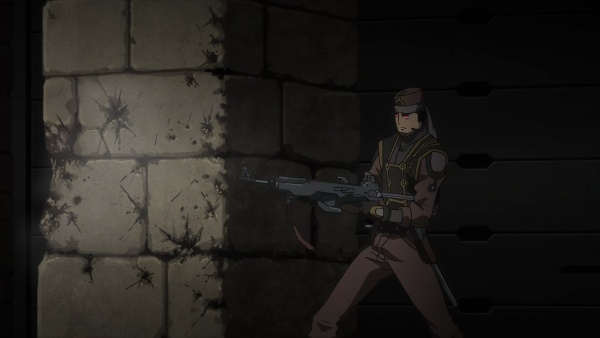 The AR used by a Wailing Prison guard while under Lelouch's geass. 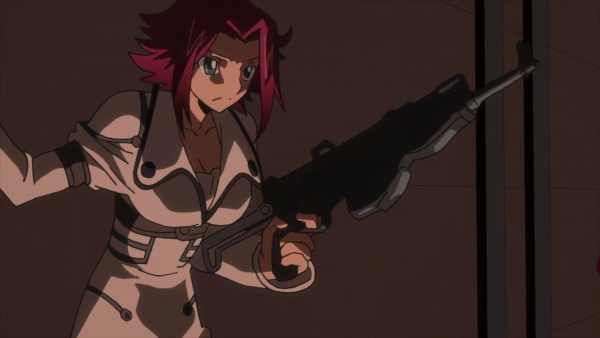 Kallen Kozuki has a stolen Zilkistani AR while escaping the prison.

An autocannon that looks like the Shipunov 2A42 is seen mounted on a Zilkistani Army armored vehicle. 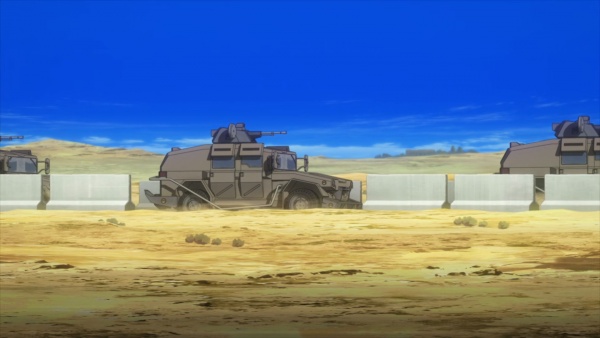 The ZA armored 4x4 with the autocannon on top.

A General Dynamics M197 Vulcan-based machine gun is seen on a Zilkistani gunship. 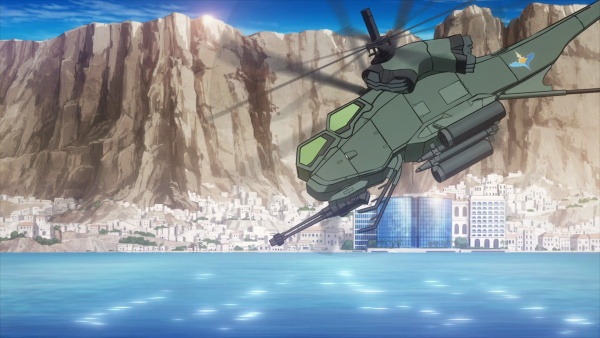 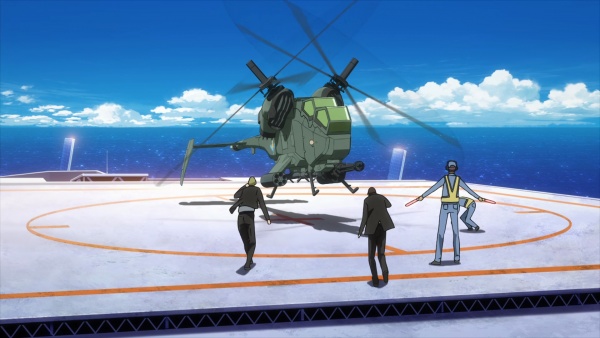 The gunship landing on a helipad. 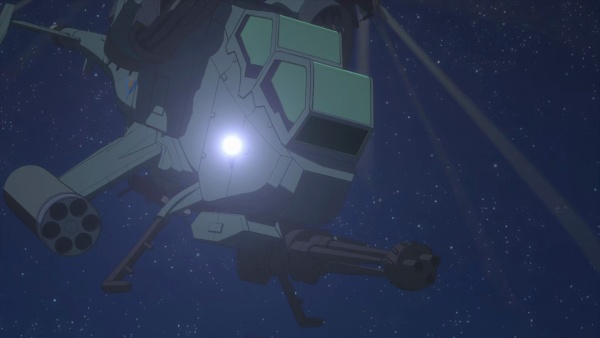 Closeup of the gunship's machine gun while firing at the Mahoraba Type-0.

The Mahoraba Type-0 Knightmare has a machine gun module on the left shoulder. It's mainly used for anti-personnel activities. 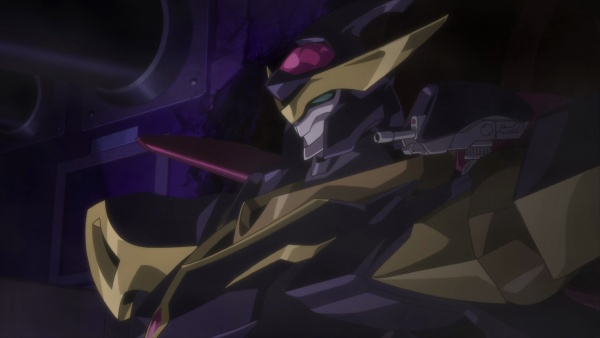 The MG used to shoot at Shamna's female warriors.

When Lelouch takes control of the prison's automated turret systems, they're used to take out Zilkhistani Royal Guard forces trying to breach it. 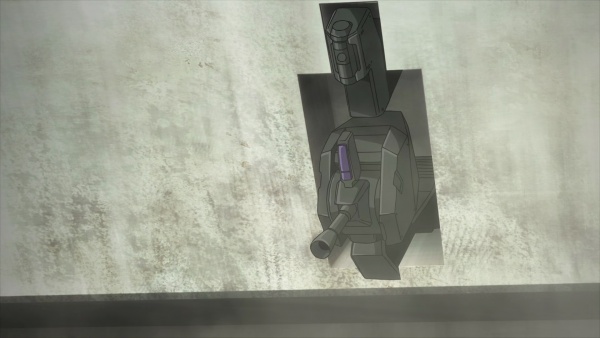 A shrapnel grenade is used by Sayoko to wipe out a majority of Swaile's forces when raiding C.C.'s lodging. 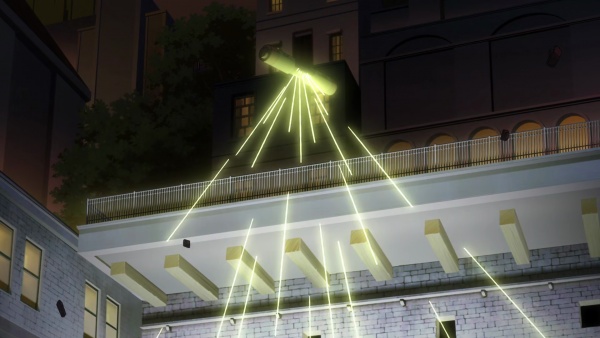 The SG tossed by Sayoko.

Cornelia use her rifle sword after she's recruited to the Black Knights.

Cornelia aims her RS at Lelouch.
Retrieved from "http://www.imfdb.org/index.php?title=Code_Geass:_Lelouch_of_the_Re;surrection&oldid=1372734"
Categories: