The following weapons were used in the film Chernobyl Diaries:

Uri (Dimitri Diatchenko) carries a Walther P99QA as his personal weapon at one point. This pistol can be seen in the hands of Paul (Jonathan Sadowski), Michael (Nathan Phillips), Amanda (Devin Kelley) and Natalie (Olivia Taylor Dudley) 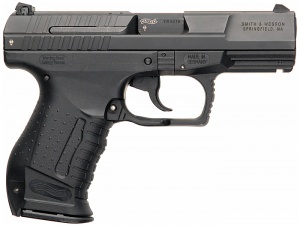 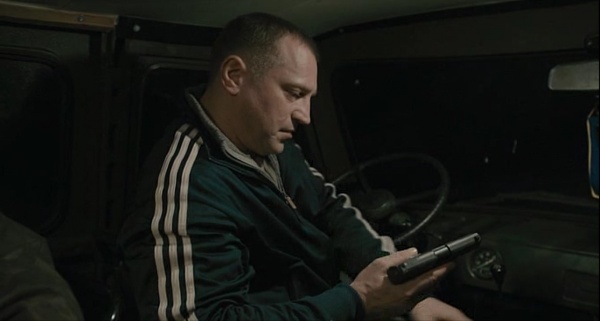 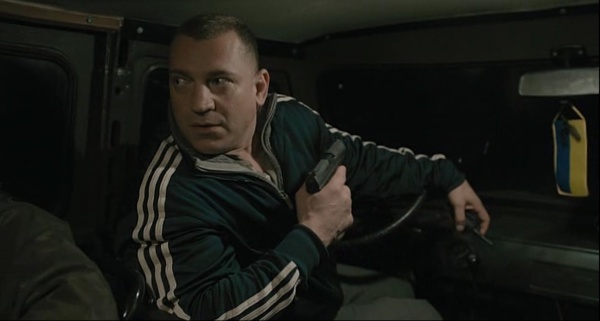 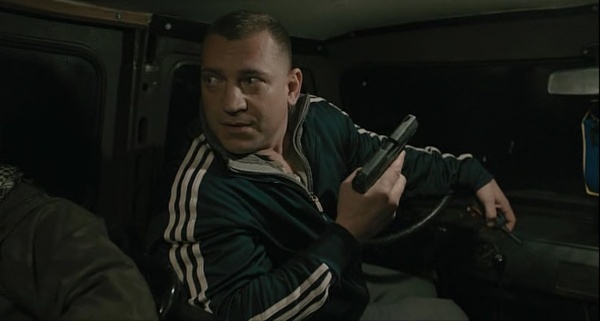 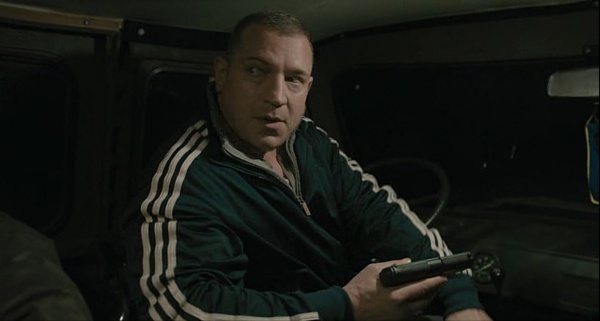 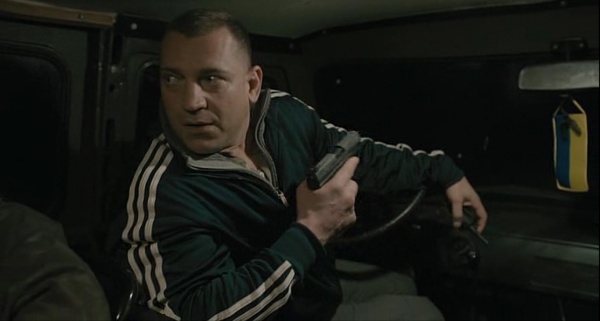 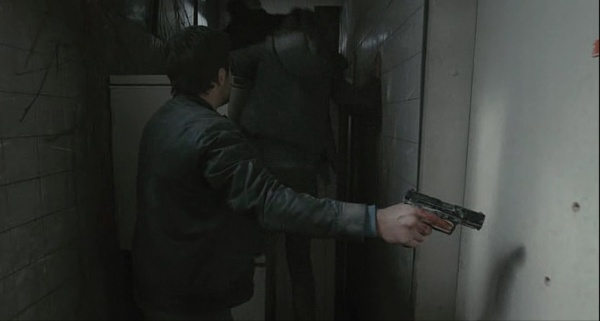 Paul (Jonathan Sadowski) holds the P99QA after firing it. 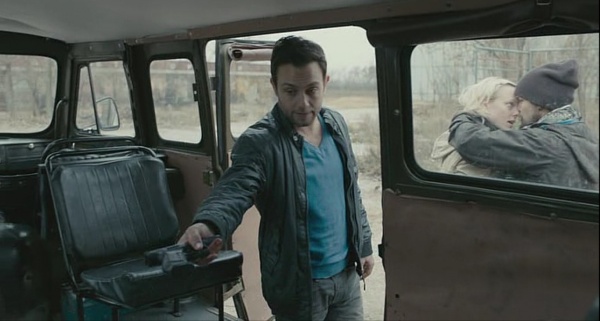 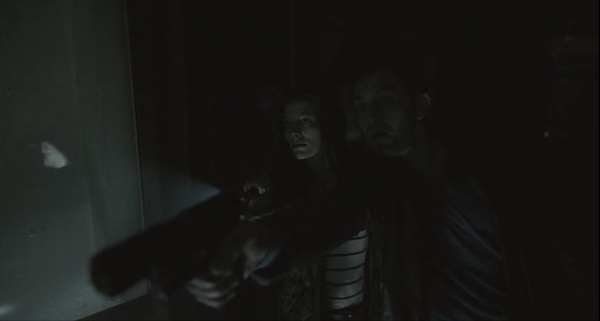 Paul aims the P99QA at the darkness.

One Berkut (Ukrainian SWAT) member (Milos Timotijevic) carries an AKMS at the checkpoint. Ukrainian special forces at the film's climax also can be seen using AKMS rifles, although they're not seen clearly. 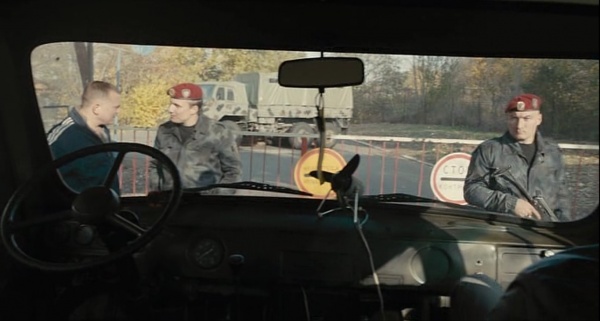 The Berkut on the right holds what appears to be an AKMS. 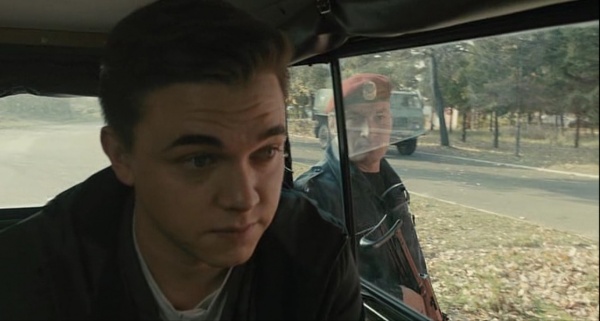 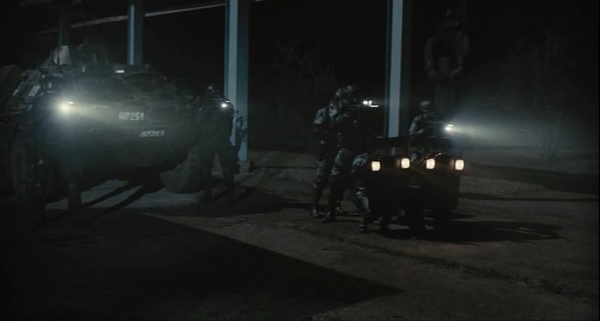 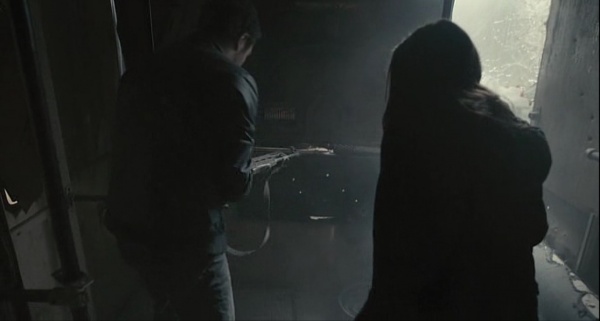 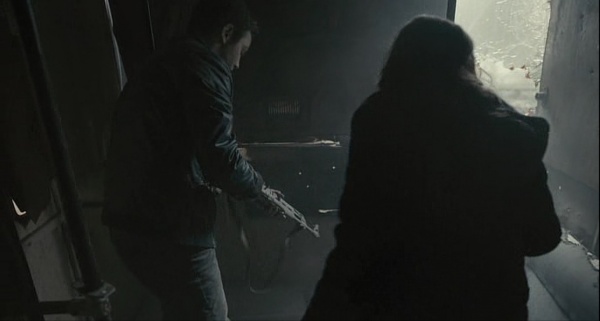 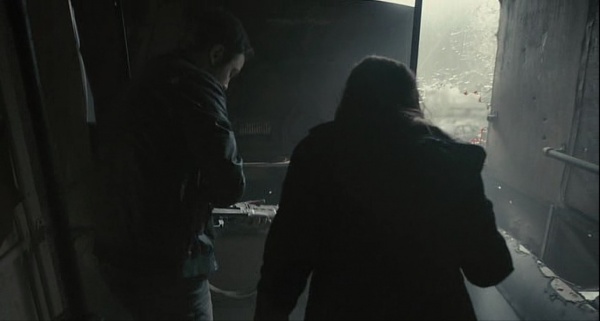 ...only to realize that it's empty and broken. 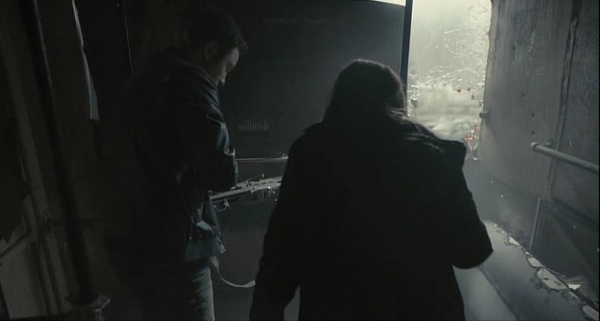 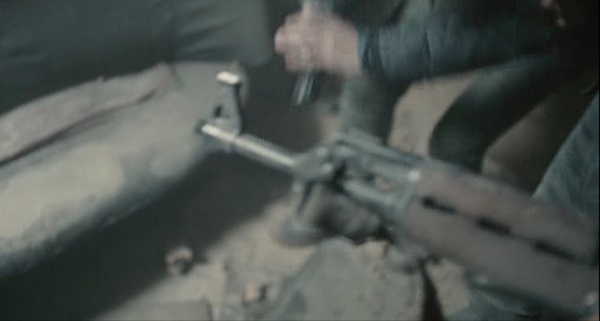 The barrel is seen, showing the 3-vent handguard and grenade launching sight of Zastava M70 rifles.

An antique cannon is seen in a Eastern Europe fortress. 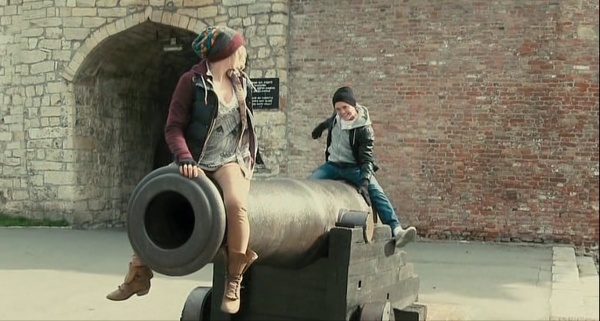