Brynhildr in the Darkness

Brynhildr in the Darkness (極黒のブリュンヒルデ Gokukoku no Buryunhirude, lit. "Extreme-Black Brynhildr") is a 2014 anime adaptation of the manga of Lynn Okamoto (Elfen Lied). In search of evidence of extraterrestrial life, Ryōta Murakami and childhood friend Kuroneko tumble down a dam. Ryōta survives seriously injured, Kuroneko dies. Ten years later, Ryōta has still not got over her death and spends all his free time in the planetarium. When he met his new classmate Neko Kuroha one day, Ryōta couldn't believe his eyes because she looks exactly like Kuroneko. He then suddenly becomes the host and protector of Neko and other most unusual girl-witches, namely, who have escaped a laboratory and are hunted by members of a sinister organization called Vingulf who are also magically gifted.

The following weapons were used in the anime series Brynhildr in the Darkness: 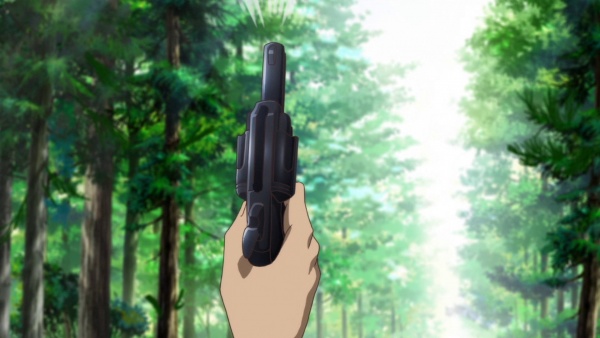 The Chief Inspector fires a warning shot in the air to stop Ryōta running toward Neko (Ep. 08). 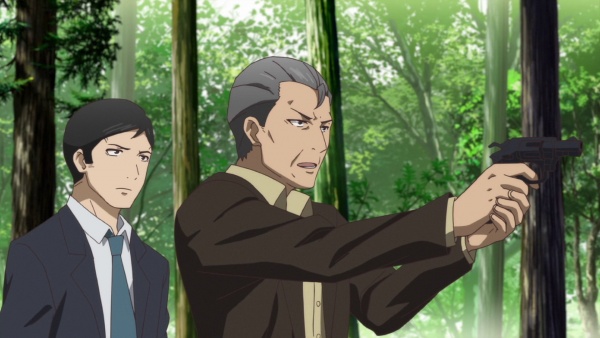 Having made his statement to his colleague, he starts aiming his revolver at Ryōta (Ep. 08) 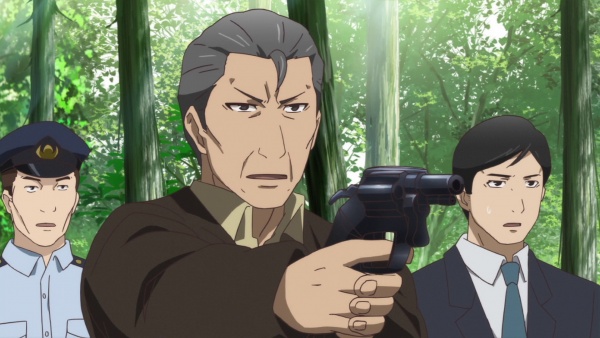 "I will take all responsibility."
But shortly after, he chose Neko as his primary target (Ep. 08). 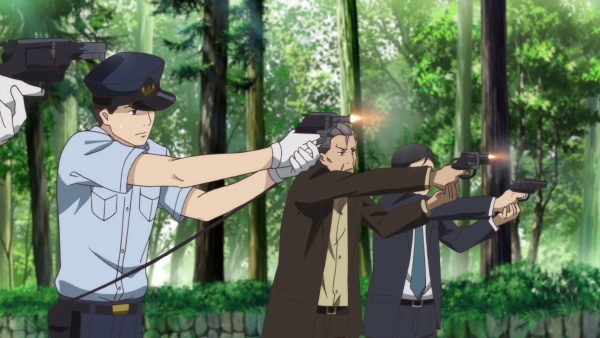 Ordered by the chief to draw their revolvers, the line of police officers fires a salvo. The attached lanyard is perfectly seen on the left officer's revolver (Ep. 08). 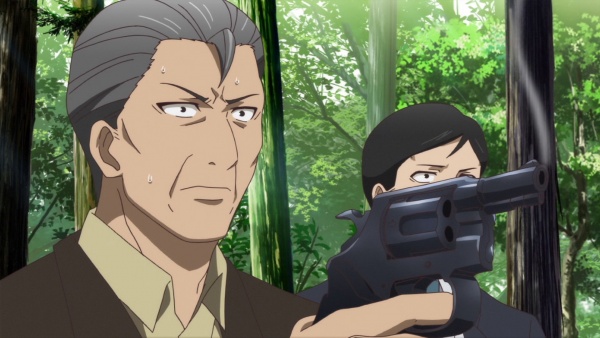 Close view of the gun with the smoking barrel in the hands of the baffled Inspector (Ep. 08). 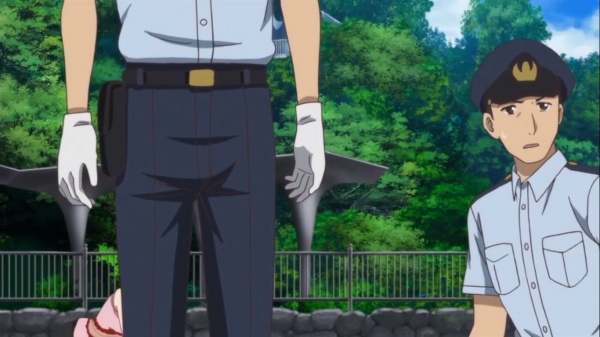 A Police officer with the holstered sidearm (Ep. 11).

The Minebea P9, a Japanese licensed copy of the P220, is first seen used by Vingulf member Kurofuku and then by Nanami Tokou in Ep. 09 "False Memories". Chisato Ichijiku also makes use of one of these pistols in Ep. 12 "Witch Hunt". 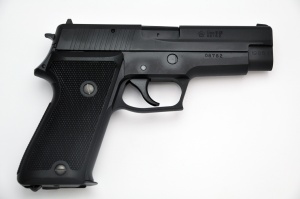 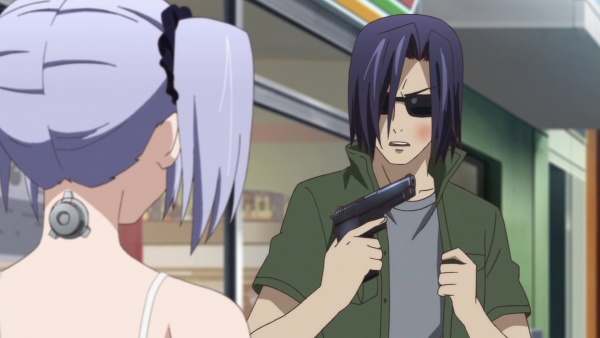 Kurofuku, taken by surprise by Nanami's skill, takes his Minebea to remind her who is in charge (Ep. 09). 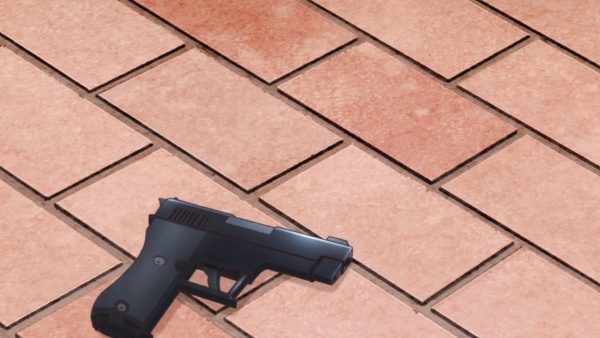 The pistol slides across the curb which allows a view of the grip (Ep. 09). 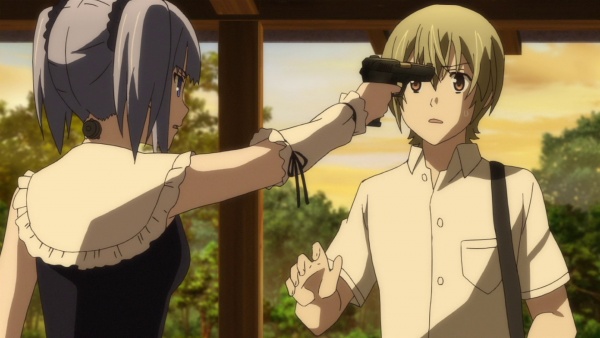 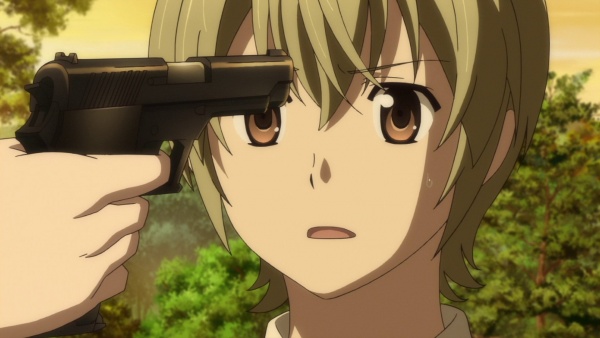 The same situation in a close-up that gives the best view of the Minebea P9 (Ep. 09). 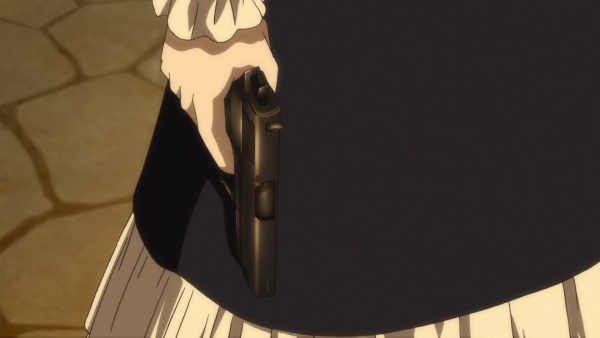 The lowered Minebea faces the ground. Except for this scene, the gun's right side is only in focus (Ep. 09). 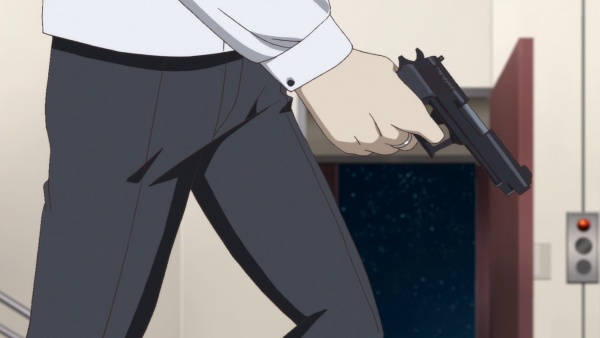 In Ep. 12 "Witch Hunt", Chisato Ichijiku is seen using a Cobra Derringer that he kept hidden. 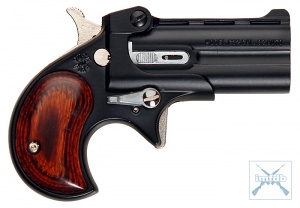 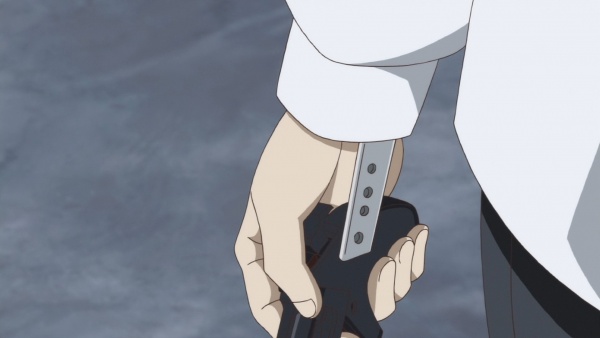 He pulled a string to set the mechanism in motion... 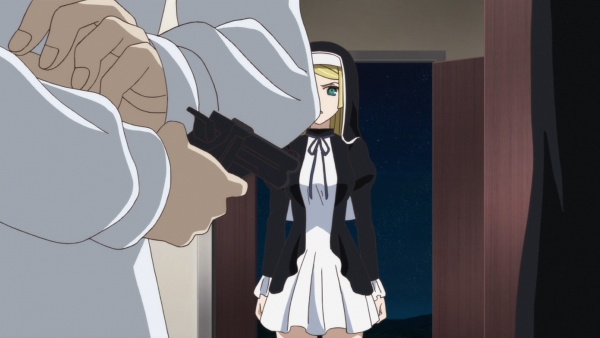 ... and completely surprised the opponents.

Two members of the Hexenjagd resistance group in Ep. 12 "Witch Hunt" and Ep. 13 "Things to Protect" are armed with Heckler & Koch MP5s. A more detailed view of these submachine guns can be seen during the second opening "Virtue and Vice". However, it is still difficult to say which version of the MP5 it is, either an A3 or A5. 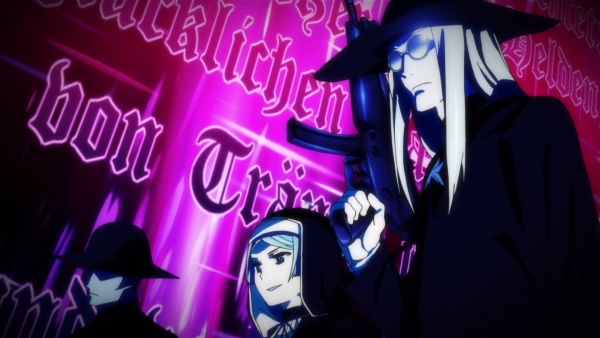 An MP5 held by one Witch Hunter with glasses in the opening sequence reveals the collapsible stock and fire selector. Unfortunately, there are no selector options on the gun which could make clarity. The text written in the background is in German, just by the way. 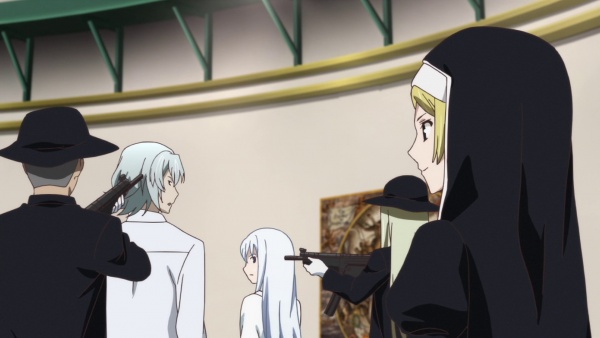 The MP5s are used to hold Chisato and Valkyria at gunpoint (Ep. 12). 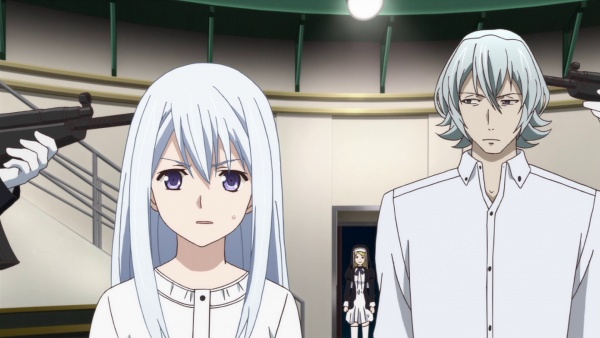 The large muzzles can be seen on the left and right (Ep. 12). 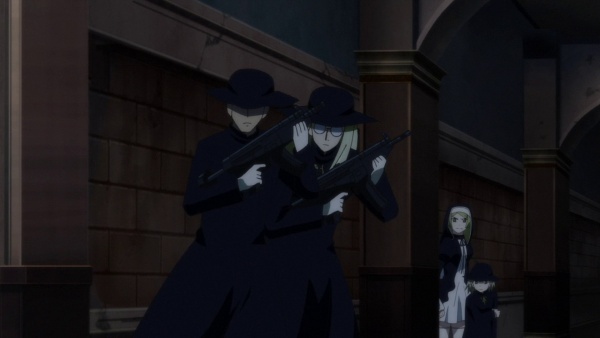 Seeing an opportunity to end this once and for all, the men ready their SMGs with stocks extended (Ep. 13). 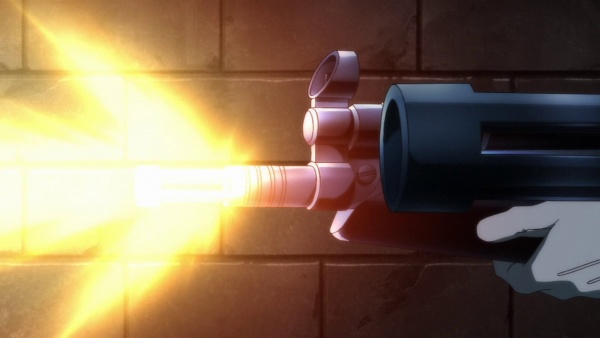 Both MP5s seen firing what shows the flash hiders in a close-up (Ep. 13).

Two Type 96 Armored Personnel Carrieres of the Vingulf Laboratory, seen in Ep. 02 "Magician", have top-mounted Browning M2HBs which seem to have the trigger grip from a Browning M1919A4E1. 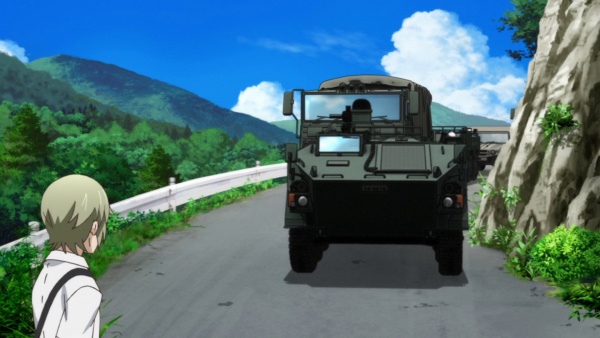 Ryōta gets out of the way for the incoming convoy. The Tombstone 200 round box magazine is visible. 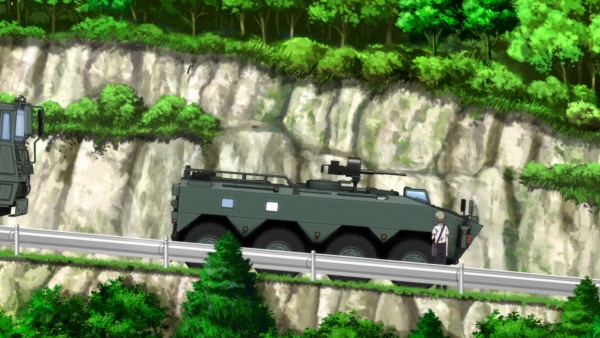 While he wonders what these vehicles are doing in this area, the first Type 96 passes by. Note the M1919-style trigger part (that is wrongly positioned high anyway) without the spade grip. However, the other parts, e.g. the barrel, match a genuine M2HB that is actually the top-mounted armament of this vehicle.
Retrieved from "http://www.imfdb.org/index.php?title=Brynhildr_in_the_Darkness&oldid=1371070"
Categories: