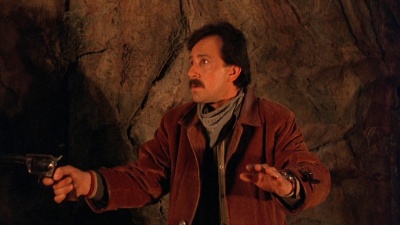 Bruno Kirby (1949-2006) was an American actor who had appeared in such films as The Godfather Part II, Good Morning Vietnam, and Donnie Brasco in addition to co-starring with Billy Crystal in When Harry Met Sally and City Slickers. He passed away in 2006 from complications due to leukemia.