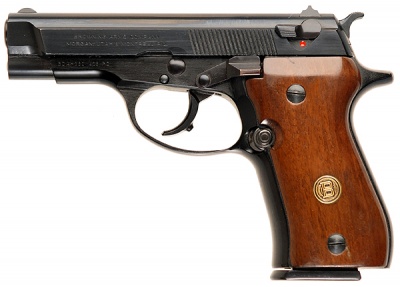 The Browning BDA 380 was designed in 1980 and offered for sale by FN Herstal. It is not a clone of the Beretta Cheetah as some believe. There are many minor differences including the placement of the decock/safety. It was adopted by the Belgian Police. It is listed as BDA 380 to distinguish it from the Browning BDA that is chambered in 9x19mm and is of a different design. The BDA 380 went out of regular production in 1997 but is still produced as a special run item for distributor orders.