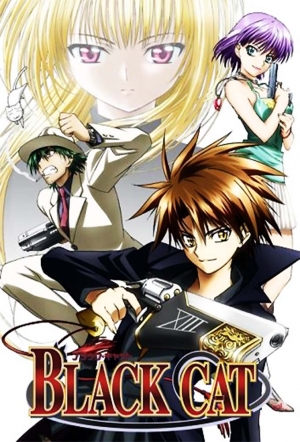 Black Cat (Japanese: ブラックキャット Hepburn: Burakku Kyatto?) is a Japanese manga series written and illustrated by Kentaro Yabuki. It was originally serialized in Weekly Shōnen Jump magazine from July 2000 to June 2004, with the chapters collected into twenty tankōbon volumes by Shueisha. The story centers on an elite assassin named Train Heartnet who withdrew from an international group called the Chronos Numbers to become a bounty hunter.

The series was adapted into a twenty-four episode anime series by Gonzo studio, which originally aired on Tokyo Broadcasting System (TBS) channel from October 2005 to March 2006.

The following firearms were seen in the anime television series Black Cat:

Black Cat's primary weapon is a fictional .45 caliber break-top revolver made of orihalcum metal. The gun's design mixes double action revolver and semi-automatic pistol designs, as evidenced by the barrel. Black Cat uses this revolver with extreme accuracy; and because of the gun's super tough construction, he also uses it as an active melee weapon to pistol whip enemies and block sword blades and even bullets. 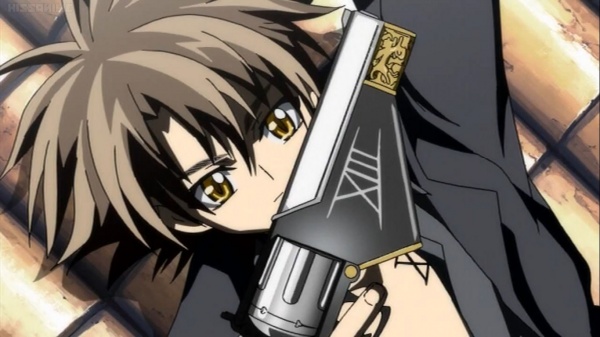 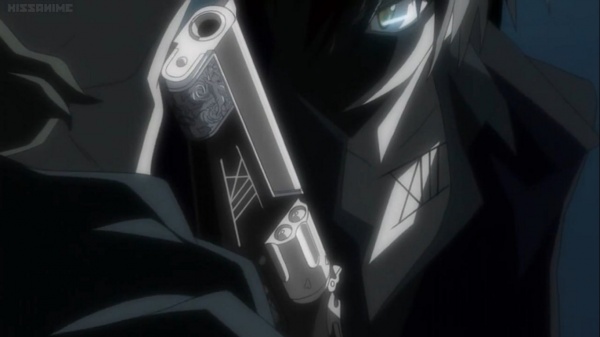 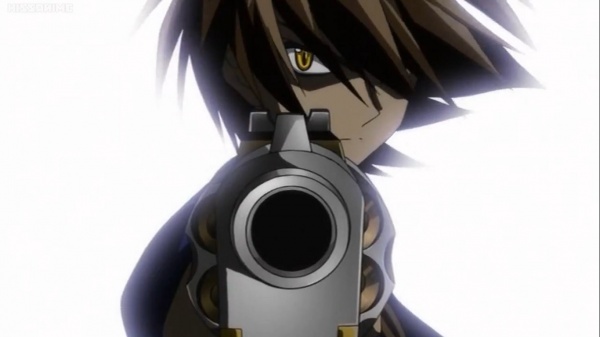 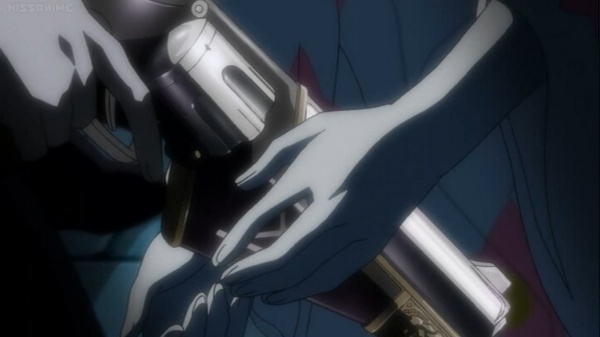 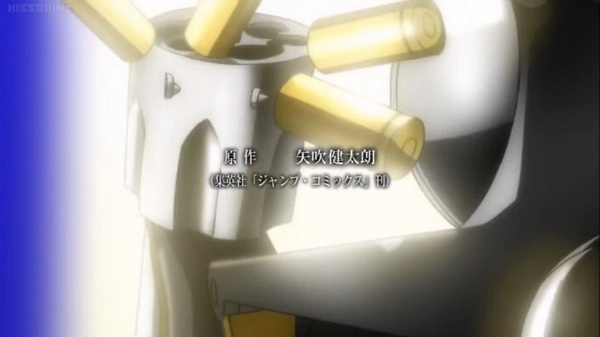 Saya Minatsuki uses a Beretta 93R as her sweeper weapon. She is shown to be able to ricochet bullets with it. 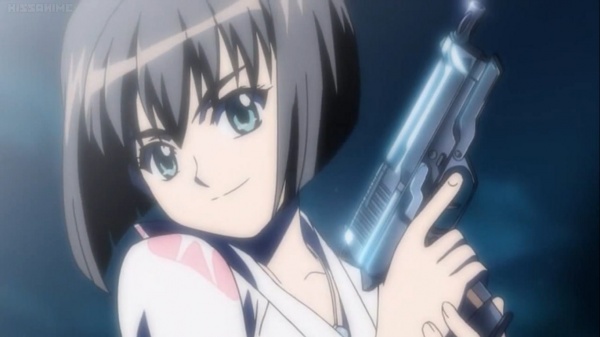 Durham Glaster wields a Colt SAA which is charged by his chi power, enabling him to fire infinite bullets. 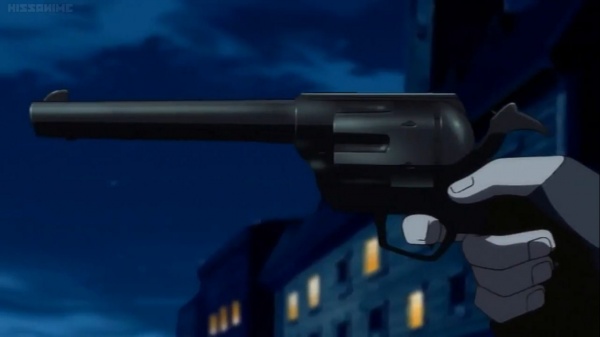 Kevin McDougall brandishes a Smith & Wesson Model 29 revolver, which he notably uses to put down a resurrected Tyrannosaurus Rex. 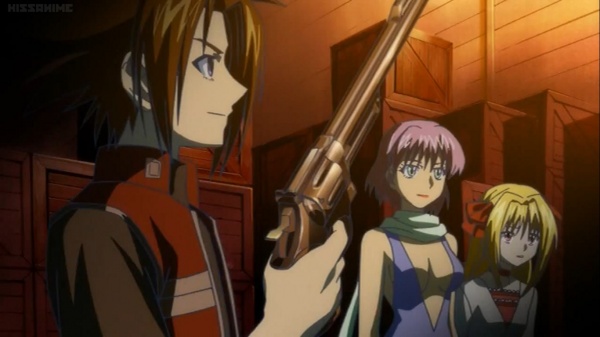