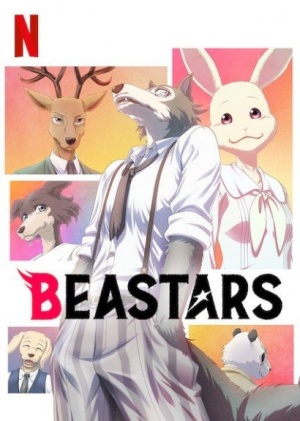 Beastars (2019-2021)
Beastars (stylized as BEASTARS) is a 2019 anime series that originally aired on Fuji TV in Japan before being brought to Netflix as a "Netflix Original Anime Series" in 2020. Focusing on a world populated by anthropomorphic animals, the show currently has one season with a second season due in 2021.

The following weapons were used in the anime series Beastars:

M1911A1 pistols are used by various members of the Shishi-Gumi crime organization, most notably being their boss, and can be seen in the episodes "A Wolf in Sheep's Clothing" (S1E10) and "To the Neon District" (S1E11). 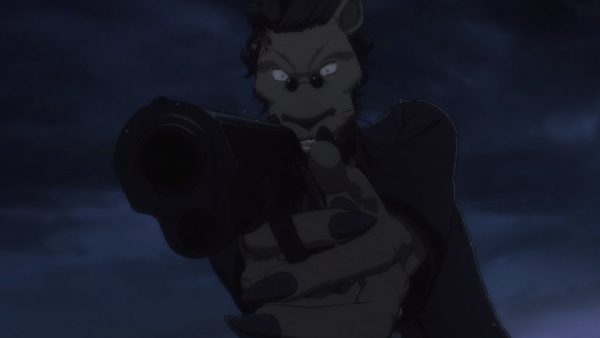 A lion mobster brandishes his M1911A1 in "A Wolf in Sheep's Clothing" (S1E10). As the show primarily uses 3D modeling, it's likely that the same 3D asset was used for all of the 1911s that appear. 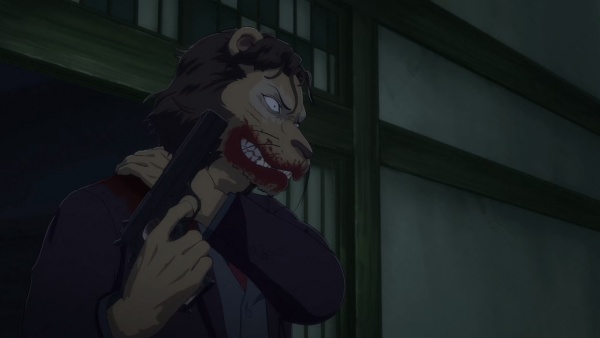 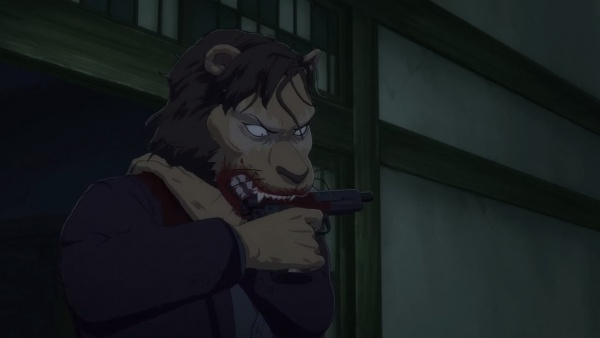 After failing to chamber it with his hand due to the blood, the crime boss (somehow) manages to fully chamber the M1911A1 with his teeth, which really should be impossible, even for a lion. If one looks closely at the visible portion of the grip, it appears that the gun has a curved mainspring housing above the lanyard loop, distinguishing this as an A1 model. 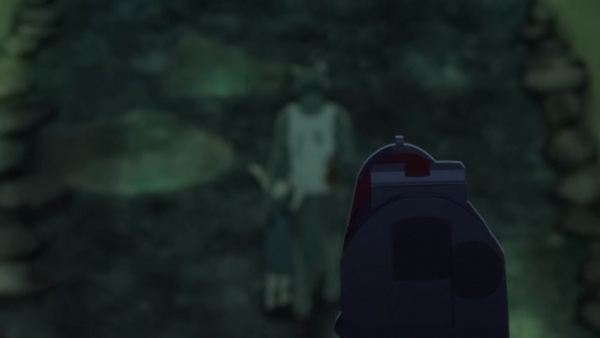 A pretty nice first-person look at the standard "G.I. sights" on the gun.

Louis the red deer is seen with a SIG-Sauer P220 in the beginning of the episode "To the Neon District" (S1E11). It is the early 1st generation model as evident from the uniquely shaped hammer. At different points of the scene it appears in the hammer switches from being cocked to being down and then back again. 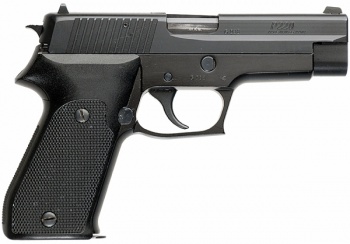 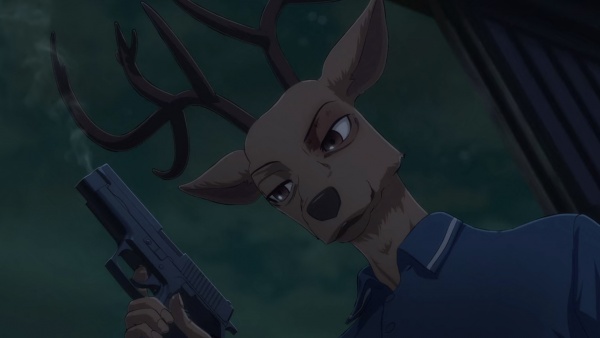 Louis brandishes his freshly fired SIG-Sauer P220. The hammer is a distinct giveaway as to the generation of the gun. Also, despite Louis having fired it, the hammer appears to be uncocked (although it may just be the angle of the shot).
Retrieved from "http://www.imfdb.org/index.php?title=Beastars&oldid=1348955"
Categories: