Around the World in 80 Days is a 2004 action film comedy roughly based on the 1873 novel Le tour du monde en quatre-vingt jours by Jules Verne. This is a typical film for Jackie Chan, acting in the role of Passepartout, with slapstick and kung fu elements. In late 19th century London, two gentlemen urgently need to leave town for quite different reasons: The eccentric gentleman Phileas Fogg has made a bet with friends to circumnavigate the globe in eighty days. The adventurer Lau Xing alias Passepartout hires as his butler to bring home the jade statuette freshly stolen from the Bank of England without making closer acquaintance with the authorities.

The following weapons were used in the film Around the World in 80 Days:

British-Indian troops intercepting the Trio's journey at Agra are armed with Lee-Enfield Mk. I rifles. Despite Jule Verne's novel taking place in 1872, the exact year in this film is never shown. In a scene with newspapers, the year 1871 can be seen once and 1890 twice, but when they reached New York City, the parts of the not yet assembled Statue of Liberty are stored in a harbor warehouse. This actually narrows the plot down to the year 1885, 11 years before the Lee-Enfield was introduced (ignoring the Eiffel Tower completed in 1889 and the 1923 borders of the Republic of Turkey; it will be fine).

Soldiers of a British garrison in Agra prepare themselves to go on the hunt for Passepartout and Phileas Fogg.

Two Lee-Enfield are seen blurred in the background while an officer shows a wanted poster to local peoples.

British soldiers with their slung Lee-Enfields are confident to catch the trio.

A view of the left side of one carried rifle. The grip of the P1888 is seen.

British-Indian soldiers surrounding a suspect in a rickshaw.

The City of Paris depicted in the film is probably familiar to some Tarantino fans. 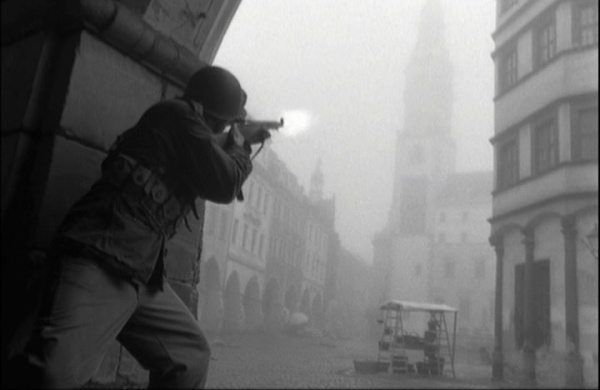