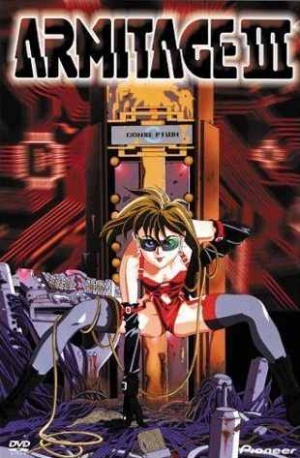 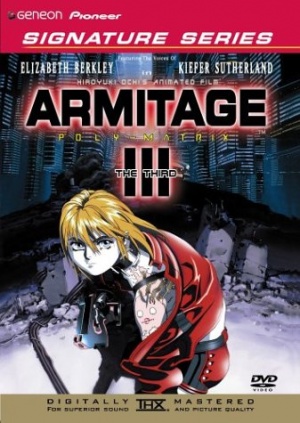 The following weapons were used in the OVA Armitage III:

Ross Syllabus carries a custom Para-Ordnance P-14 as his on-duty weapon. The weapon has been customized with a flared magwell extension and wood grips. 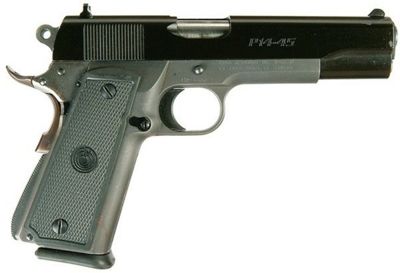 A production sketch of Syllabus's sidearm. 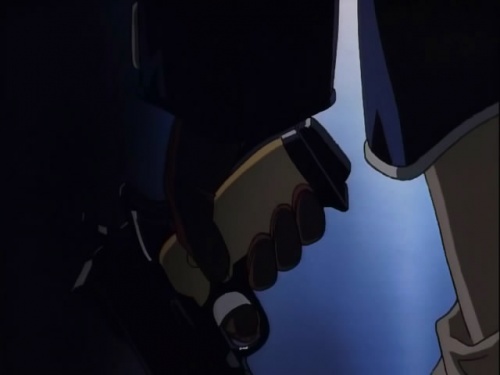 Naomi Armitage's sidearm is a fictional handgun called the ORDINA. The weapon's exterior consists largely of an ergonomic shell (fittingly colored pink), though the slide shows influence from the Glock design. The weapon also features a unique safe-carry system; the weapon is carried with the chamber empty, and squeezing the (obviously P7-inspired) grip will rack the slide and chamber the first round. The ORDINA also features a ported barrel. 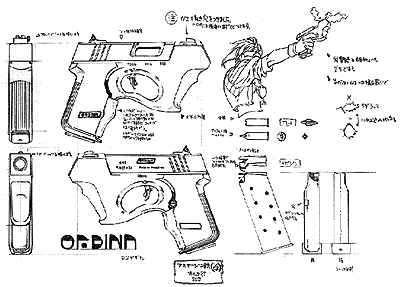 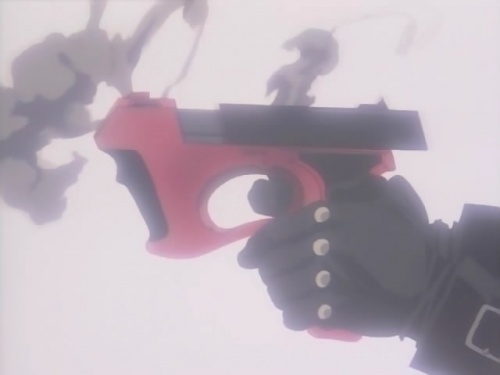 Armitage fires the ORDINA during the opening sequence. Note the gas escaping from the barrel porting. 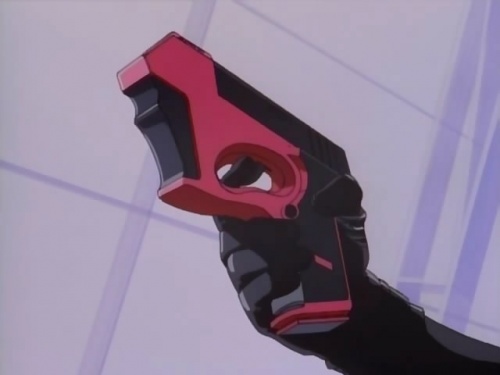 Armitage draws her ORDINA in an attempt to arrest D'anclaude

A Heckler & Koch P7 with wood grips can be seen on Syllabus's desk. 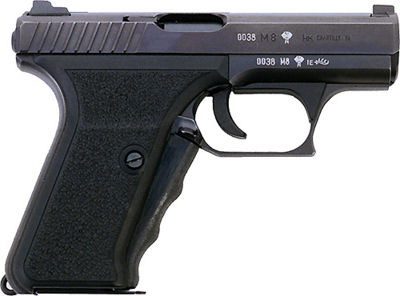 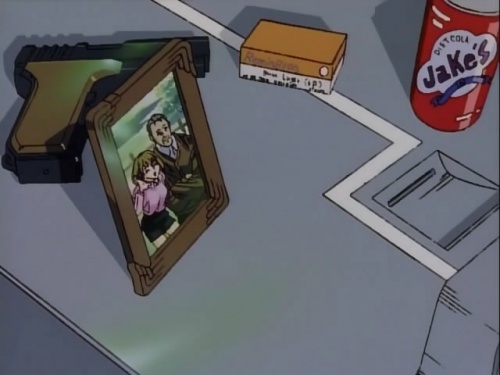 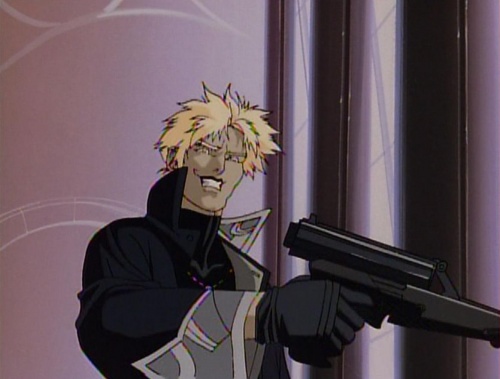 D'anclaude prepares to unload his Calico in the middle of the spaceport terminal. 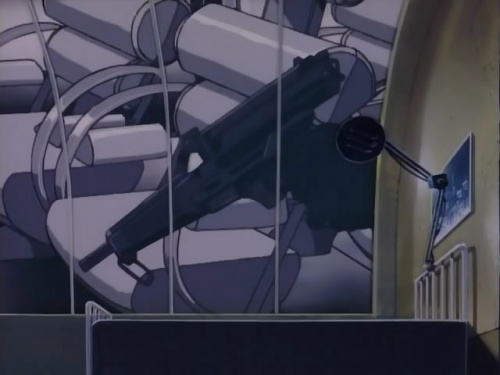 The soldiers guarding the hospital where D'anclaude is being held are all armed with a fictitious bullpup assault rifle. 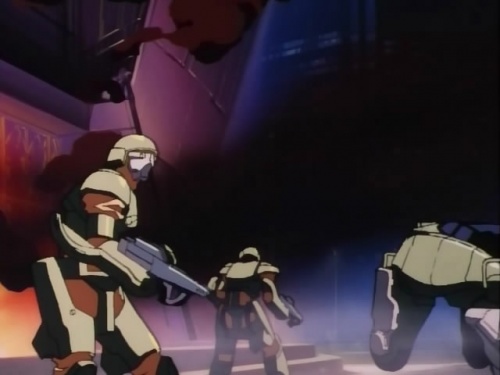 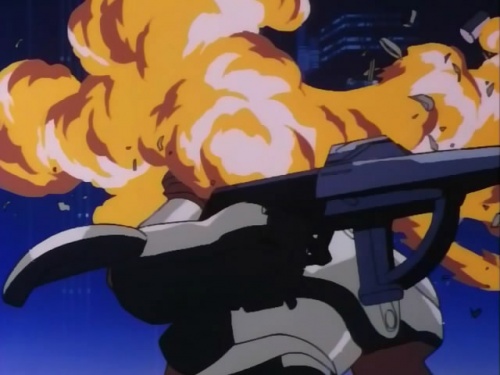 When Armitage and Syllabus break into the hospital where D'anclaude is being held, Syllabus is armed with a fictional six-shot grenade launcher. While the weapon is fictional, the rotating cylinder it uses as well as its overall aesthetic feel is similar to the ARWEN 37. 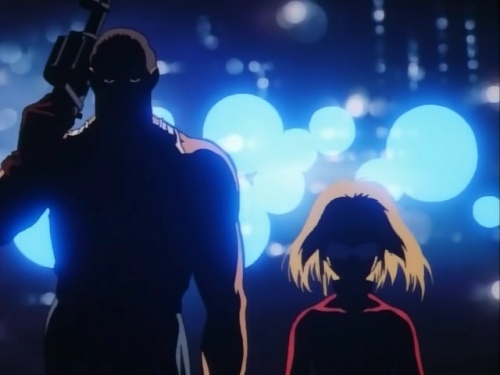 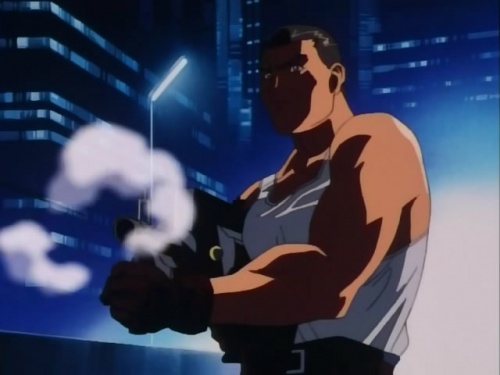