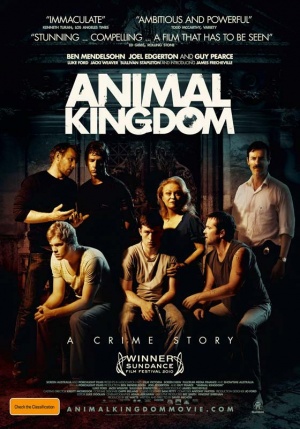 Animal Kingdom is a 2010 crime drama set in Melbourne, Australia. Loosely based on the real-life story of the Pettingill family and the Walsh Street Shootings in which two police officers were murdered, Animal Kingdom follows Joshua 'J' Cody (James Frecheville), a 17 year old who finds himself having to move in with his grandmother 'Smurf' and her sons when his mother dies after overdosing on heroin. He then discovers the criminal enterprise his relatives are involved in and is caught in the middle when tensions between the Cody family and the police explode. The film was adapted in the US as a TNT television series that premiered in 2016.

The following weapons can be seen in the film Animal Kingdom: 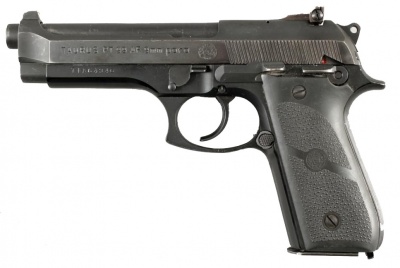 Craig (Sullivan Stapleton) removes a Taurus PT99AF from his glove box to give to 'J'.

'J' (James Frecheville) looks at the Taurus in his hand.

Show him who's king. 'J', encouraged by Uncle Craig, holds the Taurus on a Lebanese thug.

The Glock 17 is seen used by police officers working for the Witness Protection Program. 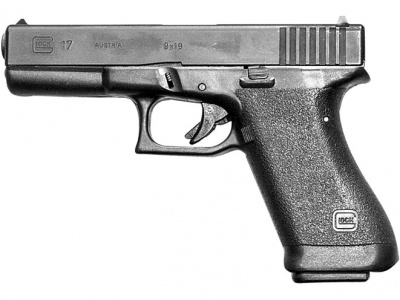 The officers put down their Glocks in surrender.

The Smith & Wesson Model 10 is seen used by numerous police officers during the film.

Constable Daniel Hordon (Tim Phillipps) is handed a Smith & Wesson Model 10 by the Deputy Sergeant when he begins his shift.

Constable Hordon dry fires the Model 10 to check that it's in order.

A police officer aims his sidearm.

A SIG-Sauer P226 is used by a Victorian SOG (Special Operations Group) Officer.

An SOG officer draws his SIG.

An SOG officer points his (unloaded) SIG-Sauer Pistol at 'J' to scare him.

An unknown 12 Gauge Double Barreled Shotgun, appearing to be a sawn-off model, is used by Darren Cody (Luke Ford) to shoot the two police officers.

Craig (Sullivan Stapleton) throws a Ithaca 37 into the backseat of his car.

Craig loads a shell into the Ithaca.

Craig running from the police with the weapon in hand.

A Police Officer takes a Remington 870 Folder from a fellow Officer.

The same officer with his Remington 870 Folder.

An SOG officer armed with an M4A1 Carbine arrests 'J'.

An SOG officer armed with an M4A1 Carbine.