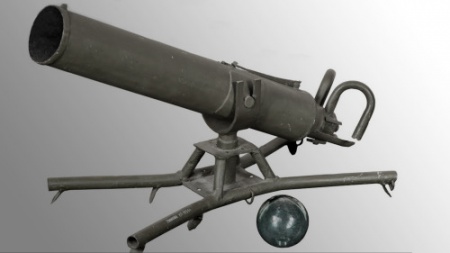 The Ampulomet (or Ampulomyot) was an expedient anti-tank weapon which launched a 125 mm incendiary projectile made of spherical glass. This weapon was introduced in 1941 and used (to a limited degree) by the Red Army in World War II, but by 1942 was largely obsolete.

The Ampulomet Model 1941 and variants can be seen in the following films, television series, video games, and anime used by the following actors: