Amistad (Spanish for Friendship) is a 1997 drama directed by Steven Spielberg. 1839: On the slave ship "Amistad" it comes to a mutiny. The 40 rebels are threatening the death penalty in a country whose official policy still supports slavery. The accused remains only a hope: The young lawyer Roger Baldwin (Matthew McConaughey) and John Quincy Adams (Anthony Hopkins), the last surviving founding fathers of American independence and one of the first presidents of the young democracy.

The following weapons were used in the film Amistad:

The Spanish captain is seen using a Flintlock Pistol when trying to put down the mutiny. 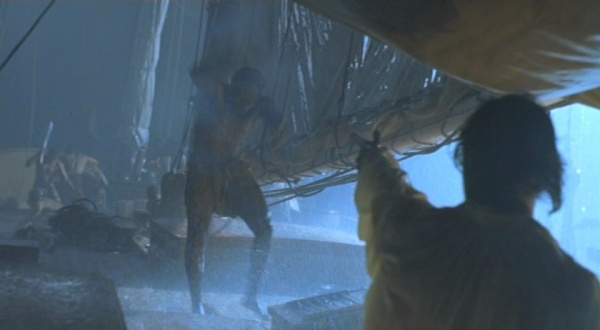 The captain fires the pistol. 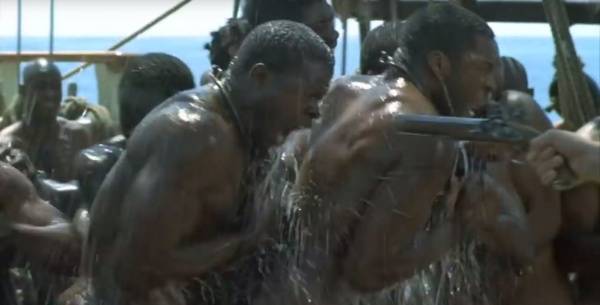 A Portuguese sailor holds the pistol.

US soldiers and prison guards are armed with Springfield Model 1795 muskets. A Spanish captain is also seen with this musket at the beginning. Some members of the Royal Marines are also armed with this musket. The use of American muskets by the Spanish and especially by the British in this era is historically dubious. 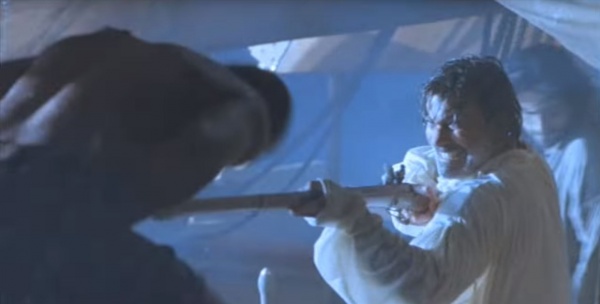 The captain of the Amistad uses the bayonet of his musket to repel prisoners. It likely stands in for a Spanish musket considering that Spanish muskets from this era or even their replicas are extremely rare. 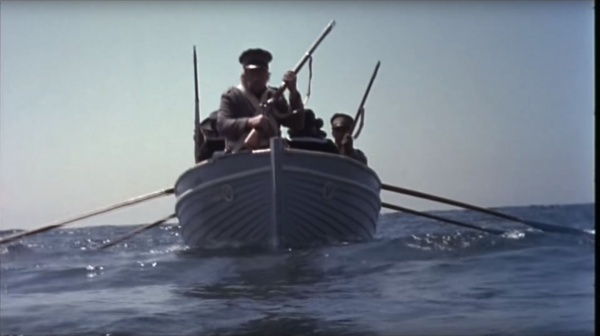 A US sailor with the musket. 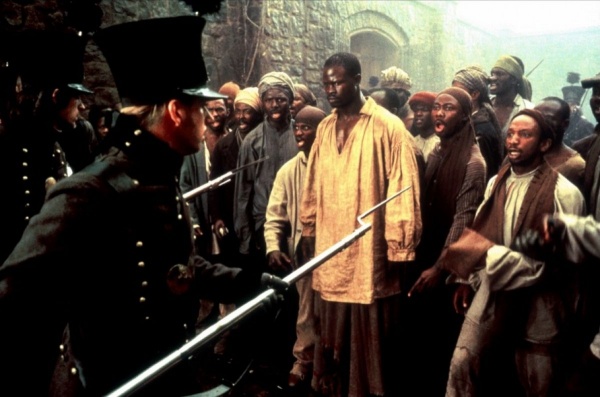 Sengbe Pieh (Djimon Hounsou) is seen with a Blunderbuss onboard the Amistad.

The Brown Bess Flintlock Musket is used by Royal Marines as they free the prisoners held at the Lomboko Slave Fortress. 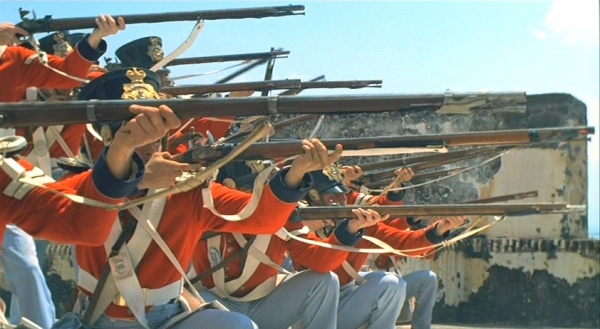 Royal Marines take aim with their musket. The upper and the front are Springfield muskets, a highly unlikely weapon for the British considering the US–British relations in this era. The Springfields were likely used due to the lack of sufficient Brown Bess muskets. 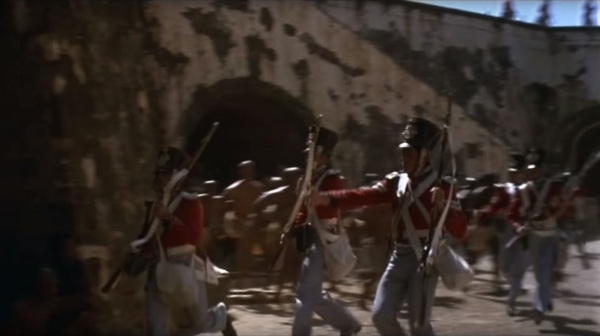 Royal Marines running with their muskets.

In the epilogue of the film, a Civil War battle is seen where both Union and Confederate soldiers use the Enfield Pattern 1853 rifle. 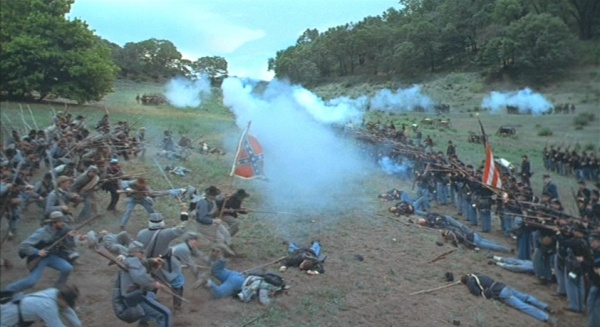 In the epilogue of the film, a Civil War battle is seen where both Union and Confederate soldiers use the Enfield Pattern 1853 rifle.
Retrieved from "http://www.imfdb.org/index.php?title=Amistad&oldid=1330146"
Categories: