A Holy Place (Sveto mesto) is a 1990 Yugoslavian mystery horror, loosely based on the novel of the Nikolai Gogol Viy. This is the fifth ecranisation of the Gogol's novel. The first (1909), second (1912) and third (1916) are belives to be lost, the fourth is the well known Viy or Spirit of Evil (which is very close to original text), the sixth is The Power of Fear (Vedma) (2006) and the seveth is the Forbidden Empire (2014) (althought the 2006 and 2014 movie are very loosely based on the original novel).

The following weapons were used in the film A Holy Place (Sveto mesto):

Doroš (Danilo Lazovic) uses Remington 1863 Zouave at the one scene. It's a very strange gun for the 19th century Eastern Europe, but this gun also appeared in numerous ither Yugoslavian movies, like Old Shatterhand and Old Surehand. 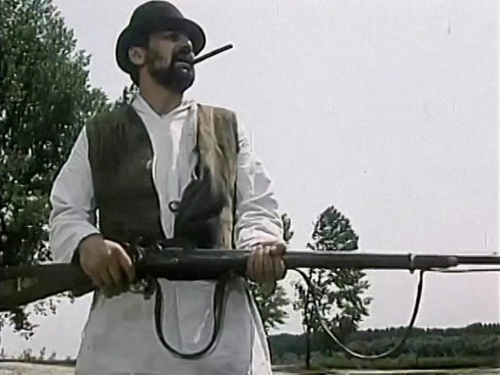 Doroš aims his rifle the front sight, muzzle and ramrodd position can be seen. 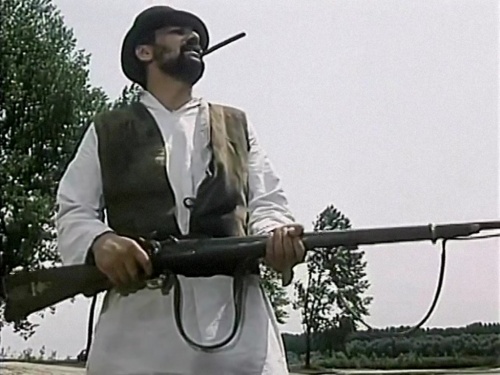 The patch box on the buttstock, hammer and the sling, attached to the trigger guard can be seen. 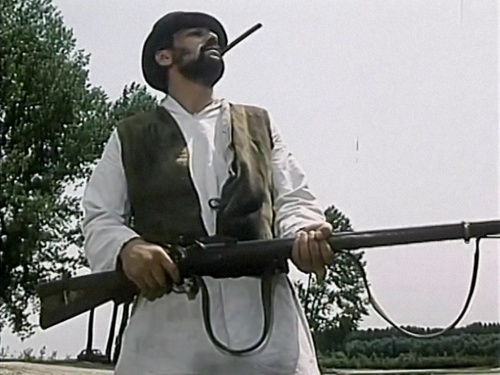 The rear sight can be seen. 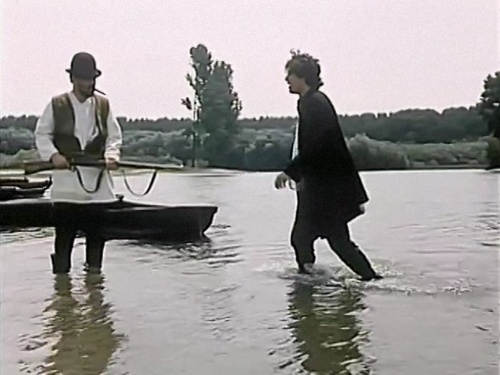 The gun leinght can be seen.
Retrieved from "http://www.imfdb.org/index.php?title=A_Holy_Place_(Sveto_mesto)&oldid=1260350"
Categories: