4 for Texas is a 1963 western comedy movie directed by Robert Aldrich. Zack Thomas (Frank Sinatra) and Joe Jarrett (Dean Martin) first meet after the bandits attack on the stagecoach which transported the money belonged the railway company and which are claimed by Zack. Joe seized the bags with one hundred thousand dollars and immediately put money in the bank which is yet in the hands of an astute banker Harvey Burden (Victor Buono), Zack's associate. Zack does not know that the banker with him not playing a clean game and must face the hired gunman Matson (Charles Bronson). Meanwhile, Joe decides to invest money in the reconstruction of the casino on old steamer, which is owned by Maxina (Ursula Andress). Zack who courting beautiful Elya Carlson (Anita Ekberg), and it includes diamonds are not going to put up with this development.

The following weapons were used in the film 4 for Texas: 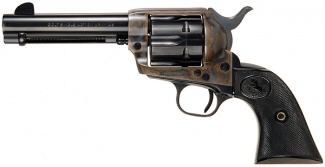 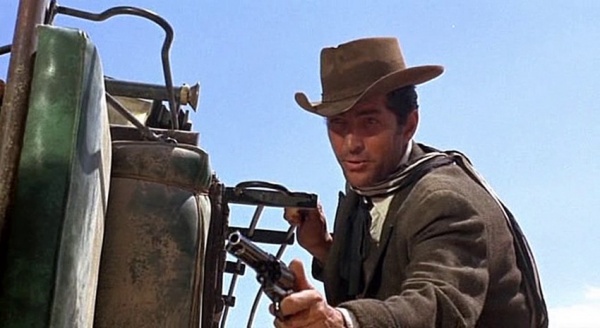 Joe Jarret (Dean Martin) with his revolver loot the money from a carriage. 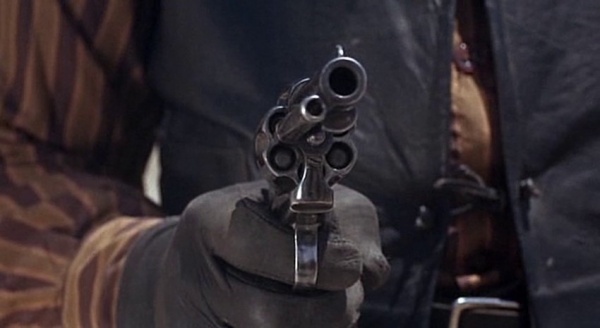 Close up of a SAA "Quick-Draw" in Matson's hand. 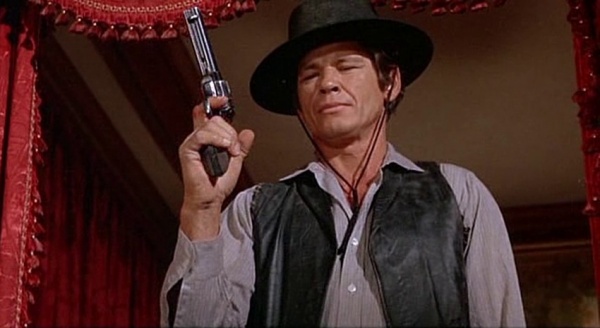 Matson (Charles Bronson) is going shoot at Zack in a restaurant. 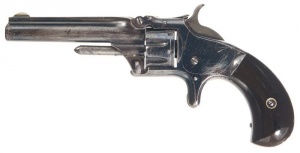 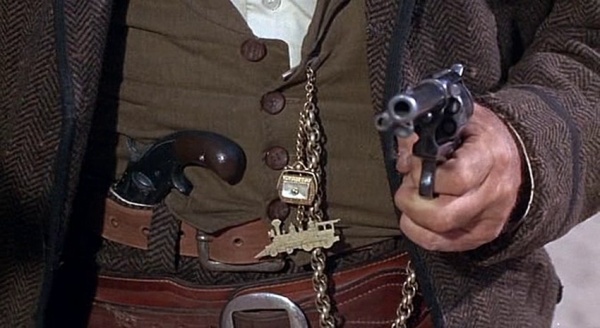 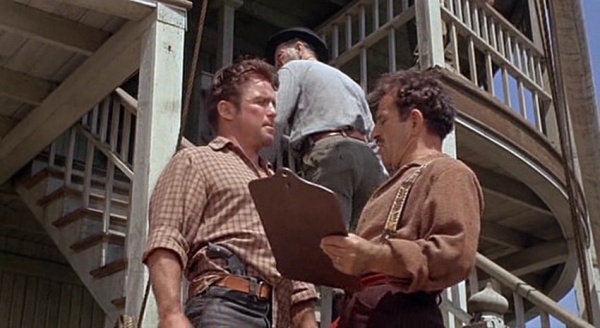 Another model of the weapon confiscated of to one laborers by the foreman on the steamboat. 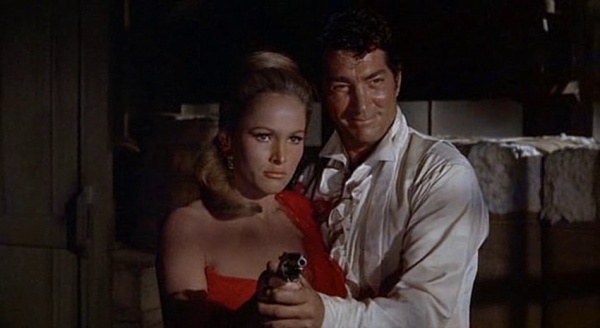 Maxine Richter (Ursula Andress) has in her sights Zack. 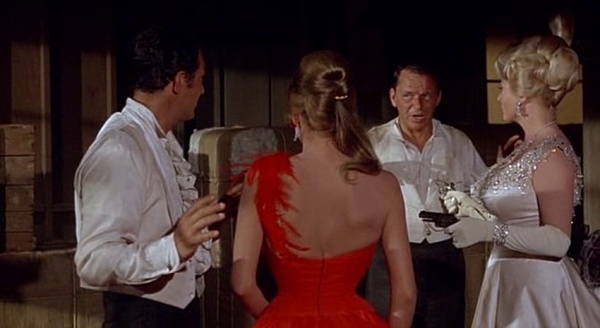 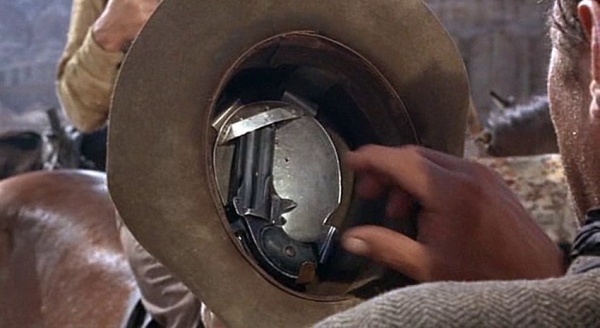 In a showcase in the Zack's office among guns hanging a Colt 1860 Army revolver with a two-tone finish. 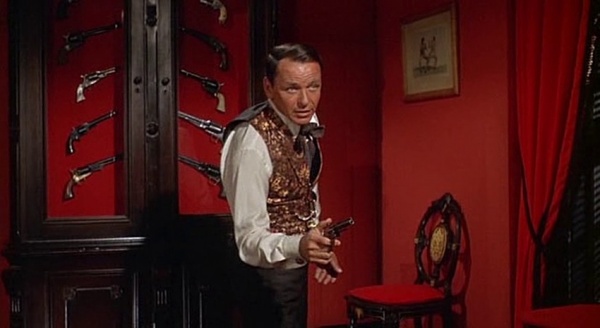 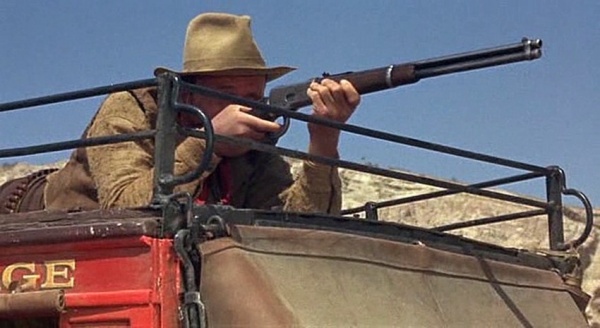 Zack Thomas (Frank Sinatra) fired on the pursuer from the roof of the carriage. 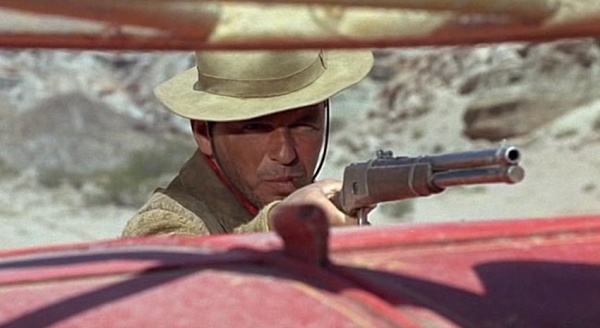 Zack downed Joe Jarrett off the horse with one hand. 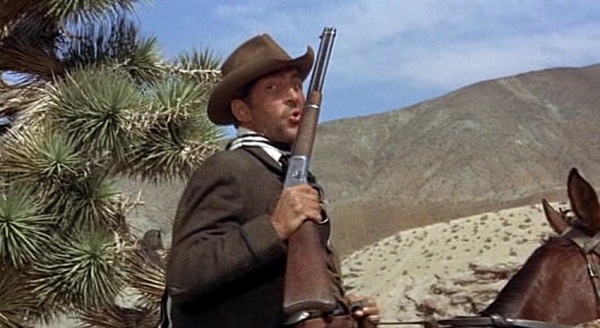 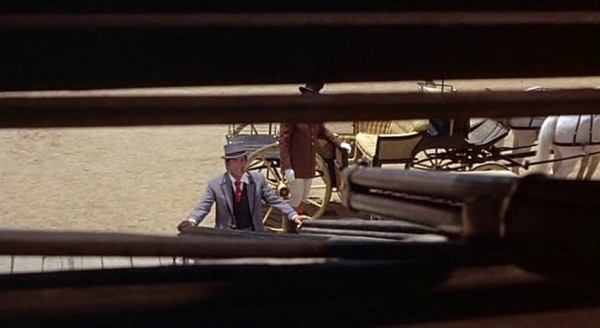 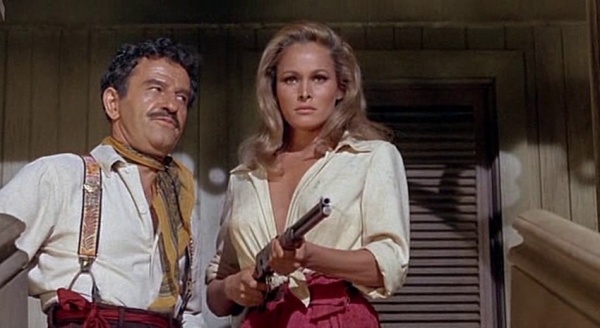 The rifle is owned by Maxine Richter (Ursula Andress).
Retrieved from "http://www.imfdb.org/index.php?title=4_for_Texas&oldid=1105918"
Categories: