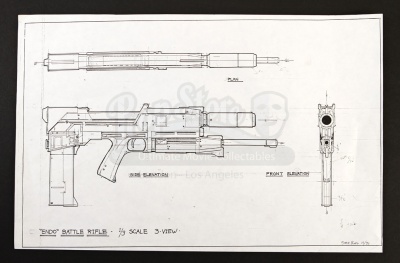 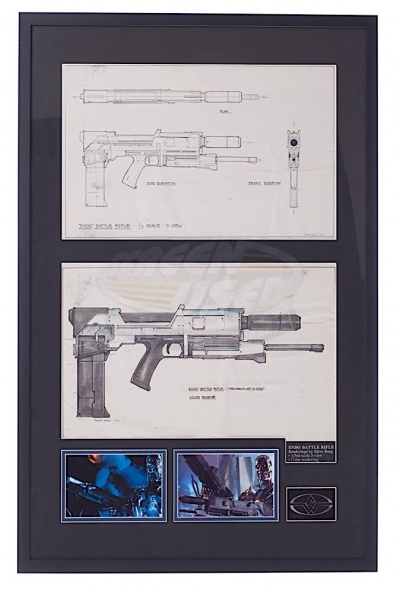 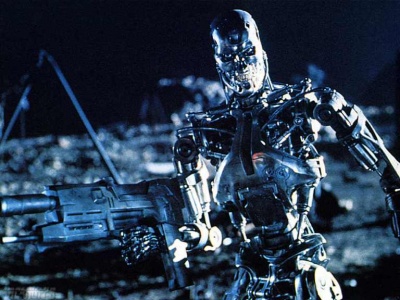 A fictional plasma weapon with a unique bullpup layout that is seen being used by Terminators in the future scenes of the films Terminator 2: Judgment Day, Terminator: Dark Fate and also some episodes of Terminator: Sarah Connor Chronicles. This weapon was built on the Calico M-960 9mm submachine gun.

The Endo Battle Rifle has appeared in the following: