So Ra No Wo To ( ソ・ラ・ノ・ヲ・ト , Sounds of the Skies) is a Japanese anime television series produced by A-1 Pictures and Aniplex and directed by Mamoru Kanbe. The anime began airing in Japan on the TV Tokyo television network on January 5, 2010.

Rio and Noel both use the Mauser M712 as their sidearm during patrols and the confrontation with the Seize "mafia". 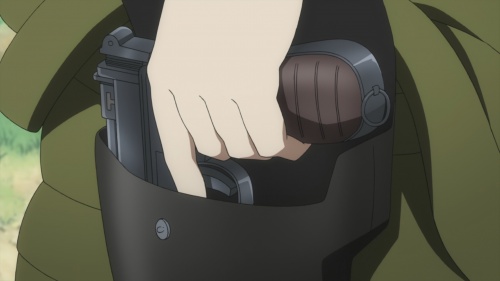 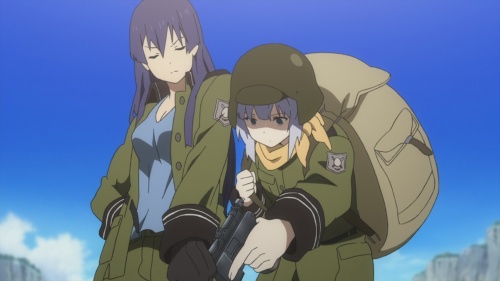 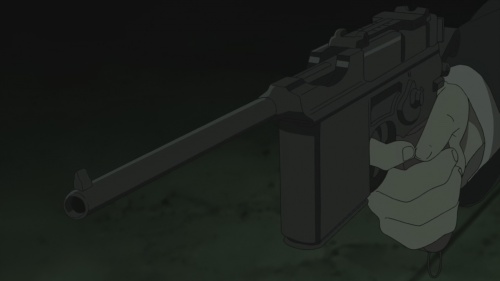 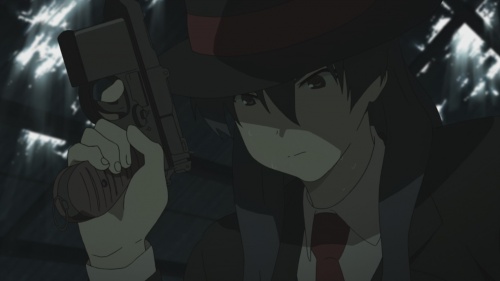 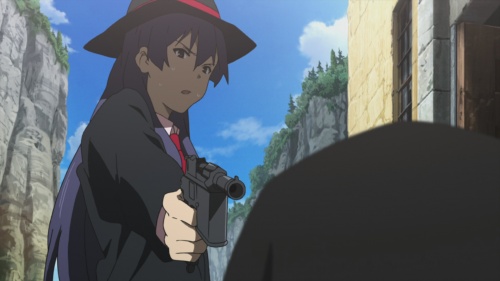 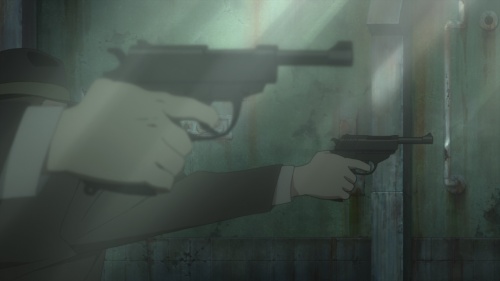 A Colt M1911A1 is found in Aisha's bag and is the service pistol of the Roman military. 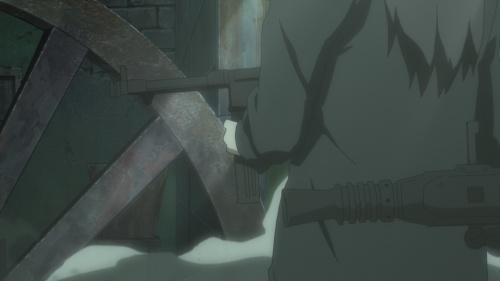 Kanata and Kureha are seen with the Karabiner 98k during exercises and patrols. Is the service rifle of the Helvetian military. 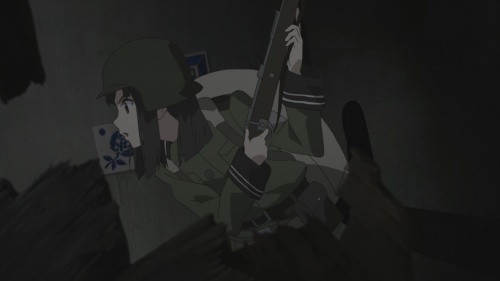 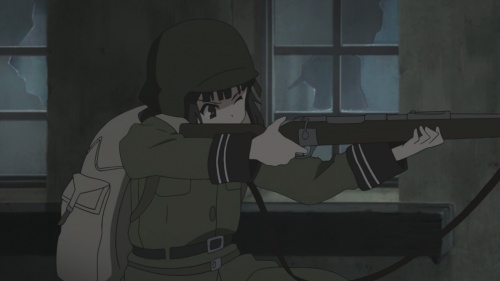 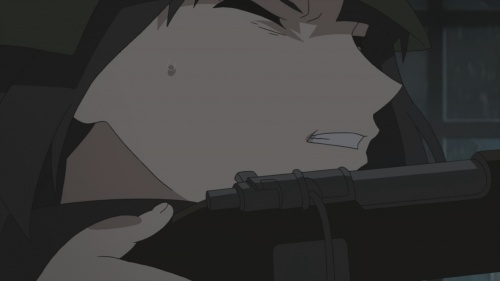 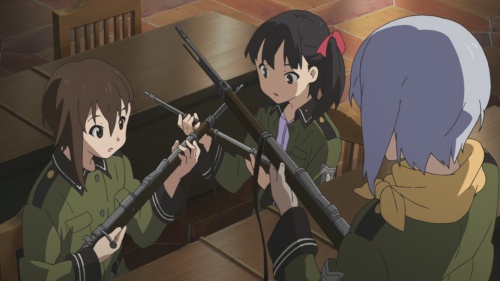 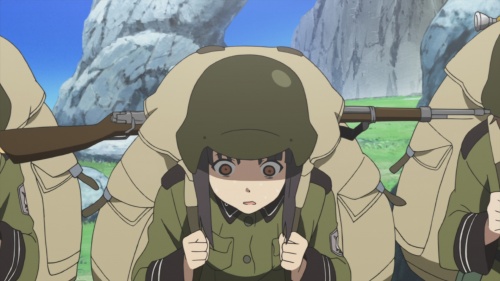 Noel uses a MG42 in the confrontation with the Seize "mafia". 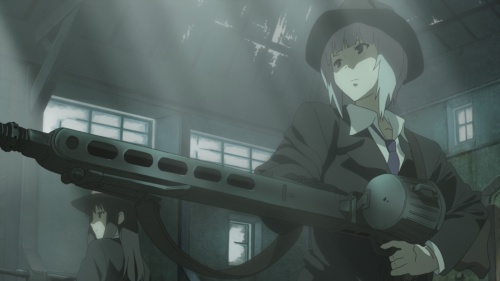 The Howa Type 89 is seen lying next to the corpse of a JGSDF soldier. 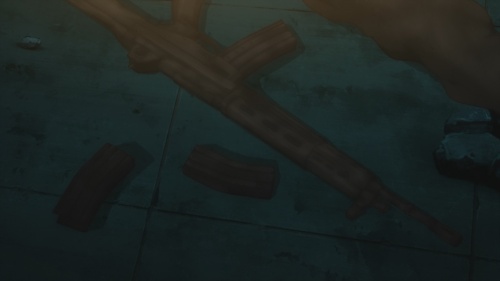 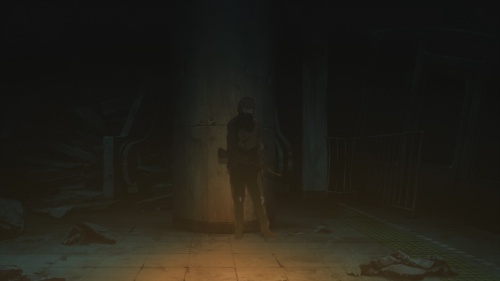