ROKS (Rantseviy Ognemyot Klyueva-Sergeeva, literally "Knapsack Flamethrower by Klyuev and Sergeev") is a series of Soviet man-portable flamethrowers. The first model, ROKS-1, was designed in early 1930s but wasn't put into service. The second version ROKS-2 was issued in mid-1930s and used by Soviet Army in Winter War and WW2. In 1942 it was replaced with the improved ROKS-3.

The fuel and gas tanks (capacity: 9 litres (2.4 US gal)) of ROKS flamethrowers were concealed in a metal casting, resembling an ordinary soldier knapsack, and the flame projector resembled a standard Mosin Nagant Rifle, so the operator of the flamethrower generally looked the same as other soldiers until the weapon fires. The fuel was propelled by pressurized nitrogen gas and ignited by firing specially modified 7.62x25mm TT cartridges: this was a necessity as gas torch-ignited flamethrowers perform poorly in extremely cold conditions. The effective firing range was 25 m (27.3 yards), and maximum around 45 m (50 yards).

Outside of USSR, ROKS flamethrowers were issued by Finnish army (as Liekinheitin M/41-r) and in post-WW2 era by North Korea. They were replaced in Soviet service by the LPO-50 flamethrower in the 1950s. 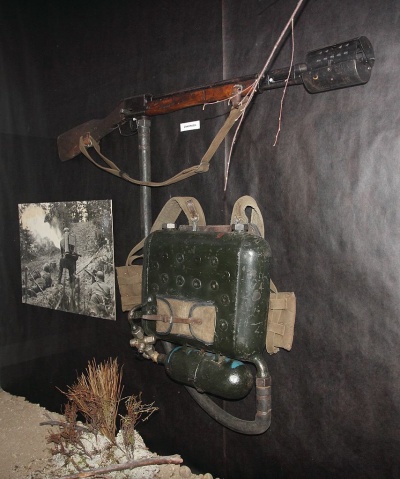 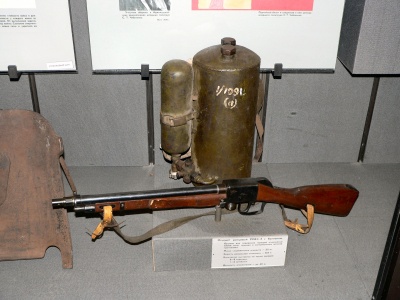