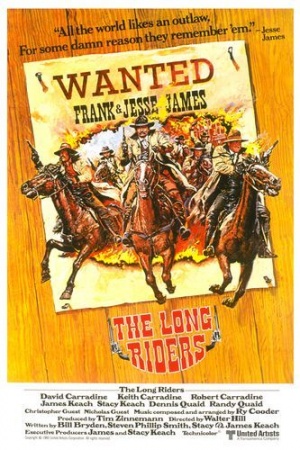 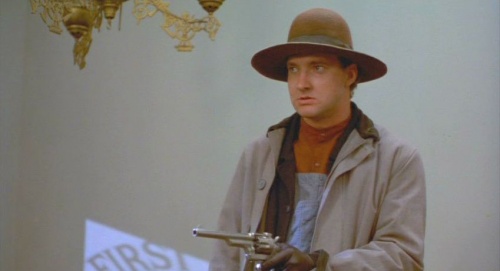 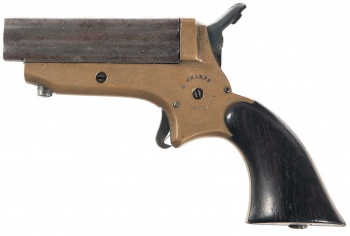 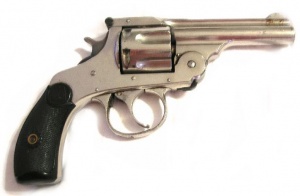 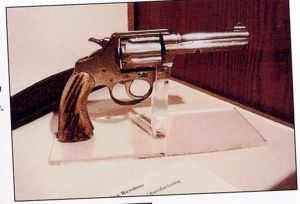 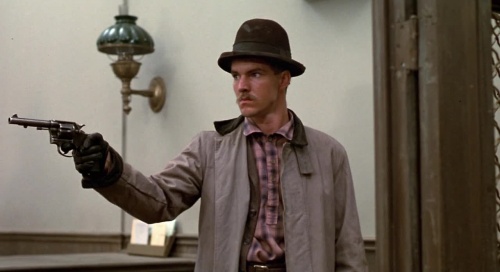 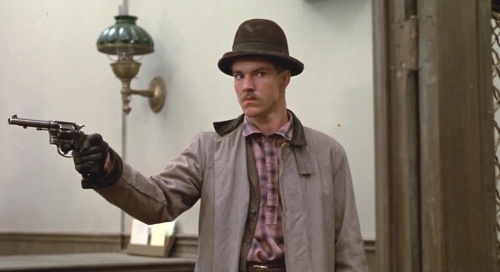 Ed holds his revolver on the civilians. 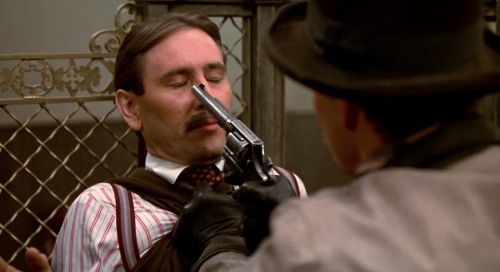 Ed sticks his revolver in the store clerk's face. 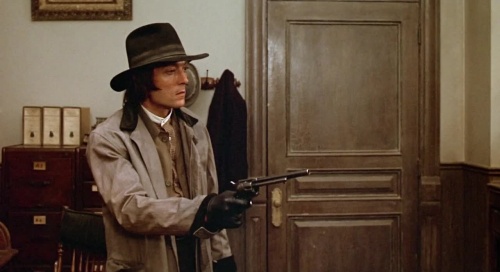 Jesse James with what appears to be a Single Action Army cavalry model 7.5" barrel. 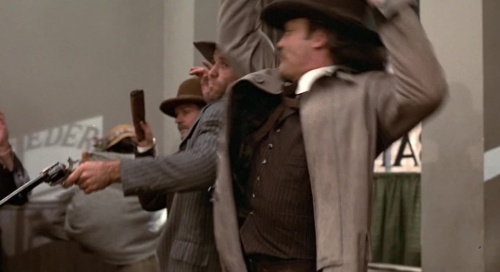 A mid-action shot of a SAA cavalry model wielded by one of the bank customers. 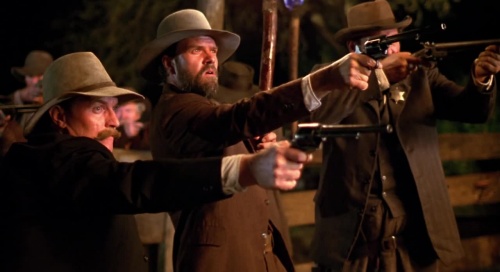 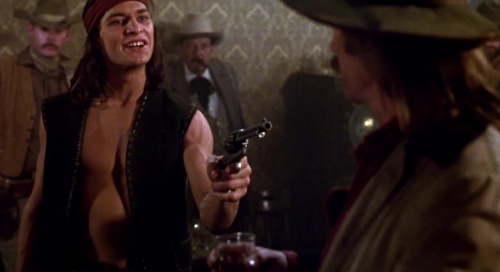 Sam Starr aims his SAA (with a 5.5" barrel) at Cole Younger. 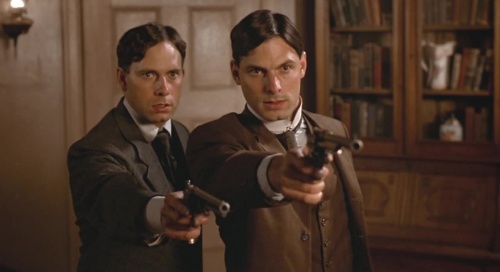 Harrington & Richardson Topper Shotgun - 12 gauge. This is a common single barreled breach loading top break shotgun.
File:TLR 01.jpg
500px
File:TLR 14.jpg
"I would throw that shotgun away!"
File:TLR 30.jpg
"Goddamn Pinkertons!" Note that the barrel is shorter than a regular Harrington & Richardson compared to the gun carried by Cole Younger.