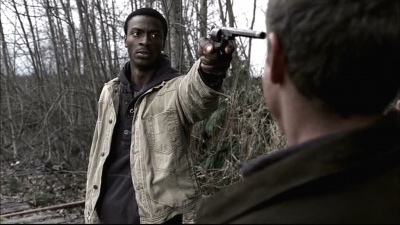 Aldis Hodge with a Colt Paterson 1836 as Andrew Gallagher in Supernatural - Season 2.

Aldis Hodge is an American actor who is best known to television audiences for his role as Alec Hardison in the series Leverage. In addition, he has appeared in such films as Straight Outta Compton, Die Hard with a Vengeance, A Good Day to Die Hard, and Jack Reacher: Never Go Back. He also is the brother of fellow actor Edwin Hodge.