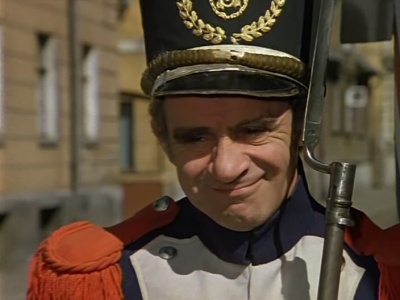 Zinoviy Efimovich Gerdt (September 21, 1916 – November 18, 1996) was a famous Soviet and Russian screen and stage actor and voice actor, a master of comedy roles. In 1990 he was awarded the title of People's Artist of the USSR, and he also got many other awards for his roles.