From Internet Movie Firearms Database - Guns in Movies, TV and Video Games
(Redirected from Who Finds a Friend Finds a Treasure)
Jump to navigation Jump to search

Who Finds a Friend Finds a Treasure (original title Chi trova un amico trova un tesoro) is a 1981 Italian-American adventure comedy directed by Sergio Corbucci and starring comedy duo Terence Hill and Bud Spencer as two adventurers who are trying to find a treasure on a remote island in Pacific.

The following weapons were used in the film Who Finds a Friend Finds a Treasure (Chi trova un amico trova un tesoro): 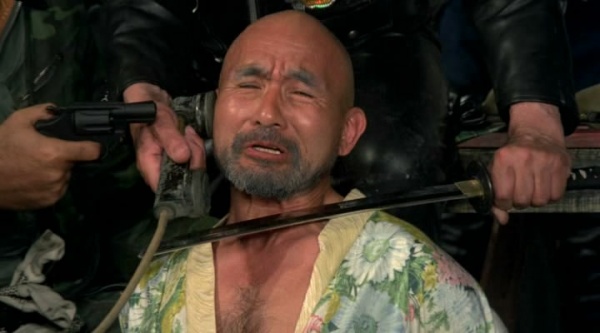 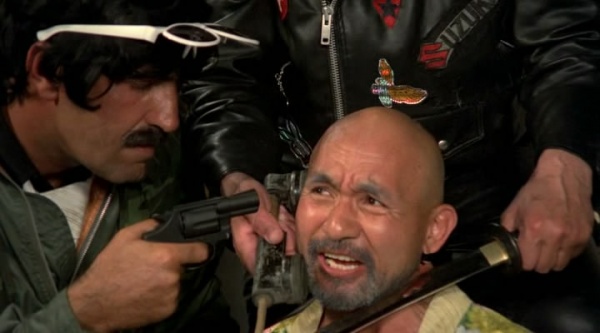 In the same scene Frisco's revolver switches to another one that resembles a Smith & Wesson Model 19. 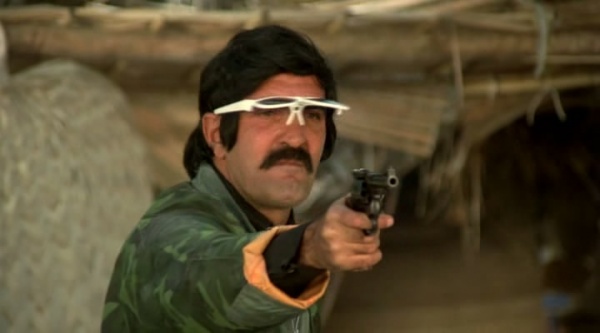 In the opening scene one of Frisco's henchmen (Giovanni Cianfriglia) draws a revolver that appears to be a Smith & Wesson Model 36. 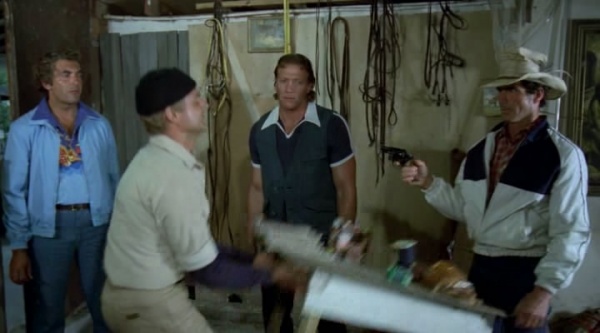 The henchman in white hat aims his revolver at Alan.

While an Arisaka would be the best fitting rifle for Kamasuka (John Fujioka), a Japanese soldier who continues to fight thirty-five years after the war, he uses several Lee-Enfield No.4 Mk.I rifles. One of them Kamasuka carried himself, and several others he uses as "remotely controlled". 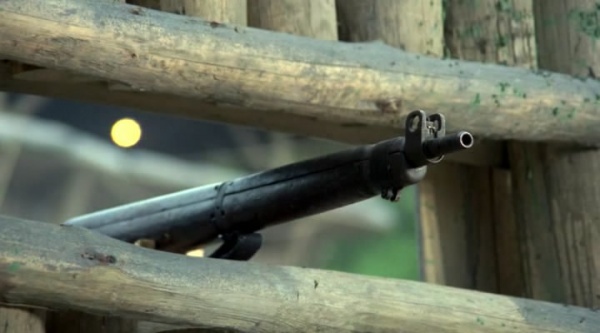 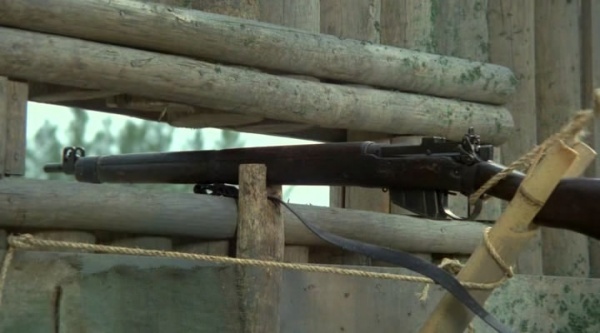 An SMLE is fired by pulling the cord. However it can fire only once as there is no way to move the breach handle. 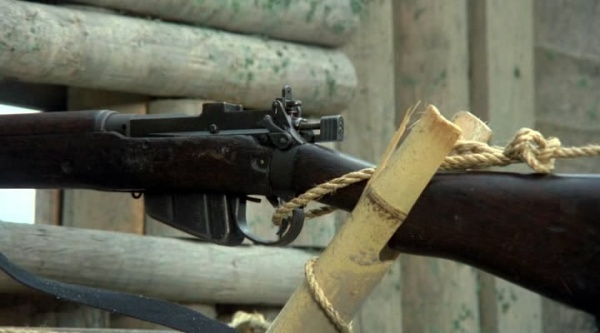 Wooden mockups of Lee-Enfield are also seen in the movie. 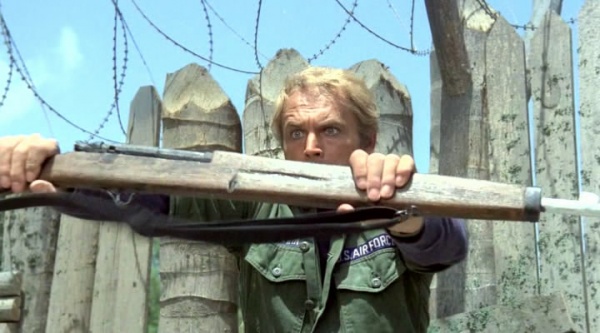 Alan grapples one of the rifles and holds it to block the attack... 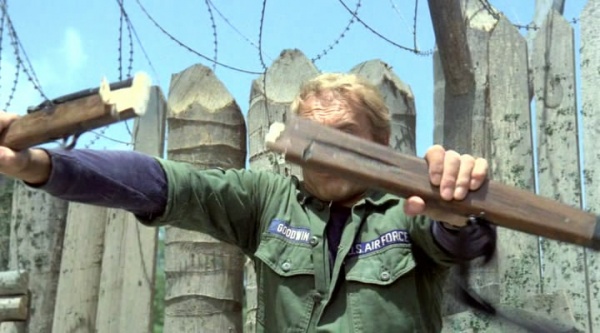 ...but Kamasuka's sword cuts it in halves. 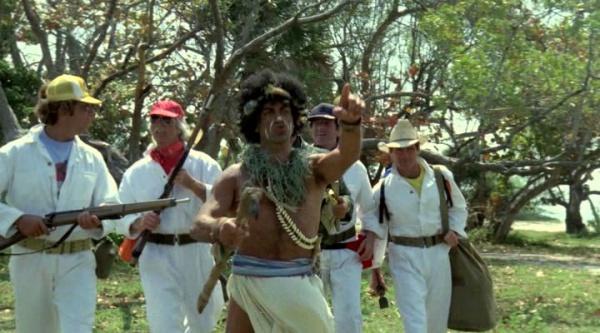 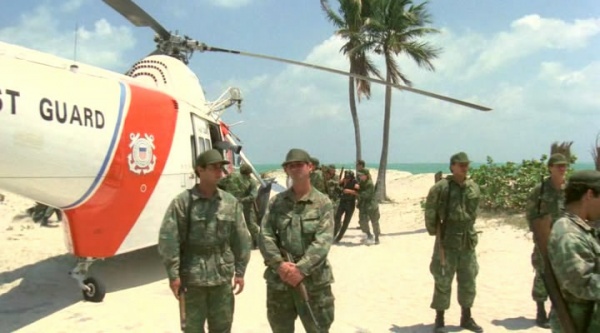 In the final scene several of US Coast Guard personnel carry M1 Carbines.

An M1 Carbine is seen in hands of one of Coast Guard personnel.

During the fight for the fortress Kamasuka (John Fujioka) uses a machine gun that appears to be an acetylene-firing mockup rather than a real gun. It has spade grips and an M1919-style barrel. 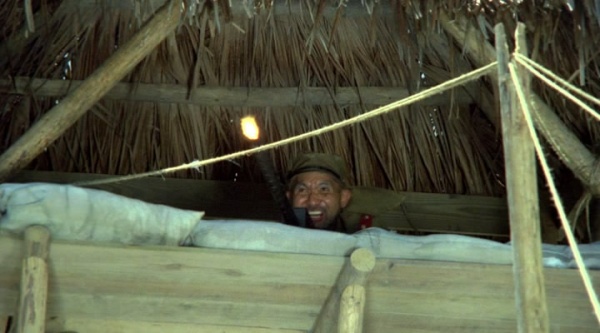 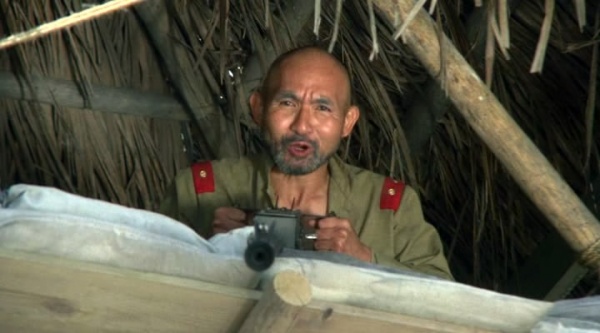 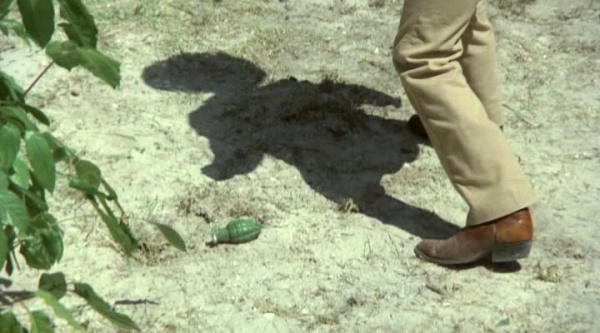 Alan nearly steps on a grenade.

Alan and Charlie use a war-time Japanese tank to attack the fortress. The tank is a specially made self-moving mockup that doesn't fit any real vehicle but is a generic representation of a light tank. 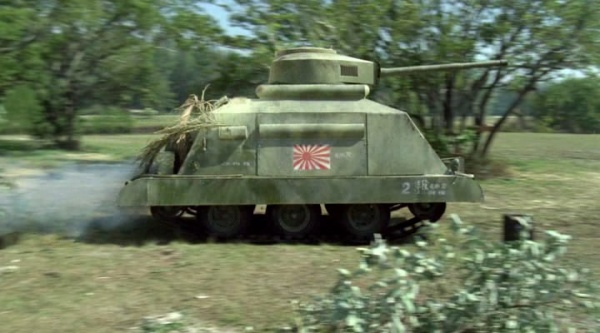 The tank in attack. 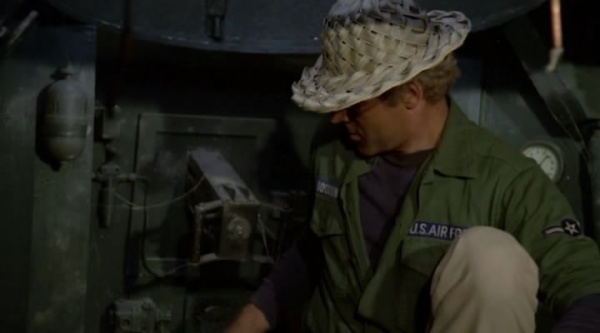 A mockup of a machine gun with spade grips is seen behind Alan. However the barrel isn't seen outside the tank.
Retrieved from "https://www.imfdb.org/index.php?title=Who_Finds_a_Friend_Finds_a_Treasure_(Chi_trova_un_amico_trova_un_tesoro)&oldid=937261"
Categories: