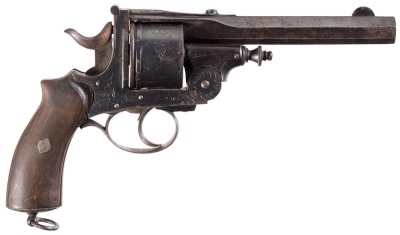 Belgian arms manufacturer Jean Warnant produced a series of top-break double action revolvers in 1870s-1890s. They were chambered mostly in large calibers, such as .450. Warnant revolvers weren't issued to any army or law enforcement service, but M1878 Swiss Army revolver was based on Warnant system.

The Warnant Revolvers and variants can be seen in the following films, television series, video games, and anime used by the following actors: