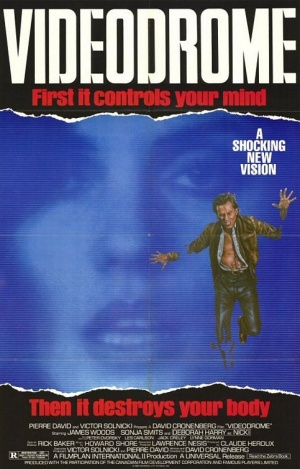 Videodrome is a 1983 Canadian science-fiction horror thriller written and directed by David Cronenberg and starring James Woods as the CEO of a small cable television station who stumbles upon a broadcast signal featuring extreme violence and torture. He soon finds out that the signal actually causes damage to the brain through the triggering of hallucinations. As he gets closer to discovering the origins of the signal, he gets sucked into a world of sadomasochistic sex, left-wing conspiracies, and inhuman bodily transformations.

The following weapons were used in the film Videodrome:

Max Renn (James Woods) uses a Walther PPK at various points throughout the film. It is notably used to kill Barry Convex (Leslie Carlson) in the infamous "Death to videodrome, long live the new flesh" scene. 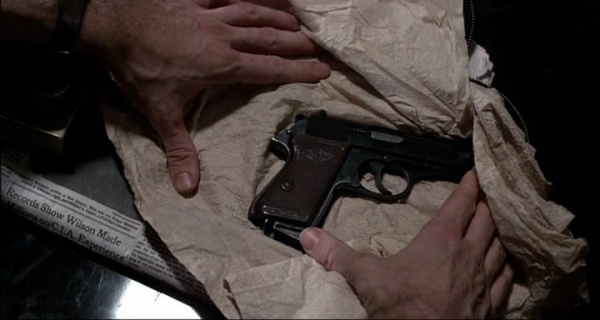 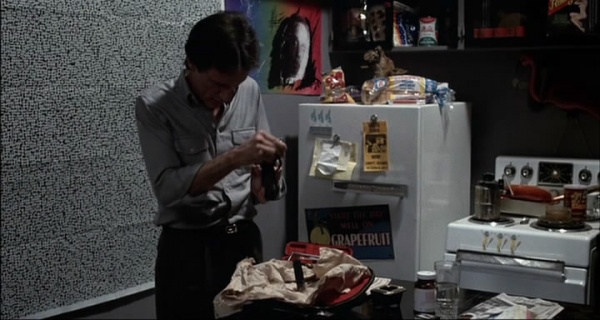 While inspecting the PPK, Max accidentally hits the magazine release, demonstrating his unfamiliarity with guns. 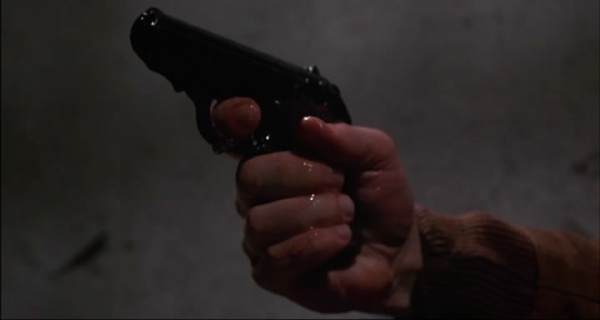 The PPK is covered in slime because Max pulls it out of his chest in a hallucination.
Retrieved from "https://www.imfdb.org/index.php?title=Videodrome&oldid=925970"
Categories: