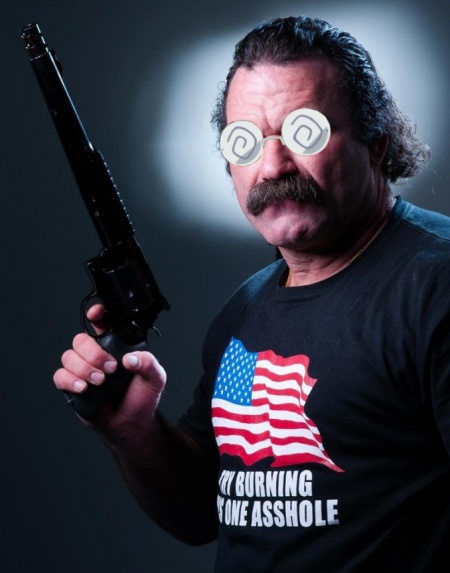 Hello! You have found my shop of strange and wonderful things!

Bulletin - November 19th 2021: I've gotten in a fisticuffs at the Wikipedia-Wikipedia. There's this jerk from Pennsylvania called Jacee215 who has pushed things to personal level. There is a fair risk that he will come here to do some vandalism, as my Wikipedia profile mentions that I have done stuff here.

If there is some weirdo who deletes large chunks of pages here connected to me, it might be him. If you confront him in talk, the ways to tell him is his writing style, as he alters writing style between responses - sometimes using good grammar, capitalization and punctuation and then with random capitalization and punctuation, with lots of unnecessary/clumsy spacing. He will often also fail to use a signature. There is also chance that he will start using eugenics and philosophy-based insults for those who defy him. Also if he makes mention of any Japanese Pro Wrestlers, MMA fighters or non-Japanese guys fighting Japan (esp. famous Sambo practitioner Volk Han) - it's him.

When confronting him, appeal to policy and be concise and decisive with him. Do not - I repeat - do not get in arguments with this guy. He might appear like some punk kid who might "try to do the right thing the wrong way" - but he is a real stubborn piece of work who will exploit your goodwill. You get into prolonged chatter and the damage to your brain will make white phosphorus blush. TrickShotFinn (talk) 12:00, 19 November 2021 (EST) 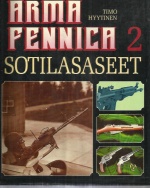 Arma Fennica 2, this book is pretty much responsible for my gun fanaticism

I'm a miltech nerd of sorts. Two things that I love in life are guns and movies... some others also happen to be video games and anime. I discovered this wiki around 2008-ish. On 2014, I decide to join the wiki, thinking my know-how could be of use for the good of the wiki.

My love for guns came mainly for media I was exposed to - PS1 games like Metal Gear and Medal of Honor probably being the starting point for my habit.

Even at age of 11 I've researched guns, using the Finnish Arma Fennica 1 & 2 as help. My time with Arma Fennica changed my life and I've been reading stuff like Jane's, Greenhill Military Manuals, Twentieth-Century Small Arms and such ever since.

I'm not an gun owner myself - since I'm little weird in the head and that's a no-no in Finland. But I do own handful of replica weapons.

I'm pretty on and off visiting this site. So I just dissappear and reappear, because I'm just like that.

And yes, I also do stuff at regural Wikipedia, thanks for asking.

Images that I have uploaded