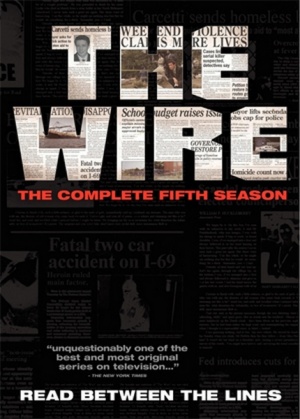 The following weapons were used in Season 5 of the television series The Wire:

Omar (Michael K. Williams) carries a side by side double barrel 12 gauge shotgun of unknown make with sawed off stock in Season 5 when he returns to get revenge on Marlow. In "Late Editions" (S5E09) he is seen with his signature weapon under his coat, but it becomes a (Mossberg 590) in a continuity error. Michael (Tristan Wilds) also wields a double-barrel with a sawed off stock nearly identical to Omar's (likely the same gun being reused in a different scene) in the series finale "-30-" (S5E10). 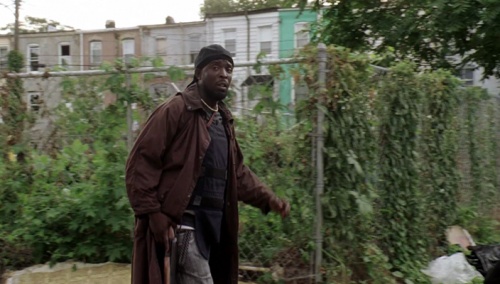 Omar walking down an alleyway with his signature double barrel in "Late Editions." This gun becomes a Mossberg 590 in a continuity error. 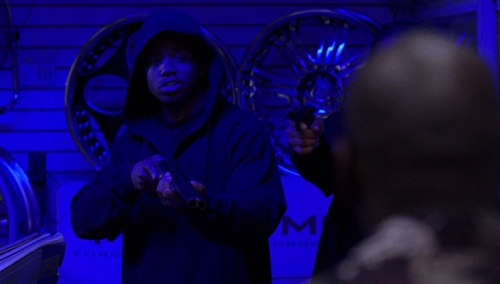 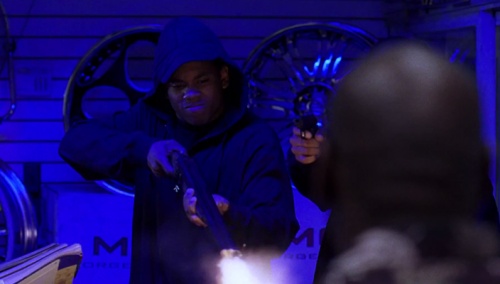 In "Late Editions" (S5E09), Omar robs a pair of corner dealers and their stash house with what appears to be a (Mossberg 590). This is a continuity error, as the gun he was carrying under his coat while approaching the dealers was his signature sawed off double barrel. While Omar did use a pistol-grip Mossberg in previous seasons, this appears to be a different weapon entirely as it has a heat shield and possibly a full stock (it's never seen out of his trench coat). 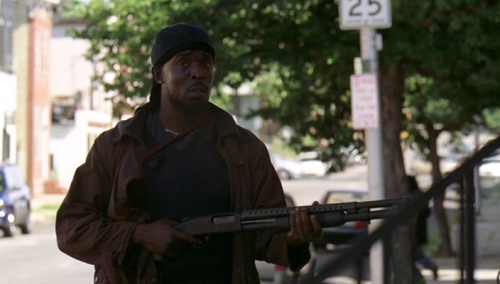 Omar robbing the stash house with his Mossberg in "Late Editions."

Baltimore SWAT officers can be seen with (Heckler & Koch MP5A3) submachine guns during the warehouse raid in "Late Editions" (S5E09). They're seen only briefly, but appear to have the 3-position Navy trigger group. 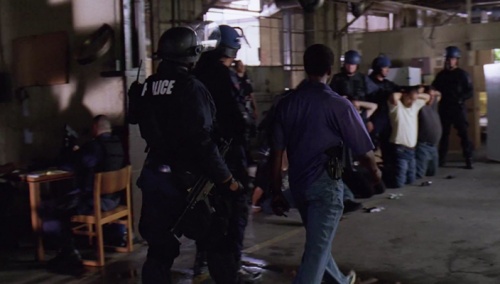 A Baltimore SWAT officer with his MP5 slung over his shoulder, stock extended in "Late Editions."

Baltimore SWAT officers use the (Heckler & Koch G36C) during the raid on the warehouse in "Late Editions" (S5E09). 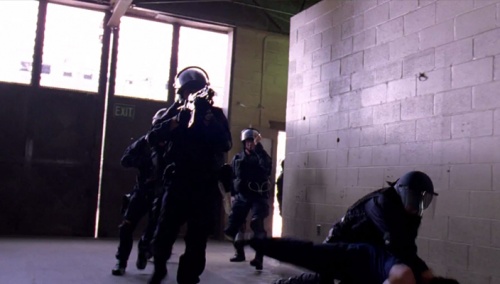 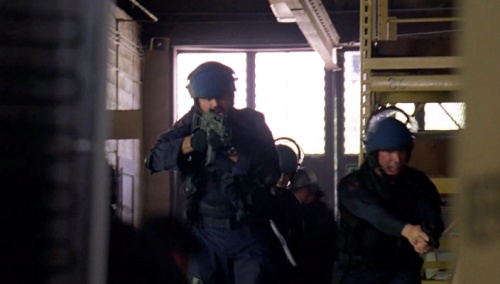 A Baltimore SWAT officer with his G36C during the warehouse raid. 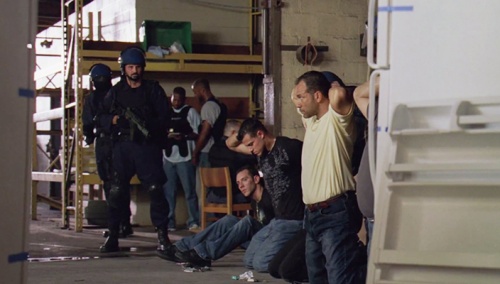 A Baltimore SWAT officer with his G36C.
Retrieved from "https://www.imfdb.org/index.php?title=The_Wire_-_Season_5&oldid=1526140"
Categories: